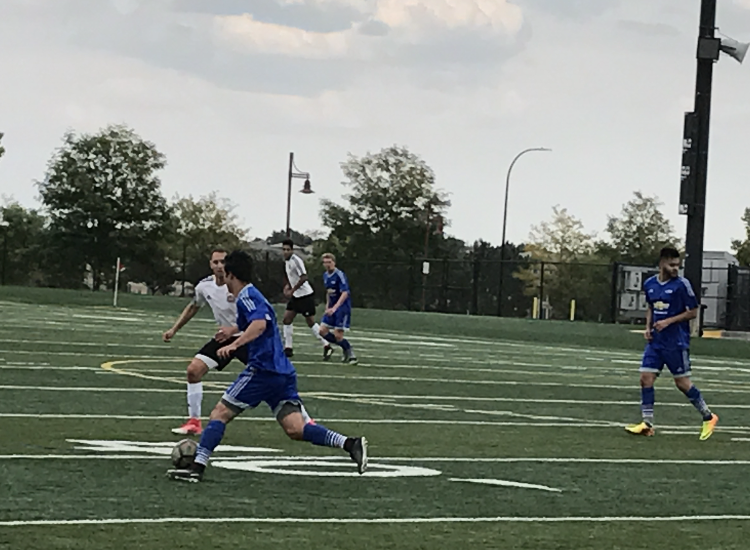 Colorado Rush and FC Boulder are on their way to being the class of the UPSL Colorado conference and are developing a rivalry along the way. In the last match between these clubs the conference championship was on the line and it took the full time, extra time and penalties to crown the champs.

Rush took home the championship for the spring season and right out of the gate had every other team in the conference gunning for them. Lots of teams made changes with players and have a different look coming into the fall season. Rush is no exception as they have a handful of veterans that returned but added a group of new players to the squad.

Boulder also returned a solid group of guys for the fall but have added a couple new pieces as well. They started the season with a quality win against Logrones SC and were hoping to carry that momentum into the game against Rush.

Rush was coming off of a pair of wins but a shaky start to the season where they gave up four goals and were still feeling out how to play with the new additions to the squad. Both clubs are primed and ready for that break through match to set the tone for the season.

Right from the start the game had a high intensity and brilliant soccer from both clubs. Both squads were able to move the ball and generate quality chances early in the game and it didn’t feel like either team was outplaying the other. The first break through came in the 13th minute for Rush when forward Daniel Wright found himself on the end of a rebound that he was able to direct into the back of the net to put Rush up 1-0.

Directly following the first goal, Boulder had a few chances of their own where they were able to capitalize on some poor play out of the back by Rush and get some goes at goal but Rush keeper Cooper Erickson stood tall and kept the net clean.

Late in the half Rush would find the net for a second time on a penalty kick that skipper Nic Hartman converted with ten minutes to go in half to put Rush on top 2-0. Once again Boulder responded in injury time with their best chance of the half where they were nearly able to get on the scoreboard but Erickson once again came up with a huge save. Rush would lead at the half 2-0 but the game still felt much closer than that.

Boulder started the second half with their hair on fire putting pressure on Rush and generating more chances early in the half.  The game momentum was starting to lean in Boulders favor until Rush middy Sami Haddad found the net on a chipped shot/cross from 30 yards out that soared over the Boulder keeper and bounced off the far post to put Rush up 3-0 in the 58th minute.

Even being down 3-0 Boulder still didn’t seem to be out of the match as they continued to battle and get their own chances on goal but just couldn’t manage to put anything away. There was the feeling that Boulder could creep back in if they could just find that first goal until UPSL Player of the Week Ryan Hayward finally found his first goal of the match when he followed up his own shot and smashed the rebound into the net to put Rush up 4-0 in the 84th minute. Hayward put the bow on the game in injury time with a beautiful header past the Boulder keeper to make the final score Rush 5 Boulder 0.

This game certainly represents what Rush is capable of when they are firing on all cylinders but goals are hard to come by in this league and shouldn’t expect to bury five every game. This was a tough night for Boulder and the score line definitely doesn’t tell the full story.