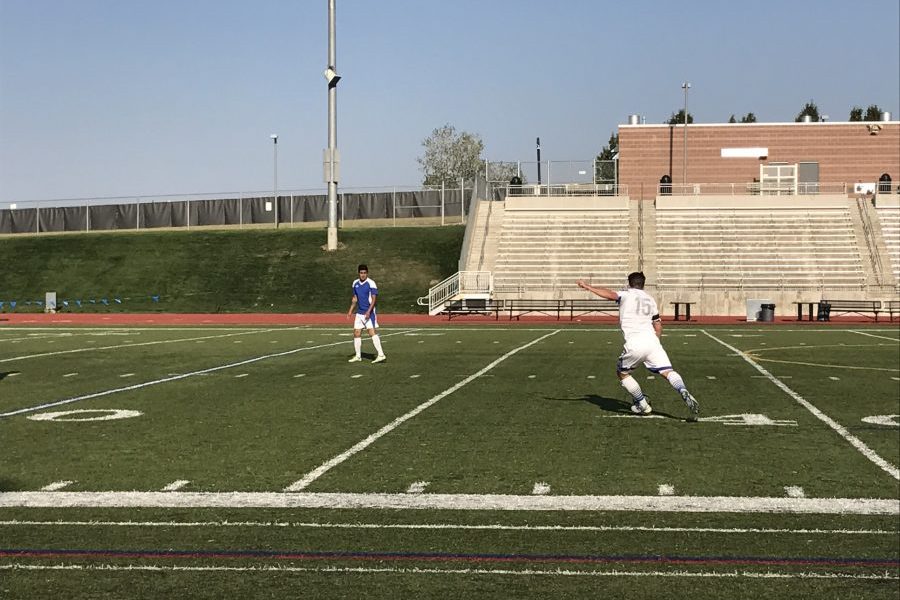 Colorado Rush finds itself sitting atop the United Premier Soccer League (UPSL) Colorado conference and looks to be on a similar track that led them to a championship in the spring.

After dropping their opener for the fall, Rush has laced together three wins in a row with the last win being 5-nil over second place finishers from last season FC Boulder. Rush builds and thrives on momentum so replicating the seven game winning streak they linked together at the beginning of the spring season would be invaluable to finding themselves in the playoff hunt at the close of the season.

It finally appears that Rush has found their rhythm with all the new pieces added in the off-season and they are comfortable playing with together. A big question mark that needed to be answered was how to replace their keeper and man of the season Shailer Thomas. Youngster Cooper Erickson has stepped up and has been able to fill in nicely at the keeper position and is settling in nicely in net. It also helps that Rush was able to return their captain Nic Hartman who brings a calm veteran leadership to the back line to help the young keeper.

The next couple matches for Rush will be telling and will shape the rest of the season and year for the club. On September 16th they will take on Colorado Springs FC who haven’t had the best start to the season going 1-1-1 but were one of four playoff teams the previous season and will surely come out trying to avenge their loss against Rush in the playoffs that sent them packing.

That being said, this game means more to Rush (or at least it should) than it does to Springs FC. The last time Rush put five in the back of the net was against Springs FC last season and in the very next game following they couldn’t buy themselves a goal against Club El Azul who they tied nil-nil.

Why does this matter? Directly following the match against Springs FC on the 16th they will take on Club El Azul to start their U.S. Open Cup campaign on September 24th. Azul and Rush have already faced each other once this season where Rush came out with the close victory but there is no doubt that Azul will come out ready to ruin the party.

Rush made a solid run in the Open Cup last year but were bounced by FC Tucson with only minutes left in a close match. It’s a long road back to that round and no team can be overlooked, especially with the Colorado conference getting stronger in the fall season. Azul currently sits in last place in the conference but per last season, Rush has struggled to close out games and crazier things have happened.

Rush vs Springs FC will be played at Shea Stadium on September 16th. Kickoff for the match is scheduled for 8pm.