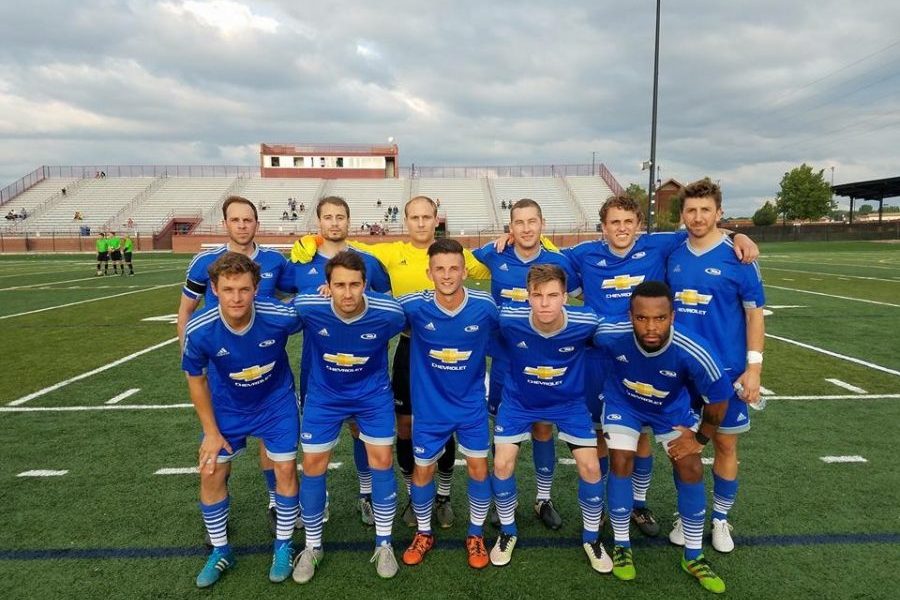 The final games of the United Premier Soccer League (UPSL) Colorado conference proved to be some of the most exciting of the season. Entering the final weekend of the season the four teams that earned a playoff berth had already been sealed but only separated by a single game. Colorado Rush was sitting in the fourth spot and needed a result against Logrones and full scoop of lucky charms to find themselves in the top spot in the conference and being able to play host throughout the playoffs.

Seemingly, all the cards were stacked against Rush coming into this match missing six of their key starters and with a sputtering offense unable to find the back of the net consistently. The only shred of light Rush had was they were facing the last place team in the conference who have had a rough season but were ready to come in and spoil the party.

Logrones was able to hold onto a draw against Rush in the first meeting were certainly confident that they would be able to find a similar result the second and final time they would meet.  This thought proved to be more of a faint dream for Logrones as their hopes of getting the upset were shattered early on in the match.

Right from the opening whistle Rush controlled the game and looked very comfortable, even with a full handful of first-time starters sprinkled in with the vets. Understanding the situation that they were in, the chances for Rush came at a furious pace early on in the first half. Not ten minutes into the half, Rush forward Andrew White broke free down the far touch line and slotted a perfect ball across the penalty box that JD Michael placed off the post and into the lower right side of the net to put Rush up 1-0 early in the game.

Rush continued to harass the back line of Logrones for the remainder of the first half getting a plentiful helping of chances but fell into some old habits and were unable to capitalize on any of them. Logrones did manage a few meaningless chances in the first half but were more focused on keeping the footy out of their own net.

Logrones came out on a mission in the second half and put together a surge looking for the equalizer early on to try and scramble their way back into the match. While it was a valiant effort by Logrones it fell short as the Rush back line was stout and they were able to regain control of the match quickly.

Midway through the second half the cascade of goals for Rush would start as midfielder Daniel Woolliscroft got free just outside the penalty box and was able to find Rush forward Ben Gaido with a sneaky ball that Gaido calmly placed into the far netting to send Rush up 2-0.

Not five minutes later Rush would strike again to put the game completely out of the grasp of the reeling Logrones. Woolliscroft sent in a driven corner kick that Jacob Icolari redirected with a slick header into the back of the goal to put Rush up with a commanding 3-0 lead but they weren’t finished yet. In the closing minutes of the game Rush substitute Uriel Arreola got on the end of a beautiful cross at the top of the penalty area that he collected with his chest and before the ball touched turf, Uriel sent an absolute rip to the upper left corner of the net to end the match 4-0 and put an exclamation point on the final game of the season.

All the stars aligned for Rush heading into the playoffs as they were able to snag all three points in their final game and all the other dominoes fell their way as they jumped from fourth place to first and secured home field throughout the playoffs.