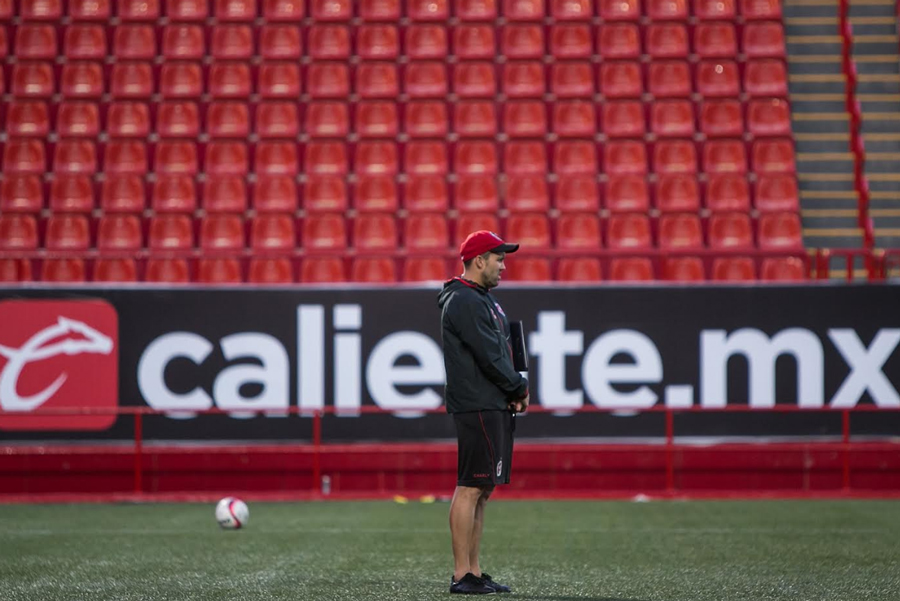 This Friday is all about finding answers for Tijuana.

Will Xolos have the same kind of dominance seen in the last 12 months? Is newly-appointed manager Eduardo “Chacho” Coudet the correct replacement for Miguel Herrera? Will the summer reinforcements live up to their expectations?

These are just a few in a long list of questions that Xolos fans will be asking themselves ahead of Friday night’s season-opener against Cruz Azul. Obtaining complete answers will take much longer than just 90 minutes, but at the very least, a minuscule yet much-desired amount of insight will be provided when Tijuana takes the field this week.

It will also be fascinating to see the reaction from the crowd at the Estadio Caliente. Although Xolos ended the 2017 Clausura playoffs with a 2-0 loss to Tigres, the local supporters have become accustomed to strong performances at home during the last two seasons.

Coudet, who has never taken charge of a Liga MX club beforehand, should be motivated to make a statement to the crowd that was enamored with Tijuana’s previous manager. Regardless of his suspensions and outbursts, Herrera consistently appealed to many with his vocal and spirited presence on the sideline.

That said, it hasn’t been difficult to find a significant amount of praise regarding Coudet. With an attack-minded and passionate approach to the game, many are excited to see what the Argentine coach will be able to do this season. Also, with an intriguing and talented list of reinforcements, Xolos appear to have a decent chance of emerging as a dark horse in the Apertura.

However, before we truly start to get ahead of ourselves, we must remember that Tijuana has yet to take part in a single minute in the Apertura. Despite the fact that it’s fun to speculate on the future of Xolos, let’s first take a look at Friday’s upcoming match against Cruz Azul.

Key to success for Tijuana — Stealing possession away from the opposition

By now, most Liga MX fans probably know about Cruz Azul’s tendency to dominate possession. Although that has yet to lead to consistent success from manager Francisco “Paco” Jemez, Coudet should at least be able to frustrate the visiting squad by dictating the pace of the game.

Newcomers such as Enzo Kalinski and Damian Musto will more than likely be tasked with stealing and maintain control as Xolos’ central midfielders. Juan Carlos Nuñez, who has regularly played with Tijuana since 2008, might also earn a spot for either of the two players.

Edit: On Thursday night, it was revealed that Xolos will start Alejandro Guido and Musto. Massive opportunity at hand for Guido to shine against Cruz Azul.

Without a doubt, it’s Bou. Although the 27-year-old striker won’t get the start, it wouldn’t be surprising if the striker at least earned a role in the second half — especially when you consider that he has already taken part in Xolos’ most recent friendly.

Of all of Tijuana’s replacements, no other player has garnered more acclaim than the Argentine. Following rumors of interest from Europe, Xolos might have one of the best signings of the summer within the current roster.

Cruz Azul might give some trouble with some interesting names in its attack, but I think Xolos’ new roster and manager will be eager to start the season with a victory at home.

Considering the fact that Friday will be Coudet’s first official match as manager, it’s tough to predict what he will do. Based off of what I have seen from training reports, and a few of the starting XIs during friendlies, I’ll take a wild guess and go with this 4-4-2. 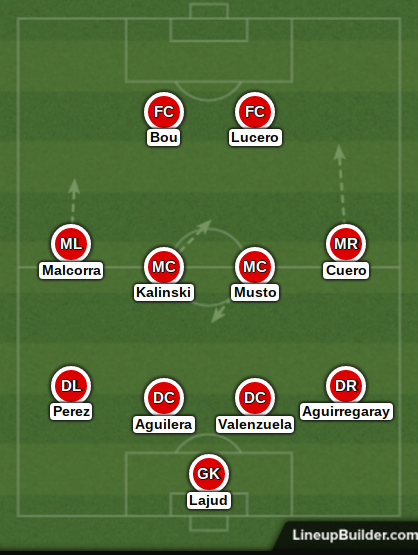 Edit: As mentioned earlier, Said Rodriguez has reported on what the starting XI will look like.

Always looking for a good game or pint, sometimes both at the same time. When he's not trying to find a new bar to watch some soccer, he's usually writing at home and hanging out with his cat, DJ Cuddles.
Newer Post
23-Player USWNT Roster Named For 2017 Tournament of Nations in San Diego & Los Angeles
Older Post
A Fortuitous Five Minutes: USA 2 El Salvador 0