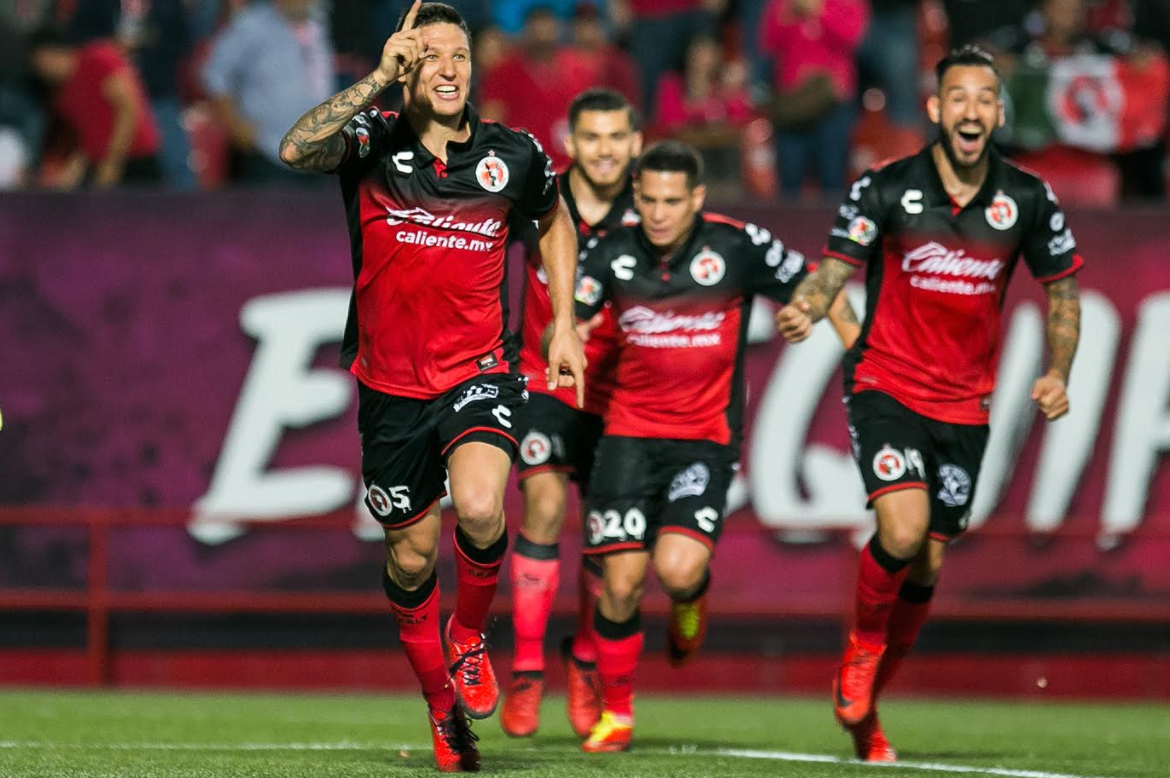 Friday night’s 2-1 victory for Tijuana wasn’t the most dominant display from Xolos.

Despite the fact Pachuca’s Victor Guzman earned a red in the 13th minute, Tijuana found itself with a 1-1 scoreline in the final minutes of the match. Los Tuzos made a valiant effort in the Estadio Caliente, and after they allowed a goal from Gustavo Bou in the first half, the away side bounced back with an equalizer from Jose Joaquin “Shaggy” Martinez in the 64th minute.

Sure, Xolos maintained possession for most of the clash, but it never created the amount of attacking opportunities that were expected from a team with a one-man advantage. Instead, the highly-organized Pachuca roster did an excellent job of holding Tijuana to only one goal. That is, until Damian Musto stepped up.

Just when it looked as if Xolos were going to stumble to an unfortunate draw, the team was given one more corner in the 87th minute which proved to be a massive difference-maker.

Following a well-placed cross from Joe Corona, Tijuana defender Alejandro Donatti was the first to connect to the ball through a header. The ball immediately hit Pachuca’s Omar Gonzalez in the arm, and while a handful of players immediately asked for penalty, Xolos’ Damian Musto took it upon himself to create the moment of the game.

After controlling the ball with his chest, Musto went all in for an audacious bicycle kick attempt which later secured a goal and three points for Tijuana.

What a goal from Damian Musto! Xolos up 2-1 over Pachuca #LigaMXeng pic.twitter.com/fUB2nLkCp0

Say what you will about Xolos’ victory — and there’s definitely plenty to say — but the team now has three wins in a row in the 2017 Apertura.

After an average start to the season, Bou has completely compensated with four goals in his last four matches. The Argentine is brimming with confidence and it is clearly showing on the field. Bou is taking more opportunities in recent weeks, and with an altered setup which provides him with more help in the attack, the striker is also starting to have better chemistry with his Xolos teammates.

It’s still too early to make these kind of predictions, but at the rate that he is currently going, Bou might finish the Apertura as the league’s top goalscorer.

Before we begin to criticize him, Juan Iturbe must be given the benefit of the doubt. The 24-year-old has literally been in Tijuana for less than a week and wasn’t presented by the club until the night before the match.

That said, the Argentine-born Paraguayan failed to capitalize on two clear opportunities. After missing the target within yards of Pachuca’s goal in the 83rd minute, Iturbe then missed a wide open net during the last seconds of the game. Xolos didn’t necessarily need another goal, but if they did, the winger would easily be given a much more serious amount of criticism after the wasted chances.

Iturbe should justifiably be given time to adapt and train, but if he wants a starting role, he must be more efficient in the final third.

3. There are still problems to be fixed for Xolos

Who doesn’t love a late game-winner? Walking out of the Estadio Caliente, it was thrilling to absorb the energy and happiness after Musto’s goal. However, as mentioned much earlier, it wasn’t the most dominant or convincing victory for Xolos.

Pachuca was dealing with a number of injuries and also went down to 10 players early on in the first half. Japanese superstar Keisuke Honda also didn’t make an appearance until after halftime. Both teams finished with only four shots on target, and considering Xolos’ clear advantages, the home team should have been more productive and threatening in the attack.

A win is a win is a win, but Tijuana fans should also feel slightly lucky to be celebrating after what was nearly a dull draw at home.

Congratulations Damian Musto. Tijuana needed a wild card at the end of the match and you took a major risk by trying that bicycle kick. The defensive midfielder must also be given credit for having the second-highest amount of passes for either side (Emanuel Aguilera was first) and for also providing some crucial tackles.

“My first game back in two weeks…under tough circumstances. I just have to take this game, recognize the mistakes and move on. I need to improve for my national team and then get back to my club.”

“We still need to continue to grow. I like the team’s personality to go after them [Pachuca] after they tied it. It leaves a good taste in your mouth when you win at the final moment and against a team that complicated things. Pachuca maintained order and intended to play.”