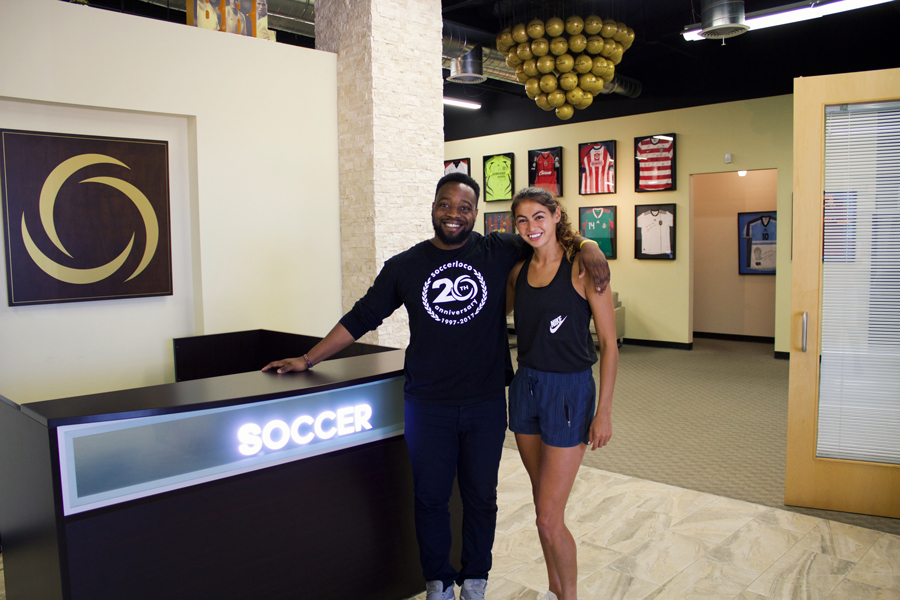 Christina Burkenroad on Life After the Orlando Pride

I first learned about Christina Burkenroad the week after the 2016 NWSL draft, when she was selected by expansion side Orlando Pride, and I was immediately intrigued by her story. A girl who didn’t play competitive youth club soccer until senior year of high school, managed to find her way into a Division I university where she acquired an education and racked up some pretty impressive stats, was on her way to the NWSL to play professionally alongside household names like Alex Morgan and Ashlynn Harris. Pretty remarkable stuff.

I kept an eye on her progress throughout that maiden season, and watched as she gradually broke into the first team and even earned a few starts. During this second season though, I noticed Burkenroad wasn’t featuring as heavily as I had imagined she would. Most games she wasn’t even listed on the bench. Just a few weeks ago I received an email from the Orlando Pride Communications Department informing me that Burkenroad had been waived to make room for the returning Alex Morgan who had spent the previous 6 months on loan with France’s Olympique Lyonnais.

I wasn’t surprised to see that email. I had spoken to Burkenroad about 10 days before by phone to check in on a shipment we had sent her and learned that she had actually asked to be waived in order to explore additional opportunities abroad. While I was initially dismayed, over the course of that conversation and the subsequent one we had when Christina dropped by the soccerloco offices last week, I have come to realize that there is much, much more to come from young Ms. Burkenroad.

One thing that struck me poignantly was the blunt honesty of Christina when describing herself as a player and the conversations she had with the coaching staff in Orlando. The following excerpts are some of the best bits of our conversations.

Dike Anyiwo: Last time we chatted was just before you left San Diego going into your rookie year in the NWSL with the Pride. Walk me through how that first year went.

Christina Burkenroad: My rookie year was one of the coolest experiences of my life. Signing my first professional contract was a dream come true. It was one of the biggest growing transitions I’ve ever been through. The pace of the game was up 5 notches compared to college so the adjustment was hard at first but by midseason I definitely got in my groove. It just took some time and I needed to be patient and realize that success doesn’t happen overnight. I made so many new friends and met so many cool people in my transition to moving to Florida.

With soccer itself, it was a typical rookie year. I didn’t get as many minutes as I would have liked but with the minutes I got, I feel like I really made the most of it. Every time I stepped on the field, thousands of people were watching and I couldn’t have been living a better dream. I learned a lot including a big one being how to be a better teammate with taking on different roles as a player. I met some of the players I grew up idolizing and playing right next to them was an amazing experience.

Christina Burkenroad: Orlando Pride and Orlando in general as a soccer club and community is definitely one of the most professional and top-notch places. I was so lucky to experience it as my first professional club. Yeah, I’d say the teams pay close attention to each others results. Something I really enjoy about the NWSL is the competition. It’s extremely competitive and everyday was a challenge which helped me grow so much on and off the field. I think this league is only going to be more and more successful every year.

Women’s soccer as a whole is only growing and becoming more popular. Although I’m living my dream, there are definitely challenges in being a professional women’s soccer player. Knowing that this is what I’ve spent my life doing and spending so much time and energy into living this dream, it’s hard to make a living out of it like the men can. When we are done playing, (usually around 30 years old) we have to figure out an actual career that can substantially support us. So choosing a career to start at that age can be a little nerve wracking. I would say that’s the biggest challenge in general.”

Dike Anyiwo: How was the offseason for you? I know you spent some time back in San Diego. How was that?

Christina Burkenroad: After my rookie season was over, I was eager to get back home and start training right away. I spent all off-season working so hard to better the things I needed to work on. I worked hard on my strength and fitness and felt better than ever. I surfed. I hiked. I enjoyed time with family. I also swam a lot for some non-impact cardio.”

Dike Anyiwo: There is something in soccer called “second season syndrome”. You were just recently released from your NWSL contract with the Pride. How would you describe the process of realizing that you needed to move and what was going on in your mind as you thought about how to bring the subject up to your coaching staff?

Christina Burkenroad: Yeah I went into my second season with the Pride in full confidence. I trained extremely hard all season with the hopes of being a big part of the teams success. Along the way, things kind of changed. I wasn’t getting the opportunity that I hoped for which led me to realize that I have to do what’s best for me in order to grow as a player. I expressed my feelings to my agent and he was so great through it all. He found me a club in Norway that seemed to have interest in me.

I told my coaches in Orlando that I had interest in leaving because I felt like I needed a different environment for the time being. They were supportive of my decision and wished me the best. It was somewhat of a scary transition because Orlando was all I knew as a professional soccer player but honestly the decision just felt right in my heart. Everything fell into place perfectly. I have no doubt that I’ll be back playing in the NWSL soon but for now, I’m excited for my opportunity overseas.

Christina Burkenroad: As a player, a huge personal goal is to do whatever I need to do to continue to grow as a player. I think playing in Europe will expand my mindset and help me grow off the field, which will help me on the field. It’s a different style of play, a different coaching style, and a completely new place. I can’t wait to learn a lot about how European soccer is played and be a part of it.”

Dike Anyiwo: Talk about your life off the field. When you’re not training or travelling for games and have some downtime what do you find yourself doing? Where are some of your favorite places to go around Orlando? How has the community in Orlando embraced you? I recall you received an award for advocating for homeless youth towards the back end of last year. Talk to me about your involvement in the community down there.

Christina Burkenroad:  Life off the field in Orlando is pretty fun. There’s always something to do. Most days, I find myself at a coffee shop playing cards with some teammates. We usually like to keep our days pretty chill so we can be ready for the next days training. Some of our favorite places to go in Orlando is a coffee shop called Barnies, we like to shop a lot and find ourselves doing it more than we probably should. We like hangout at each others apartments and play board games. A lot of us like to involve ourselves in the community to represent something bigger than ourselves. We like to give back. I was part of the Committee for Homeless Youth in Orlando and yeah, received a community award for my involvement. I met so many inspiring humans. I gave speeches about my experience in life and how I went from rock bottom to living my dream. Being part of the Orlando community was an honor in itself.”

Dike Anyiwo: Netflix or HBO? What are you watching these days? What sorts of things interest you outside of soccer?

Christina Burkenroad:  Netflix for sure. Honestly though I can count on one hand how many times I spent my day watching Netflix. I’m constantly watching different soccer games that are on TV. Umm, I watched 13 Reasons Why and it was very intense. Outside of soccer, my interests are drinking coffee, going to the beach, reading, skating on my Carver, surfing, singing while my roommates play guitar.. honestly, we just take the day as it comes and are pretty simple. We can entertain ourselves pretty easily.”

Dike Anyiwo: How amped were you when soccerloco said they were interested in bringing you on as a brand ambassador? What would be an ideal relationship between yourself and this company look like to you?

Christina Burkenroad: I was so excited when they asked me to be a brand ambassador!! Honestly it was another dream come true to represent the store I grew up going to. Hopefully in the future I can be a huge part of the company. I’m excited be an ambassador with a company that shares my passion for soccer.

(Stay tuned to SoccerNation.com for future updates on Burkenroad’s career.) 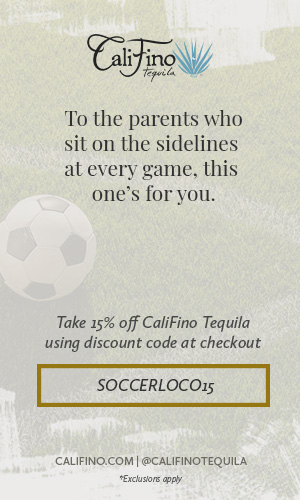