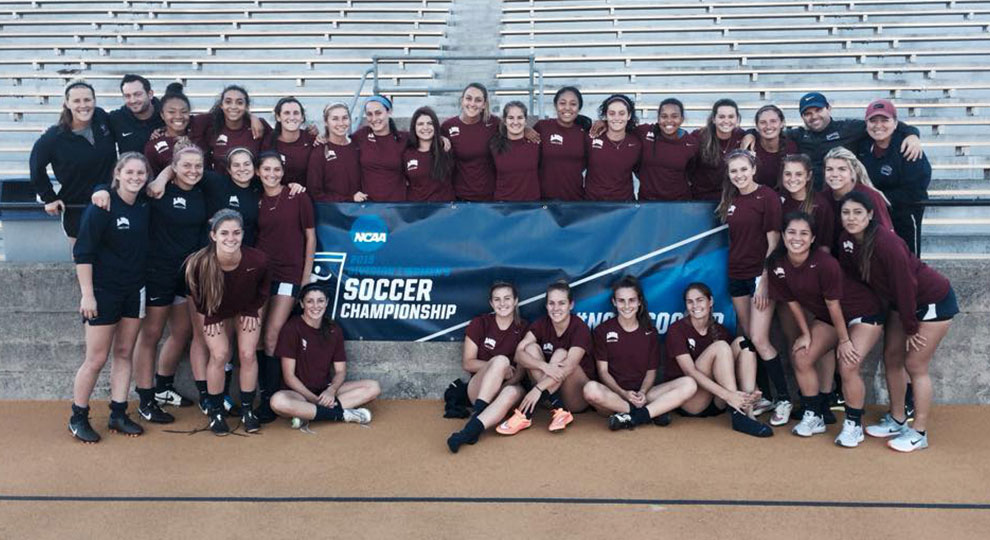 The first round of the 2015 Women’s College Cup is in the books with four California-based schools advancing to the second round. Below are full recaps from this past weekend’s action.

#11 USC defeated CSU Fullerton 3-3 (4-3 PK)
The first match of the 2015 Women’s College Cup lived up to the hype as USC defeated SCU Fullerton 4-3 in penalties. CSU Fullerton jumped out to an early 2-0 lead on goals from Christina Burkenroad and Rebecca Wilson. USC then stormed back at the start of the second half and equalised the match on a brace from Morgan Andrews. Fullerton’s Jessica Simonian scored his first goal on the season and gave Fullerton the 3-2 lead in the 59th minute. However, 7 minutes later, Andrews scored her third goal. After scoreless overtime periods, USC goalkeeper Sammy Prudhomme blocked CSU Fullerton sophomore Kaycee Hoover’s shot to give the Trojans the win.

USC will now face Princeton on November 20 at Klockner Stadium in Charlottesville, Virginia, with kickoff set for 1:00 p.m. PT.

#3 Stanford defeated San Jose State 2-0
Stanford, Pac-12 Champions, cruised past San Jose State on Friday night for a 2-0 victory. Stanford capitalized and scored the opening goal on a San Jose State own goal in the 17th minute. Spartan goalkeeper, Zoe Makrigiannis, could not corral the ball as it rolled along the goal line. A Spartan defender tried to clear the ball but accidentally hit the ball into the right-side netting of the goal. Freshman Averie Collins scored the second goal for Stanford in the 43rd minute.

Loyola Marymount defeated #17 California 1-0
Loyola Marymount pulled off a 1-0 upset over California on Saturday. Senior Callie Taylor scored the lone goal off a corner kick from senior Jocelyn Blankenship in the 38th minute. The match was largely defensive as Lions goalkeeper Charlee Pruitt made four saves and the team fended off a total of 19 shots from California. The Lions recorded their 11th shutout on the season.