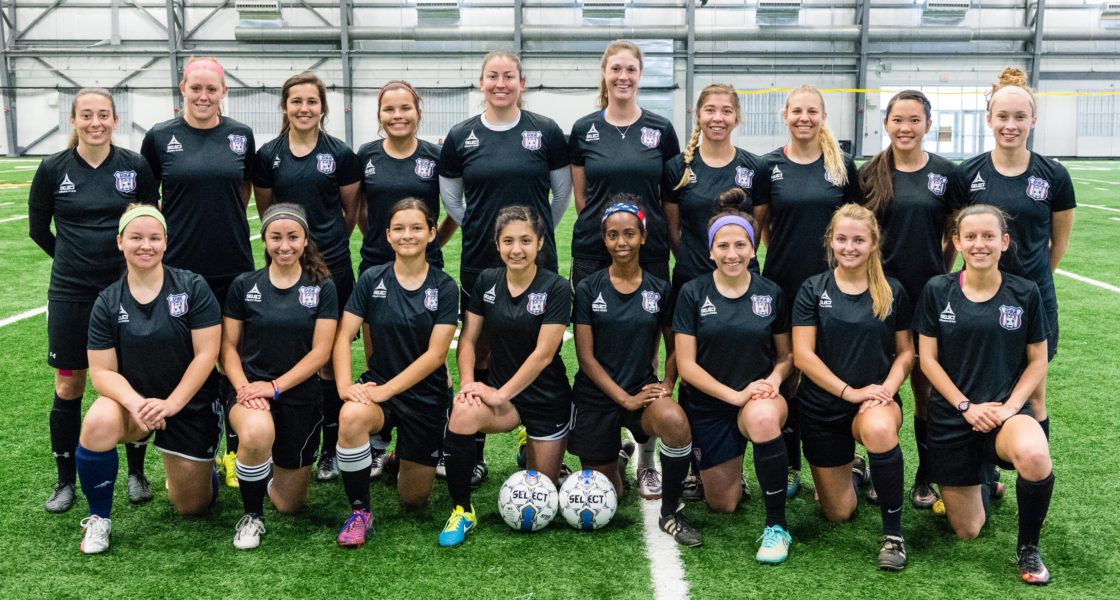 Why You Should Cheer for the U.S. Deaf Women’s National Team

You may have heard about the U.S. Deaf Women’s National Team through social media, articles or news segments. If you haven’t, we’d like to change that. Our running joke is “We are the greatest team you’ve never heard of.”

Unless you live under a rock, you must know all about the USWNT and their triumphant World Cup. Watching in awe as they netted four goals in 16 minutes and swelled with pride as they lifted the trophy.  It’s true that the USWNT kicks major a** on the soccer field, but these elite female athletes play for something much bigger than epic hat tricks and acrobatic saves on the soccer field. They work to empower females both on and off the field.

Perhaps, in this way, the USDWNT can be compared to the USWNT. Like our hearing team, we are winners, but that’s where the comparison ends.  If you compare our soccer skills to those of the USWNT players and cheer for our feats on the field alone, you are missing the essence of this team. I‘d like to shy (very far) away from comparing my teammates and I to Alex Morgan or Mia Hamm. Although our team has talented players who play at a high level on college, club and semi pro teams, it’s still an unfair comparison. Being deaf makes for a different game.

We can’t hear the roar of the crowd or the playing of our national anthem. The refs use flags instead of whistles. We don’t hear our coaches or teammates calling for the ball. Don’t get me wrong; it’s still a high level of soccer. It’s just a different type of soccer. Another difference: instead of being paid to win, we pay to win. Taking this into account, I think it’s fair to say that we play soccer in the purest fashion.  Fame or money doesn’t come our way; but the joy of playing does.  This is not to say that the members of the USWNT don’t love this sport. You’d be crazy to say that after watching Abby Wambach walk off the pitch for the last time.

In preparation for international events, our captain wakes up at 3a.m. to train before she continues with her work on the dairy farm her family owns.  Another is a lawyer who was a two-sport D1 athlete. On past trips, she would stay up late and wake up early to finish papers and work.  Another player works towards her doctorate’s degree while balancing life as a collegiate head coach. We all face challenges on a daily basis, but we have learned to succeed in a world that is predominantly hearing by accepting these challenges as an opportunity.

It has been incredible to watch this program grow over a six-year time period. My first experience was in 2009, and it was far from glamorous. Our training gear consisted of plain white t-shirts and dark shorts that we were asked to bring. We trained on a shoddy intramural field before jetting off to the 2009 Deaflympics in Taiwan.

Since then, I have watched our fan base and support grow immensely. I have sat in awe as Katie Couric and Soledad O’Brien supported our team on the air.  My admiration for the USWNT and USMNT has grown as former and current players have also supported us recently. I’ve felt overwhelming gratitude as the American Outlaws and others around the country have joined our journey and donated to our program.

Having just returned from a training camp at the Olympic Training Center with our new coaches (and U.S. Soccer legends, Amy Griffin and Joy Fawcett), I realize that our program has grown, but we still have a way to go. For example, in the past 6 years, I have witnessed several players not be able to attend events or continue as a member of the team due to financial constraints. I hope that one day in the near future this team will be fully funded and equipped so we can represent the United States without worrying about money and support.

I have one last story to end this essay. We once held a clinic in Florida for a local soccer club. Our team fell in love with an adorable 3 year old, named Emma who had just gotten cochlear implants in both ears. She ran amongst us pointing at our hearing devices, then pointing at hers. It’s almost as if she was saying, “Look, you’re just like me!” Emma’s mother told us that she had never seen her daughter so excited, and that this was her first contact with the Deaf culture. I hope that someday little girls like Emma will have the opportunity to follow their dreams as members of a U.S. Deaf Soccer Team that is fully funded and supported.

If you ask any young female soccer player today who her hero is, I can guarantee you that it will be someone along the lines of Abby Wambach, Hope Solo, Carli Lloyd or any other current USWNT player. My hope is that one day you can ask a deaf girl who her hero is, and maybe you’ll hear one of our names. I hope that we are able to empower deaf and hearing people across the nation and remind them that your dreams are felt, not heard.

To help support the Deaf Women’s National Team efforts you do the following:

Soccer City SD has jumped on board by selling shirts here that support the team: Footymcfootyface.com