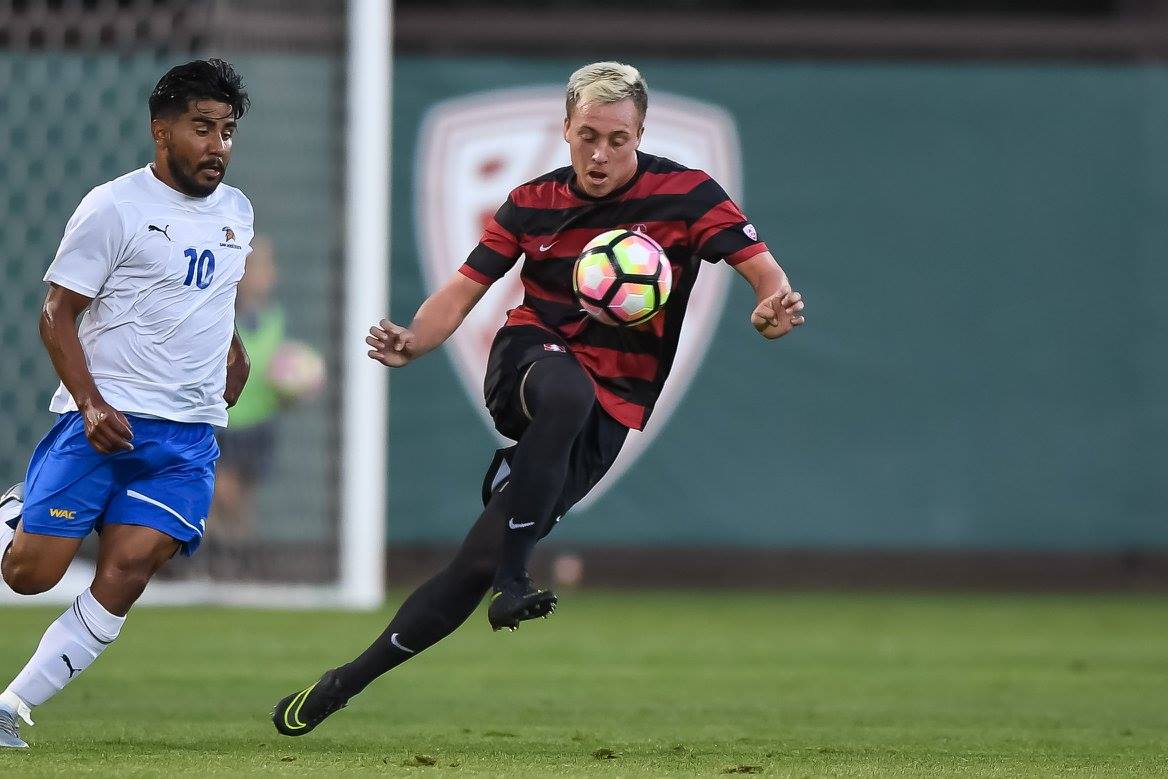 The Bruins’ high-scoring ways continued this past week in a 4-0 win over Cal State University Northridge on Monday. Goals were scored by Willie Raygoza, Matthew Powell, Abu Danladi, and Blayne Martinez. Up next for UCLA will be a tough matchup against UC Santa Barbara on the road.

After defeating #1 Akron last week, San Diego State continued its hot streak with a 3-0 win over UTRGV and a 2-0 win over Memphis. Goals this past week were scored by Jeroen Meefout (4), Michael Sauers. Meefout, scored two goals in each match. Up next for San Diego State is Cal Poly on Saturday.

Tough weekend for UC Santa Barbara, who suffered a 4-2 loss to Butler on Friday and then a 2-0 loss to Akron on Monday night. Against Butler, UC Santa Barbara saw itself down a goal just under two minutes into the match. Another Butler goal was then scored in the 18th minute. Santa Barbara jumped out to a great start cutting the lead in half just one minute into the second half on Ahinga Selemani’s goal. Butler answered the goal and another goal Santa Barabara scored in the 60th minute on a Daniel Amo goal. Akron scored goals on either side of the half to secure a victory. Up next for UC Santa Barbara is UCLA at home on Saturday.

Stanford picked up its first victory of the season, defeating San Jose State 4-1. Corey Baird opened up the scoring with a goal in the 31st minute. San Jose State equalized in the 51st minute. Stanford, recovered and scored the goals to close out the match. The first from Adam Mosharrafa, the second from Foster Langsdorf, and the third from Drew Skundrich. Up next for Stanford is Harvard on Friday and Omaha on Sunday.

Another successful weekend for Stanford who defeated Minnesota 4-1 on Friday and then played Notre Dame to a 2-2 draw on Sunday. Against Minnesota, Jordan DiBiasi and Tierna Davidson scored in the first half with Andi Sullivan scoring a second half brace to close out the match. In the match against Notre Dame, both sides traded goals throughout the match. Megan Turner scored two goals in the match, but they were both equalized by Notre Dame. Up next for Stanford is Santa Clara on Friday.

Up and down weekend for UCLA who suffered a 2-1 loss to North Carolina before bouncing back and defeating San Diego 3-1. Jessie Fleming scored the lone goal in the loss to North Carolina. Against San Diego, Fleming scored her fifth goal of the year. Also scoring was Darian Jenkins and Anika Rodriguez, who capped the match with a 82nd minute goal. Up next for UCLA is Pepperdine on Friday and then Long Beach State on Sunday.

The Trojans extended their winning streak to five match following a 2-0 win over Loyola Marymount and a 3-0 win over North Carolina. Against Loyola, USC scored both girls in the first half from the feet of Nicole Molen and Morgan Andrews. Against North Carolina, Andrews scored the opening goal. Katie Jonhson added another in the first half and Alex Anthony scored her sixth of the year in the second half. Up next for USC is Kansas on Friday.

Mixed results for the Cal Bears, who suffered a 2-0 loss to St. Mary’s on Friday and then a defeated UC Davis 4-0 on Sunday. Against UC Davis, the goal scorers were Annia Majia, Arielle Ship, Miranda Nild, and Abigail Kim. Up next for Cal is San Francisco on Friday.

In Pepperdine’s lone match from the week they played Cal State Northridge to a scoreless draw. Up next for them is UCLA on Friday and then Kansas on Sunday.