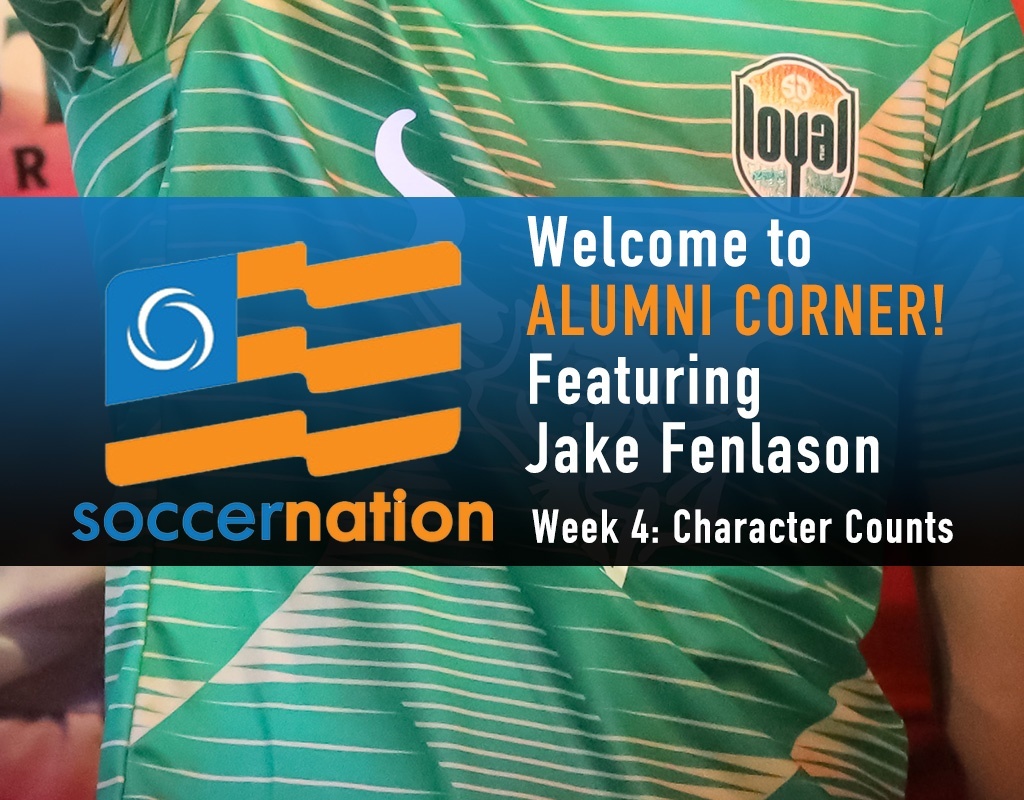 Last week, we made it all the way to Jake Fenlason‘s Peak Soccer era. Jake is a goalkeeper for San Diego Loyal Soccer Club, and a San Diego native son.

To wrap up Jake’s Alumni Corner series, we will be looking back at a common theme in Jake’s journey: CHARACTER.

As I was talking with Jake about his youth soccer years, his recruiting journey, college soccer, and pro soccer, a common theme emerged. Jake, ever humble, never pointed out the common theme. But it was evident. Character Counts.

During his youth years, he was self-disciplined. His parents and brothers gently nudged him to push himself and train hard, but the main drive came from inside himself. Character.

Through high school and competitive club soccer, he kept his grades and soccer skills high. Even though no D1 offers were coming, he kept working hard. He had faith, through it all, that he would achieve his goal of playing D1 college soccer.

When he was recruited by Akron Men’s Soccer, his grades and character were just as important as his soccer skill in landing a spot on that Akron roster. Character.

After his freshman year was a redshirt year, a 5-star keeper recruit was coming in for the next season. The Akron coaches wanted Jake to stay. Jake’s grades were outstanding (raising the team GPA), and he was a great “locker room guy.” He kept the spirits of the entire roster high. He stayed and kept working hard. Character.

During his third year of playing at Akron, a chance at the starting spot emerged. The goalkeeper coach told the keepers that the keeper who had the best week of training would earn the starting spot for the upcoming post season. The starting keeper in the past didn’t matter. All of his years of preparation had brought him to that week. He was ready to find a new gear because of the work he had already put in for years leading to that moment. He worked harder than he ever had, and he earned that starting spot. Then he never let it go, finishing his four years of playing at Akron as the starting goalkeeper. Character.

When Landon Donovan found Jake and had the opportunity to sign him, there was no hesitation. His standout 2019 season in St. Louis made Jake an easy decision for Donovan and the SD Loyal staff. Donovan said, “From day one, we have been committed to signing as many San Diegans to our roster as possible.  Jake had a terrific season for Saint Louis last year and was a no-brainer signing for us.  He will be a great asset to our club, both on and off the field.”

Jake Fenlason is an amazing professional goalkeeper. But what is even more important for parents and young players to understand is this: Character Counts. Jake’s character, study habits, work ethic, and self-discipline have gotten him to where he is today.