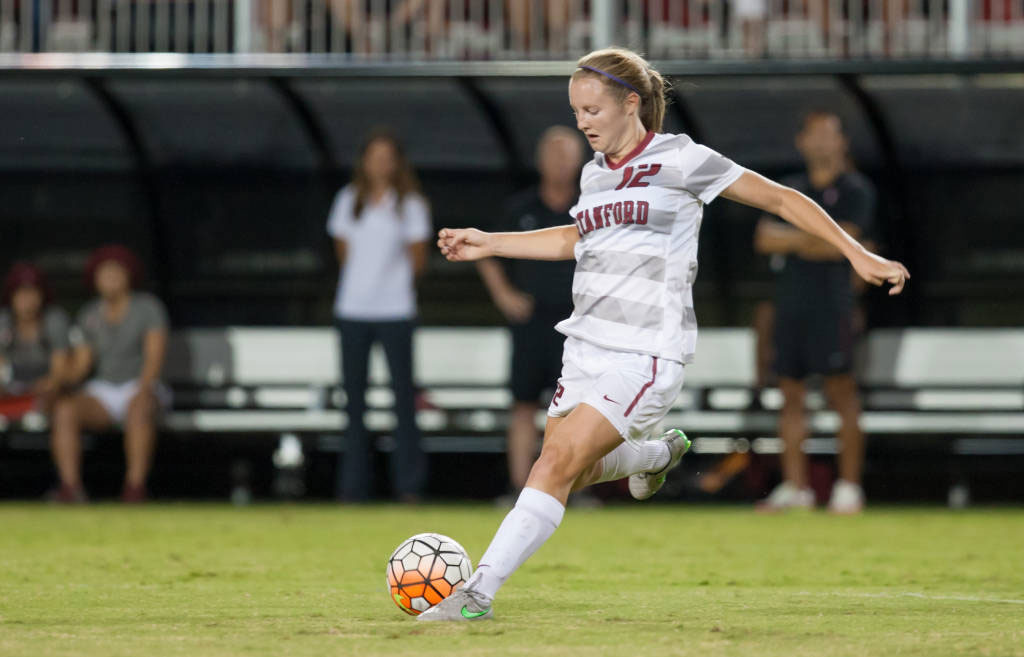 From now and until the conclusion of the 2015 college season, Soccer Nation will provide weekly college soccer coverage for both the men’s and women’s teams.

Friday night, Stanford collides with fellow Pac-12 contender UCLA at home. The Bruins will be seeking revenge for a 2-1 loss last week against Stanford, while the Cardinal look to continue a 12 match winning streak. Stanford sophomore Corey Baird is on a roll after scoring a brace in the Cardinal’s previous match, against San Diego State. Friday’s game will be aired on Pac-12 Network at 8 p.m.

Cal Poly is continuing the Blue-Green rivalry series on Saturday against UC Santa Barbara. After defeating the Gauchos last week 3-2 in double-overtime in front of a crowd of 11,000, the Mustangs are now ranked for the first time in two seasons. Cal Poly and UC Santa Barbara have been neck-in-neck in the Big West North Division standings and a win will put the Mustangs in first place. The rivalry match can be viewed on Fox Prime Ticket at 7 p.m. Saturday.

The Toros will be celebrating Senior Day at home on Friday night against Cal State-Los Angeles. CSUDH has ten seniors on its roster, including standout Tony Alfaro. The Toros extended their lead in the California Collegiate Athletic Association last week over Cal Poly Pomona after scoring 8 total goals for the weekend and totaling 23 conference points with three matches remaining.

Stanford is on its final Pac-12 road trip of the season, up against Washington on Sunday. A win would put the Cardinal at 8-0 in conference play and give them the same away-game record as their home one, 7-1. Sunday’s match can be viewed on Pac-12 Network at 5 p.m.

The Bears are also on a Washington road trip to take on the Huskies Friday and Washington State on Sunday. California is on a five-game winning streak and remains undefeated at home. Junior forward Arielle Ship currently leads the conference with 11 goals and is a contender for Pac-12 Player of the Year. Friday’s game is at 4 p.m. and Sunday’s is at 1 p.m.; both can be viewed on Pac-12 Network.

The Broncos have a Saturday match against BYU at home for senior day and alumni day. This will be a critical match in the West Coast Conference standings, as Santa Clara has won three straight WCC games and is tied for second place in the conference. The match will be streamed on TheW.tv at 1 p.m.