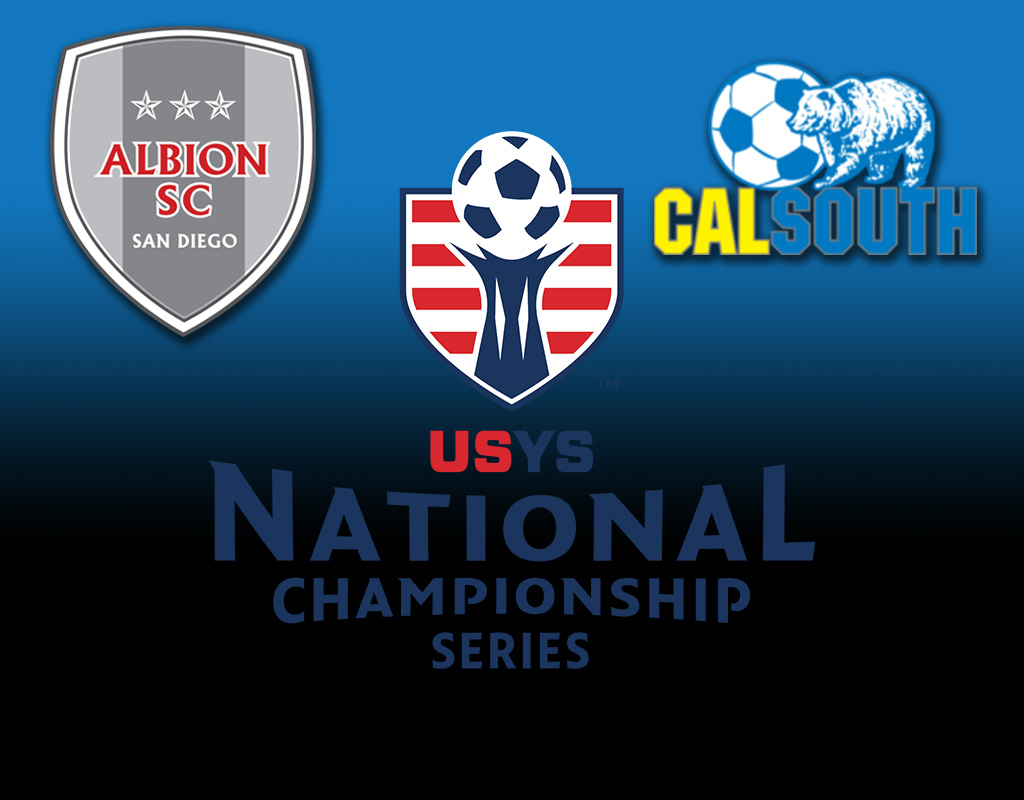 When a Cal South team wins a US Youth Soccer National Championship, the Cal South Creative Services Team team gets to work. After a team’s big win, Cal South videographers and media specialists are deployed. They create a cinematic masterpiece to showcase the team’s achievement.

Albion SC’s 13U team is one such champion.

Three main “umbrellas” cover competitive youth soccer in America:
US Soccer, US Club Soccer, and US Youth Soccer.
Each governing body has their own National Championships.
(This article will explain those leagues a little more for you.)

Whether it’s DA, US Club Soccer, or USYS, a National Championship is a big deal. Mike Whittaker’s 13U team was in their final year of Cal South club soccer before beginning Girls DA play. The team had lofty goals for their final year of US Youth Soccer.

Coach Mike told USYS, “We are ambitious at the club and always aiming high. To be able to get here and win is unbelievable. … It took every single player and every ounce of energy to get the job done. I could not be more proud.”