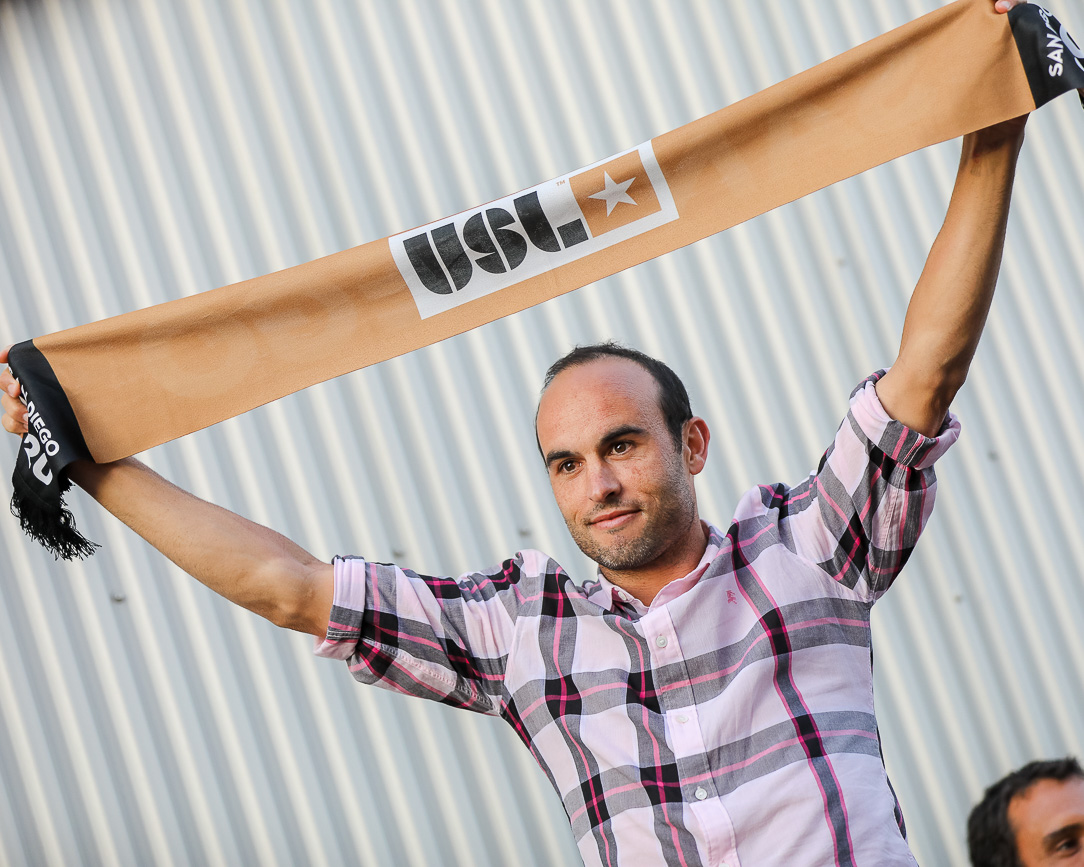 The latest on USL San Diego The outdoor courtyard at Modern Times Brewery was packed well before the scheduled 6:30pm announcement on Tuesday Sept

The outdoor courtyard at Modern Times Brewery was packed well before the scheduled 6:30pm announcement on Tuesday September 17th. Executives from USL San Diego made their way to the front of the shoulder-to-shoulder crowd. Television news cameras set up for the perfect shot.

USL San Diego Will be playing in 2020

The biggest revelation of the night is that USL San Diego will be playing in the 2020 USL Championship season. “Mark your calendars,” Warren Smith told the crowd, beer in hand, “for the first weekend of March 2020!”

Until this announcement, the club had been saying that they were going to either begin play in 2020 or 2021. Today it was made official: 2020 is happening.

Cheers rose from the crowd. Meanwhile, beer glasses were held aloft in celebration.

As he continued his announcements and introductions of club executives, Smith transitioned into talk of the team’s name and colors. “I can tell you one thing, everyone. It won’t be ‘United.’ Sorry to all the people who liked that name. We have narrowed it down, and we are still working on the name and colors.”

They want to hear from you! Tell USL San Diego what you want in your team colors here.

We will know the name “Mid or Late November”

Smith continued, “You will know your team’s name and colors by mid or late November.” Fans can still give their input. The leadership wants to hear from San Diegans. They read every bit of input that is submitted. Here is a link to the community input survey.

Local ownership: no announcements yet

Rumors are floating around that local ownership has come on board. Smith told me earlier this year that a main goal of USL San Diego is to secure and partner with local ownership in order to play in 2020. No local ownership, however, was announced at this event. Stay tuned for news on the ownership front…

Player signings: no announcements yet

No player signings or coaching staff announcements were made at this event. During the announcements, Smith mentioned that Donovan was scouring the nation and the internet for potential USL San Diego players.

Open tryouts: “Early January. Sign up for the newsletter.”

After the announcements, Donovan was approached by quite a few hopeful players asking about tryouts. Donovan and VP Ricardo Campos told the USL hopefuls that there will be open tryouts, but nothing has been announced officially. Any player who wants to be notified about future tryouts should sign up for the USL San Diego newsletter on the club website. Campos told the young men, “We will probably be having open tryouts in early January.”

Most importantly, there is a contact form here where supporters and hopeful players can sign up for announcements.

In conclusion, 2020 is happening. More news is coming

If tonight’s crowd was any indication, USL San Diego is going to have a very excited fan base at every home game and club event. The crowd was lively, positive, and hungry for news about their San Diego club.

Stay tuned to SoccerNation and USL San Diego for the latest announcements.