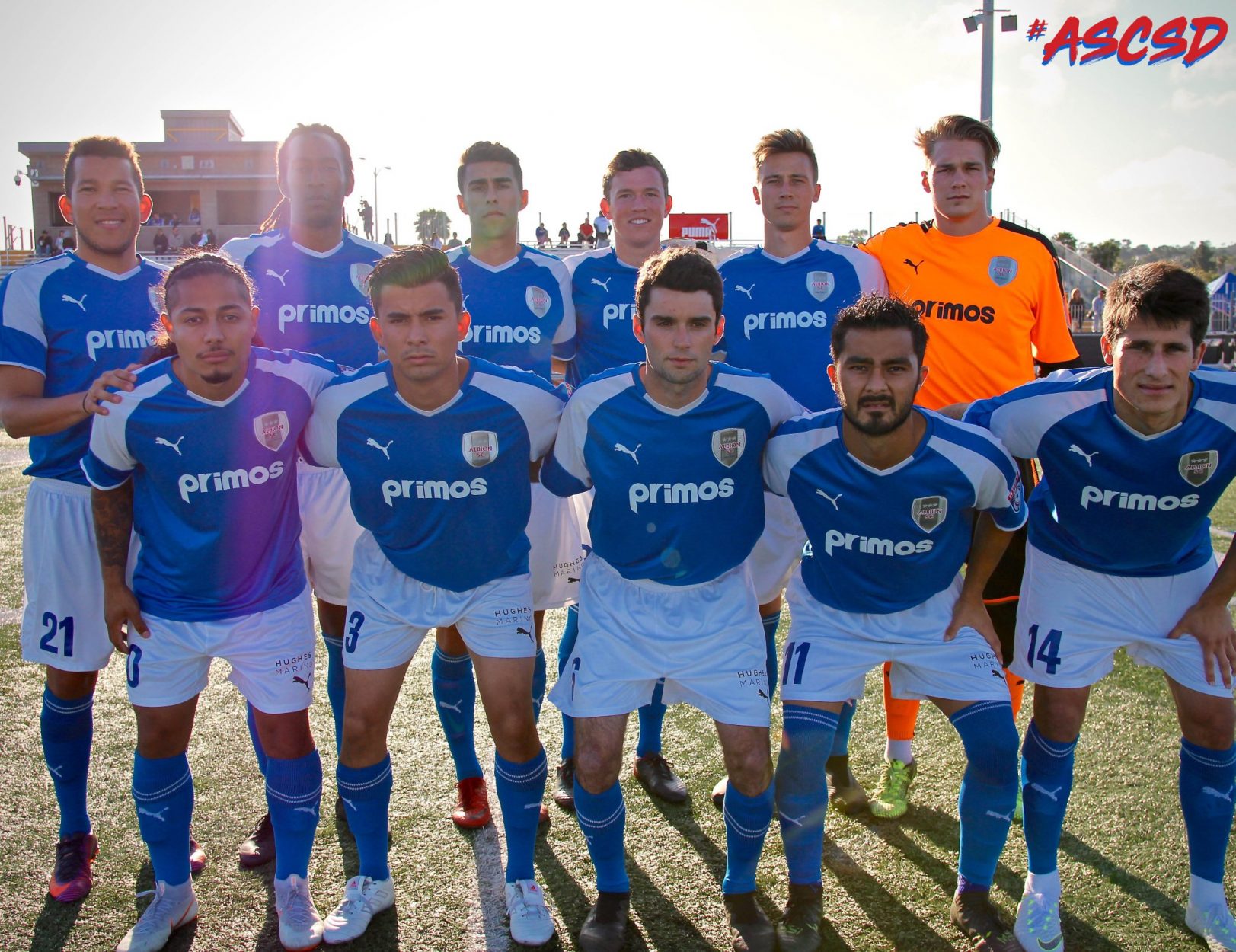 Sean Callahan scored a brace and Dallin Cutler had two assists as ASC San Diego dominated Temecula FC 4-0 on Saturday night in their final home match to clinch a playoff spot. Their opponent in said playoff match is yet to be determined. The win improved ASC’s record to 8-2-1 with 25 points, just one point behind FC Golden State Force for 1st place in the conference. The win also gave ASC a season sweep of Temecula.

ASC San Diego took control of the match early as Callahan picked up his first goal of the match in the 11th min off a Cutler assist. ASC had a chance to extend their lead in the 26nd min off a great build up but Khadim Seye’s shot was just wide of the post.

ASC was able to extend their lead in the 31st minute as Aleks Berkolds scored on a towering header off a corner kick. Amani Walker added a third goal in the 37th minute as Dallin Cutler picked up his second assist of the game. Sean Callahan scored his second of the match in the 60th to give ASC a 4-0 lead. ASC could’ve added more in the second half as they dominated play but were routinely denied by Temecula’s goalkeeper.

ASC will now head up to Whittier, California for their final match of the season, a showdown for 1st place with FC Golden State Force.