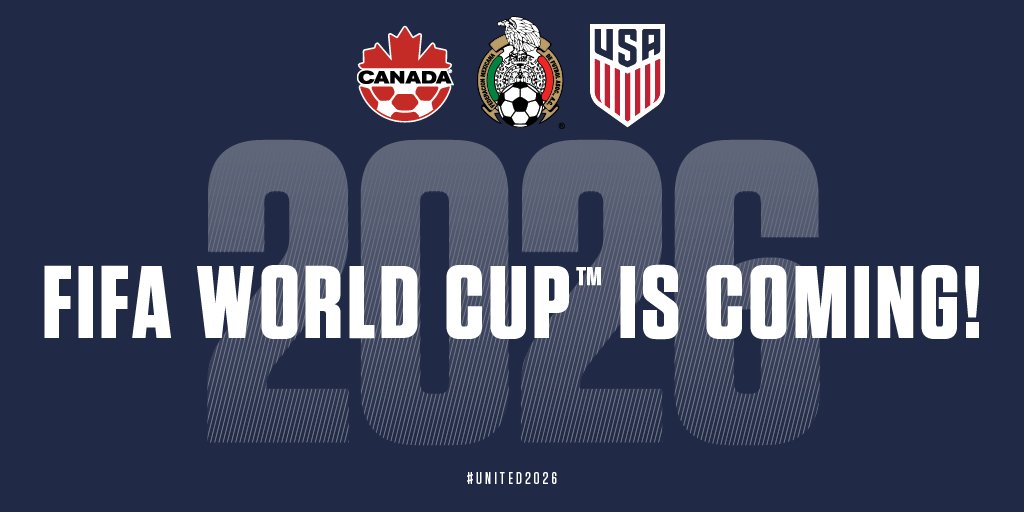 The North American United 2026 bid to host the FIFA World Cup has been successful. The 13th item on the agenda at the FIFA Congress wound up being rather fortuitous for the combined Mexican, Canadian and United States’ efforts to host the first edition of this prestigious competition to feature 48 teams.

When all the votes were counted, the result was a landslide for the heavyweight favorites who won by 134 votes to 65. Iran and rather surprisingly, Spain both abstained altogether, while two of the four US territories Morocco were so concerned about decided to recuse themselves, perhaps knowing in advance that a result many experts had predicted would be too close to call was, after all, only going one way.

We are ready to welcome the world to North America! Thank you to all who supported our vision for a united @FIFAWorldCup! ?????? pic.twitter.com/xuQAh2dBzc

Spain’s reason for distraction became apparent later in the day when it was announced that head coach Julen Lopetegui was sacked by the Spanish Federation just two days before the World Cup, for agreeing to take the vacant Real Madrid job at the conclusion of the tournament without consulting his bosses.

Having announced eye-watering prospective revenues for FIFA, the north Americans were ecstatic at being given the chance to host the first expanded 48-team tournament.

With Saudi Arabia pulling the strings, most of Asia lined up behind United 2026, though two of Europe’s big-hitters in France and Italy went with Morocco, as did Brazil who broke ranks within CONMEBOL. 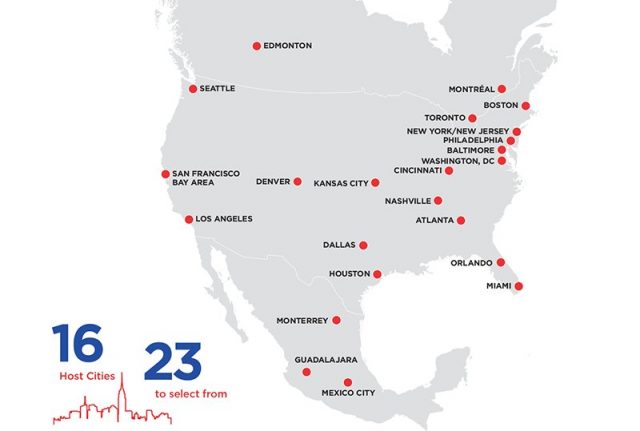 Thoughts now turn to finalizing the host cities for the main tournament itself. 23 potential host cities have been identified, with the final 16 to be decided in the coming months.

An open letter was published on behalf of the three federations:

Dear Presidents, General Secretaries and members of our FIFA family,

Like you, we are thrilled that the FIFA World Cup™ is coming to North America in 2026!

Canada, Mexico and the United States have been granted the honor of hosting the world’s most extraordinary sporting event for many reasons, but one of the biggest was because of the passion of our fans across our three countries.

Yes, you had a major impact! Your enthusiasm—not just for your own teams, but for teams from all over the world—helped us demonstrate to FIFA and football federations across the globe that we will be able to deliver the absolute best experience for players and fans in 2026.

Thank you for being on this journey with us. Over the next eight years, we look forward to working together with everyone that is part of our football family—especially you and fans everywhere—to host the greatest celebration of football the world has ever seen!

Similarly, reaction from around the rest of the United States was upbeat:

A chance to represent ?? on the world stage right at home. @TimWeah, @tyler_adams14, and @joshsargent react to the #United2026 win. pic.twitter.com/SV3xxnsMqp

While there is certainly a fair amount of heavy lifting to be done between now and the first kick of the 2026 FIFA World Cup, it can only be considered a positive for residents of this continent. Stay tuned to SoccerNation.com for more on this subject in the weeks, months and years to come!