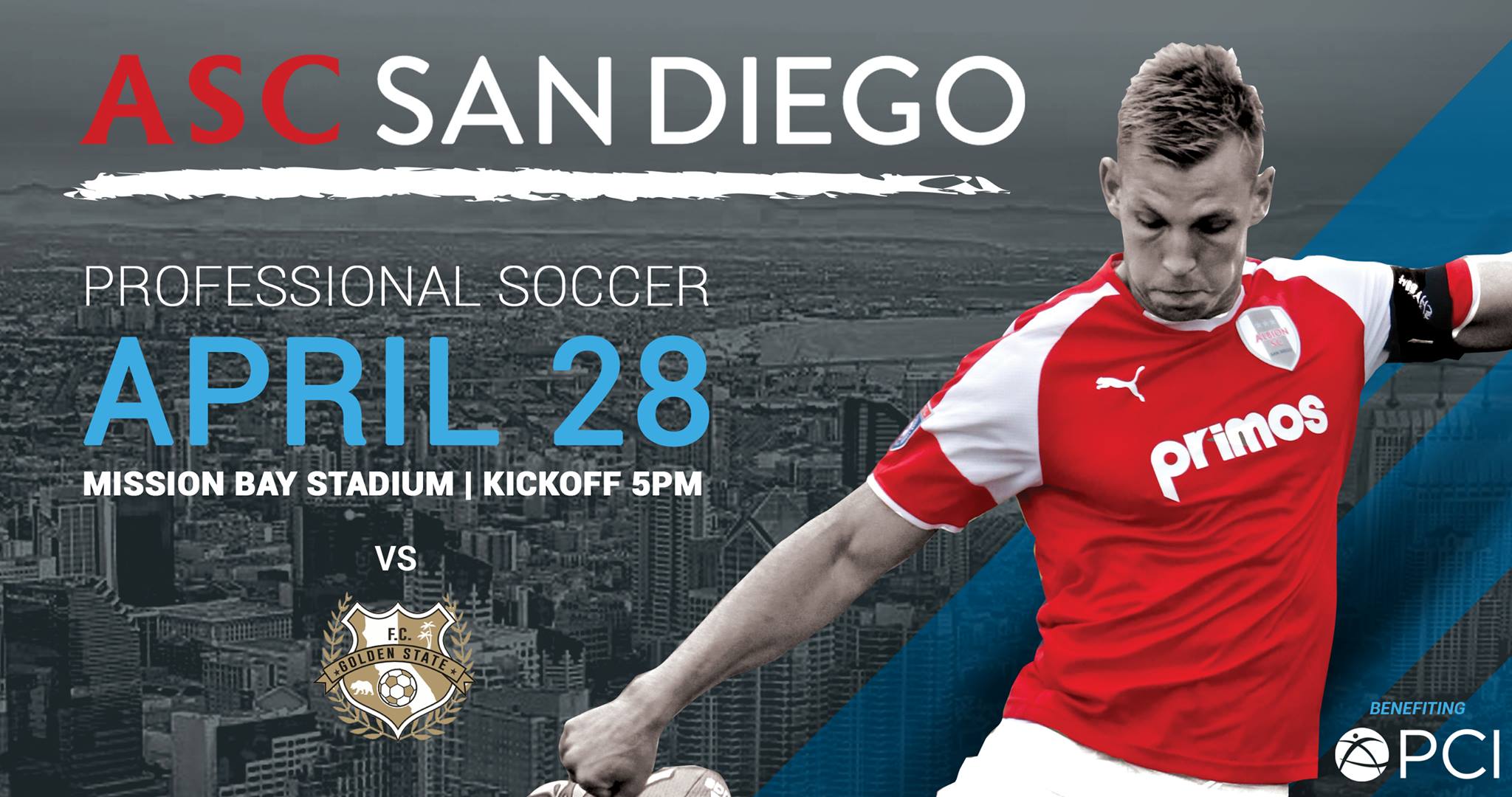 “It’s obviously a big game being the top two teams in the table,” said ASC head coach Ziggy Korytoski. “A positive result would position us well for the second half of the season.”

FC Golden State currently sits atop the Southwest Conference Division standings by one point. With a victory, ASC San Diego could usurp the top spot and roll into the back half of the season in pole position as the club continues its quest for a National Championship.

“We want to continue to build confidence and improve upon our last performance,” continued Korytoski. “This team has done very well eliminating noise and working towards playing a brand that is both attractive and earns results.”

There is certainly noise in the air. The ambition of the club’s leadership to build a truly world class professional team has never been in doubt, and with constant stories of SoccerCity’s MLS bid for San Diego and 1904 FC’s seemingly stagnant attempts to join the United Soccer League, ASC’s mission has been more clearly muddled.

For the 11 players who line up to kick off at 5:00pm at Mission Bay High School, the 90 minutes ahead is all that matters. There is a good reason that FC Golden State is at the top of the table nearly midway through their first ever NPSL campaign.

“It’s a very talented and athletic opponent,” cautioned Korytoski. “We must remain disciplined on the defensive side of the ball and not concede unnecessary fouls in our final third of the field. Going forward, we need to would like to control the game with the ball and look to wear this team down over time creating quality opportunities to win the game.”

ASC San Diego will donate $1 from every ticket sold for April 28 Game to Project Concern International, a global development organization that drives innovation from the ground up to enhance health, end hunger and overcome hardship—resulting in meaningful and measurable change in people’s lives.

Additionally, every one ticket sold will be matched by ASC’s partner, Classy.org, for a total of $2 donated per ticket.

Tickets for the match can be bought online, or at the gate which opens at 4:00pm ahead of the 5:00pm kick off.

Come out to Mission Bay High School and enjoy the beautiful game being contested by two of Southern California’s most potent attacking teams.