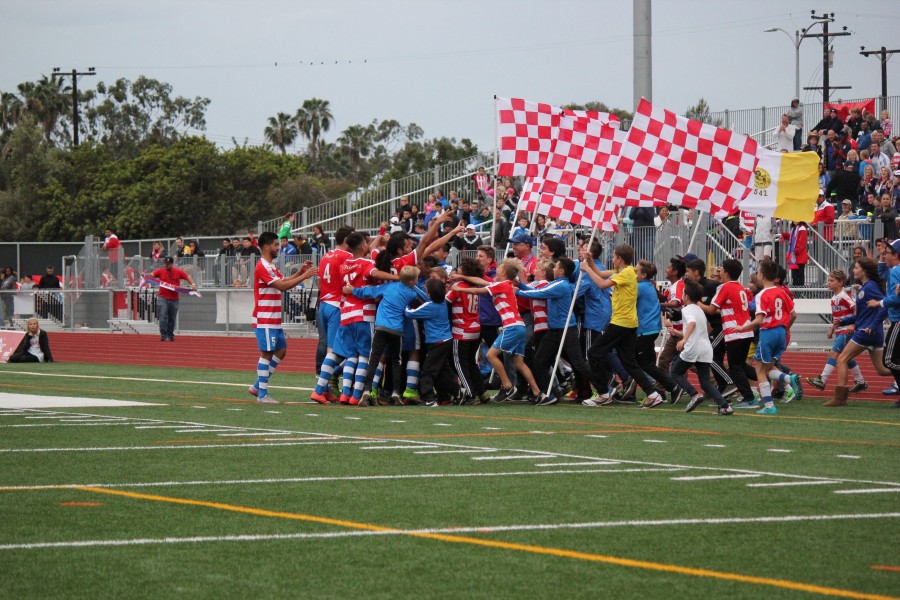 Albion Pros stay perfect in National Premier Soccer League season play. Two games, two shutouts, two wins. You can’t ask for a better start to the season unless you are Albion Pros coach Ziggy Korytoski. He wants perfection, the Ole, Ole, Ole chant and a dominant performance every time his Pros step on the field. Albion Pros had moments of brilliance versus a stout Temecula FC team, but are looking to improve as the NPSL season moves on.

In the first half, Albion Pros took command of the game and crafted many opportunities. The Pros dominated the run of play with the majority of possession and shots on goal. However, an inspired and stout Temecula FC defense thwarted every Albion advance. Forwards Matt Clare and Tre Hayes came close to opening their scoring account via some silky play but neither could find the back of the net. Hayes had a clear penalty shout 23 minutes in, but it was not awarded, by the referee who was very lenient on all the potential foul calls in the game. Nevertheless, the Temecula defense and goalkeeper kept the game at 0-0 through the first half of play.

The second half proved to be a different story. Albion Pros kept the pressure up after the interval with relentless shots and crosses. In the 60th minute Midfielder Felipe Liborio got on the end of a cross to head home the first goal of the night for Albion Pros. He found a pocket of space at the back post from an early cross and headed low into the bottom left corner of the net. The 1400+ people in the stands went wild with the goal. They didn’t have to wait long for the second either.

As Albion fans crowded the Mission Bay High School track to race flags down the sideline, former San Diego Sockers Forward Matt Clare found a pocket of space at the top the penalty box. Clare chested down a David Luquen cross and Clare rifled a right-footed volley into the top right corner of the goal, making it 2-0 Albion Pros.

Albion Pros continued to pile on the pressure as the supporters group, affectionately named the Deep End, started to chant “We want 3, We Want 3!” Unfortunately for The Deep End, the third never came, but the “G-Form Player to Watch” GK Jean Antoine kept an easy clean sheet. Antoine had a few shots come his way in the second half but nothing that troubled him much. Coach Ziggy was pleased with the total performance from the team and great fans.

[quote_box_center]“I’m extremely proud of the effort. The players prepared very well all week. I thought we managed the moments of the game to our advantage, particularly in the 2nd half and were rewarded with 2 very good goals that brought the HOUSE DOWN. The support was fantastic, and you can see this team believing that we are playing for something bigger than ourselves.” – Ziggy Korytoski[/quote_box_center]

Next week, Albion Pros take on NC Battalion in the first ever “San Diego Derby” between the two new clubs in what is also the National NPSL Game of the Week. A MASSIVE game as both teams look to claim the top spot in the division and gain San Diego superiority.