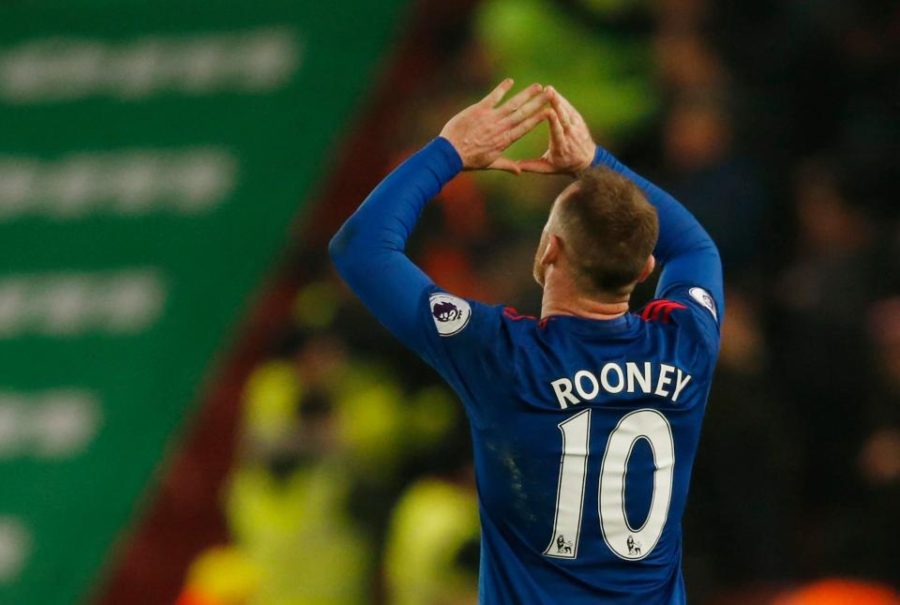 Around the World With a Six Pack

In the latest edition of Soccer Nation’s “Around the World with a Six-Pack”, we crack open another half dozen stories from the weekend that was.  From shocking upsets to stirring tributes and a whole lot more, it was a wild few days in the world of the beautiful game. Top yourself off and dig in.

We start in Chapeco, Brazil 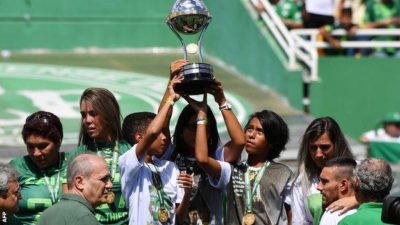 In the club’s first match since the tragic plane crash that shook the foundation of the footballing world, Chapecoense took to the pitch for a pre-season friendly against fellow Brazilian side Palmeiras.

Before the match, Chapecoense were presented with the Copa Sudamericana trophy, the competition that took them, fatefully, to Colombia for what should’ve been the first leg of the final against Atletico Nacional.

The video that has been making the rounds from Saturday’s 2-2 draw with Palmeiras is the fist goal scored by Chapecoense that tied the score at 1-1.  It was put home from close range by Douglas Grolli, currently on loan from Cruzeiro, and was followed by a brief moment of collective tribute.

Six men survived the deadly crash in late November, the crash killing 75 of the 81 passengers on board.  Three of the survivors were Chapecoense players.  Those three men, Helio Neto, Jackson Follmann, and Alan Ruschel, were all in attendance for Saturday’s match. 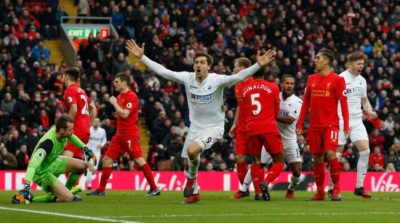 In perhaps the biggest shocker of the weekend, Liverpool watched their Premier League title hopes go at least partially up in smoke with a 3-2 loss at home to Swansea.

It was a disastrous afternoon for Jurgen Klopp’s Liverpool team, dropping all three points to a Swansea side who came into the afternoon affair sitting in dead last in the league table.

After a first half of possession control without any clear cut opportunities for the Reds, the Anfield crowd looked on in disbelief as Swansea’s new favorite Basque son, Fernando Llorente, knocked in two close range efforts in the span of four early second half minutes to give the Welsh visitors a 2-0 lead.

Liverpool fought back valiantly, Brazilian playmaker Roberto Firmino heading home just moments after Llorente had netted his brace.  Firmino then set up what looked to be a barnstorming Anfield finish with an exquisite piece of tight-knit control and a stunning left footed finish to make the score 2-2, Firmino matching Llorente goal for goal.

In the 74th minute, with the home side feeling the momentum and pressing toward the famous Kop stand for a winner and the completion of an incredible comeback victory, the Swans pushed out with a vengeance.  A loose bit of defending from Liverpool wound up with the ball falling to the feet of Gylfi Sigurdsson, the Icelandic leader slotting it home on a slide with his left foot from twelve yards out, past a helpless Simon Mignolet.

Adam Lallana had the best chance to level for the Reds, but it was not to be.  The result is not only a huge blow to Liverpool’s title challenge, but a massive boost to Swansea’s fight for survival.  It was the first victory for new Swansea Manager Paul Clement, the three points taking Swansea out of the drop zone and into 17th place, a position they would happily occupy come the end of the campaign.

Liverpool’s next match is on Tuesday, January 31st at home to league leaders Chelsea, the side they now trail by ten points after Chelsea’s easy 2-0 win over Hull City.  The now in-form Roberto Firmino will be attending court early in the day, an appearance stemming from his drunk driving arrest in Liverpool on Christmas Eve.  Jurgen Klopp has not yet publicly stated whether or not the Brazilian will start for the Reds that night. 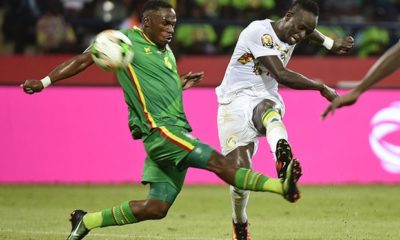 As Liverpool are going through their roughest patch of the Premier League season, one of their brightest stars is lighting up the footballing scene on his native continent.

Sadio Mane and his Senegal team have been the class of the African Cup of Nations thus far, with back to back 2-0 victories over Tunisia and Zimbabwe to open up their tournament slate.

As the only side to clinch their quarter-final place after two games, an intriguing group stage finale awaits Senegal, as they take on an Algeria team in a near must-win situation after the Desert Warriors were upset in their second group match by fellow North Africans, Tunisia.  An already eliminated Zimbabwe side will square off with Tunisia at the same time as the Senegal – Algeria affair, the games kicking off at 11 AM PT. 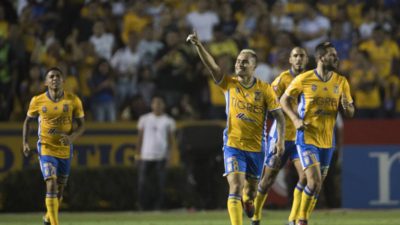 In a rematch of one of the craziest finals in Liga MX history, reigning champions Tigres reasserted their dominance with a 4-2 victory over Club America.

Lucas Zelarayan was the star of the show for Tigres, scoring twice for the home side in a game that was never really in doubt.

It was the first win in three tries for Tuca Ferretti’s side, Tigres now sitting on four points in the early Clausura campaign.  America however are without a single point and currently sit in dead last, Ricardo La Volpe’s Aguilas losing 2-1 to Toluca in their season opener before being hammered by Tigres this weekend. 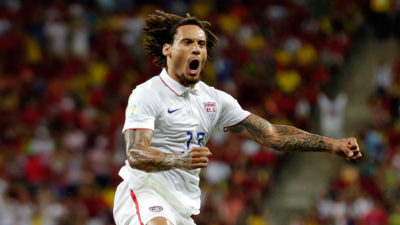 Speaking to ESPN,  Jones responded to Howard’s claims of a lack of cohesion for the U.S. team under Jurgen Klinsmann having a direct correlation with the number of foreign-born players in the team.

“When we lose the first two games,” Jones said, speaking of the first two hexagonal losses to Mexico and Costa Rica. “People want to look for things.  They say, maybe it’s the German-Americans.  But in the World Cup, when I score, when Brooks scores, people say, ‘they are American’.”

While Howard’s comments certainly ruffled some feathers, he has received a pass from the majority of the American soccer press.  His comments very much echo those of former USWNT star Abby Wambach, who received ample criticism and was judged quite harshly, some would say rightfully so, for her words that were perceived by many as xenophobic.  Apart from Jones, no U.S. players have publicly replied to Howard’s comments.

The U.S. take to the field on January 29th in the first game of the second Bruce Arena managerial era, a friendly against Serbia in San Diego being followed by another friendly against Jamaica in Chattanooga on February 3rd. 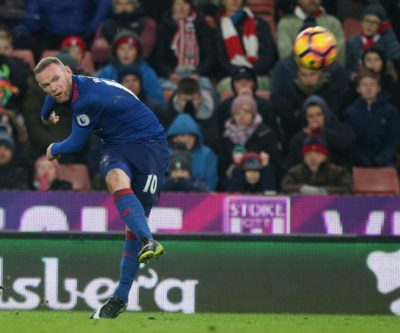 A piece of history morphed with the pressing need of the moment on Saturday, as Wayne Rooney scored his 250th goal for Manchester United.

The goal also rescued a 1-1 draw and a point for the Red Devils against a ferocious Stoke side that refused to concede throughout the day on their home turf, despite a flourishing attack from the visitors.  Stoke goalkeeper Lee Grant was in top form, and was just moments away from helping the Potters to their third straight league victory.  Instead, it was United continuing a streak of their own, the Red Devils now unbeaten in seventeen straight matches in all competitions.

Rooney came off the bench in this, his 546th appearance for the club, and rescued a valuable point for the Red Devils with an audacious curling effort from a free-kick in stoppage time.

The great Charlton was rather candid in his comments on the occasion.

“I would be lying to say that I’m not disappointed to have lost the record,” Charlton, 79, said to United officials.

“However, I can honestly say that I’m delighted for Wayne. He deserves his place in the history books.”

Charlton retired at age 35.  Rooney is 31, and how much he has left in the tank is a topic of a whole lot of discussion in Manchester and around the world.  The relationship between Charlton and Rooney is a wild one, with Rooney having now dethroned Charlton as the all-time leading goalscorer for United and England.

The Red Devils still sit in sixth place in the Premier League, United two points back of crosstown rivals Manchester City with 22 of 38 matches played.