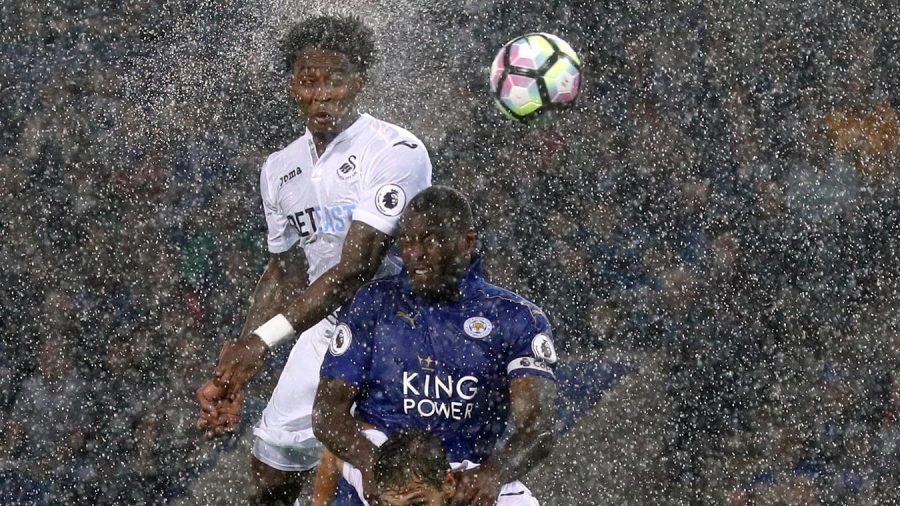 It was another winning weekend for the Manchester clubs, with Chelsea keeping right up with the perfect pace. Here's a game by game look at the weeken

With the Barcelona trio missing, which players will rule Copa America?
Premier League Six Pack – 13 Rounds Deep
Around the World With a Six Pack

It was another winning weekend for the Manchester clubs, with Chelsea keeping right up with the perfect pace. Here’s a game by game look at the weekend that was in the Premier League.

A penalty conversion from James Milner just before the halftime break had Liverpool in the lead until Danny Rose equalized in the 72nd minute. Jurgen Klopp was left to rue his side’s missed chances in a game that most neutral observers felt Liverpool should have won. Daniel Sturridge was a visibly frustrated man, as he waited all the way until the 88th minute before being thrown on as a substitute for Sadio Mane. Dejan Lovren received the official Man of the Match award, the Croatian center-back having an exceptional game and finally looking truly comfortable after a topsy turvy first two seasons in a Liverpool shirt. Tottenham’s Erik Lamela made amends for his foul on Roberto Firmino that led to the Liverpool goal, Lamela assiting Rose with a flick on header for the second half equalizer.

It was an utter domination for the Blues against the Clarets, and the first victory for Chelsea boss Antonio Conte that wasn’t by a single goal margin. Eden Hazard, Willian, and Victor Moses all got in on the scoring party, as Sean Dyche’s men were clearly outclassed from the onset, unable to replicate the Burnley performance the last time this fixture occurred. Perhaps that is a strange blessing in disguise, for that 1-1 draw back in February of 2015 was part of a season that saw Burnley relegated to the Championship. That season also saw Chelsea win the title. They’ve got some stiff competition, but it’s hard to find anything wrong with nine points from three matches. With the two Manchester sides going head to head when we return from the international break, Chelsea have a fantastic opportunity to go top of the table, traveling to Wales to take on a struggling Swansea on the 11th of September.

The South Coasters were the heartbroken ones, Bournemouth leading for over eighty minutes of play thanks to Joshua King’s 11th minute opener, only to see Scott Dann get on the end of a Jason Puncheon cross to level the score in the third minute of second half stoppage time. Selhurst Park erupted in bedlam, Alan Pardew and Palace fans alike celebrating their first point of the season. It was also the first point in three matches for Bournemouth, but they will be left wondering why it wasn’t all three.

Football’s a cruel game, a level of cruelty matched perhaps by the “luck” of the Irish. Everton beat Stoke with a single goal, and it came in the most ridiculous fashion imaginable. Just a few minutes into the second half, Stoke’s Phil Bardsley fouled Ashley Williams inside the box. Everton were awarded a penalty. Up stepped their captain, the ever dependable Leighton Baines. Standing in the Stoke goal was the ageless one, Premier League and Ireland icon Shay Given. Baines took the kick. Given saved it… only to have the ball ricochet off the post, off the back of his head, and into the goal. It went down as a Shay Given own goal in the 51st minute, and that was to be all the scoring. It was a gut-wrenching loss for Mark Hughes and Stoke, and a fine and dandy win for the Ronald Koeman and the Toffees, Everton remaining unbeaten and sitting in fourth place with seven points from three games.

The heavens opened up for this one, giving the footballing world some jaw-droppingly awesome images from a rain soaked King Power Stadium. Jamie Vardy got back to having a party, netting his first goal of the season for the reigning champions, and doing it in typical Vardy fashion (latching on to a ball over the top, taking a big touch, pressing the turbo button, and blasting home). The Foxes Jamaican leader, captain Wes Morgan doubled the home side’s lead with a close range smash. Riyad Mahrez (the reigning PFA Player of the Year who just pledged his foreseeable future to the club) missed a penalty that could’ve put the game on ice. Claudio Ranieri was instead left with a proper squeaky bum time, Swansea getting a goal back late through a great header from Leroy Fer. The Leicester fans were singing in the rain all day, and the final tune was a happy one, as their team held on for a hard fought and incredibly damp 2-1 victory.

It was late drama at St. Mary’s as two sides from opposite ends of the country shared the spoils in a 1-1 draw. Jermaine Defoe put the visiting Black Cats in the lead when he converted a penalty in the 80th minute. Jay Rodriguez equalized for Southampton just five minutes later. It was David Moyes’ first point as Sunderland boss, Southampton just one point and one place ahead, currently in 15th position.

This one was pretty much in the bag at the stroke of halftime, Arsenal taking a three goal lead into the visiting dressing room at Vicarage Road. Santi Cazorla slotted home a penalty inside ten minutes, with Alexis Sanchez and Mesut Ozil both scoring just before the break. Roberto Pereyra got one back for the hosts in the 57th minute, but that was to be all the tallies on the day. It was Arsenal’s first win of the campaign, and the sight of a healthy Ozil putting one into the back of the net has Arsenal fans purring with hopefulness. It was a total football masterclass from Alexis Sanchez, the Chilean maestro not only scoring but also assisting Ozil just six minutes later. The Gunners hold eighth place on four points, Watford in eighteenth with a draw and two losses.

The bus was parked for over 90 minutes, and the Tiger wall held strong. United were frustrated all day by a Hull City side that was devoted to their defensive mission. Sadly for the hosts, it all came crumbling down in the 92nd minute when young Marcus Rashford scored from close range after an energetic bit of play from Wayne Rooney that kept the ball in bounds. A raucous celebration ensued as rain poured down on the men in red. Heartbreak for Hull after a valiant effort. Glory for United as they continue their perfect start under Jose Mourinho. Three games. Three wins. The Manchester Derby awaits them on September 10th.

Another gutsy performance from the Smoggies sees their unbeaten start to the season continue. Back in the Premier League for the first time since 2008/09, Middlesbrough are proving to be a formidable opponent, now with two draws and a win to their names. American Brad Guzan was solid in goal for the visitors, West Brom holding much of the possession and having the majority of meaningful chances in the contest. Though Tony Pulis is being pegged by many to be the first manager to get the sack this season, the Baggies are not having a terrible start to the season, with four points after an opening weekend win on the road over Crystal Palace, a home loss to Everton, and this latest nil-nil stalemate with Boro.

Raheem Sterling looks to be a man in top form, his brace helping Pep Guardiola continue his perfect start as City manager. An 18th minute Fernandinho strike was sandwiched between Sterling’s tallies in the 7th and 92nd minutes. Michail Antonio got one back for the Hammers just before the hour mark, setting up an intriguing finish at the Etihad Stadium. Despite the brief scare, City were able to comfortably see off the Hammers, with Sterling putting the game to bed in stoppage time. Guardiola was quoted as saying he is “pleasantly surprised” with the early season form his team has found, and that there’s “still room for improvement”. That’s a scary concept, seeing as how easy it’s looking for the Citizens at the moment. Next up, as massive of a match as you’re going to find this early in a season, the Manchester Derby, kicking off the fourth Premier League weekend on Saturday, September 10th. Is the international break over yet?