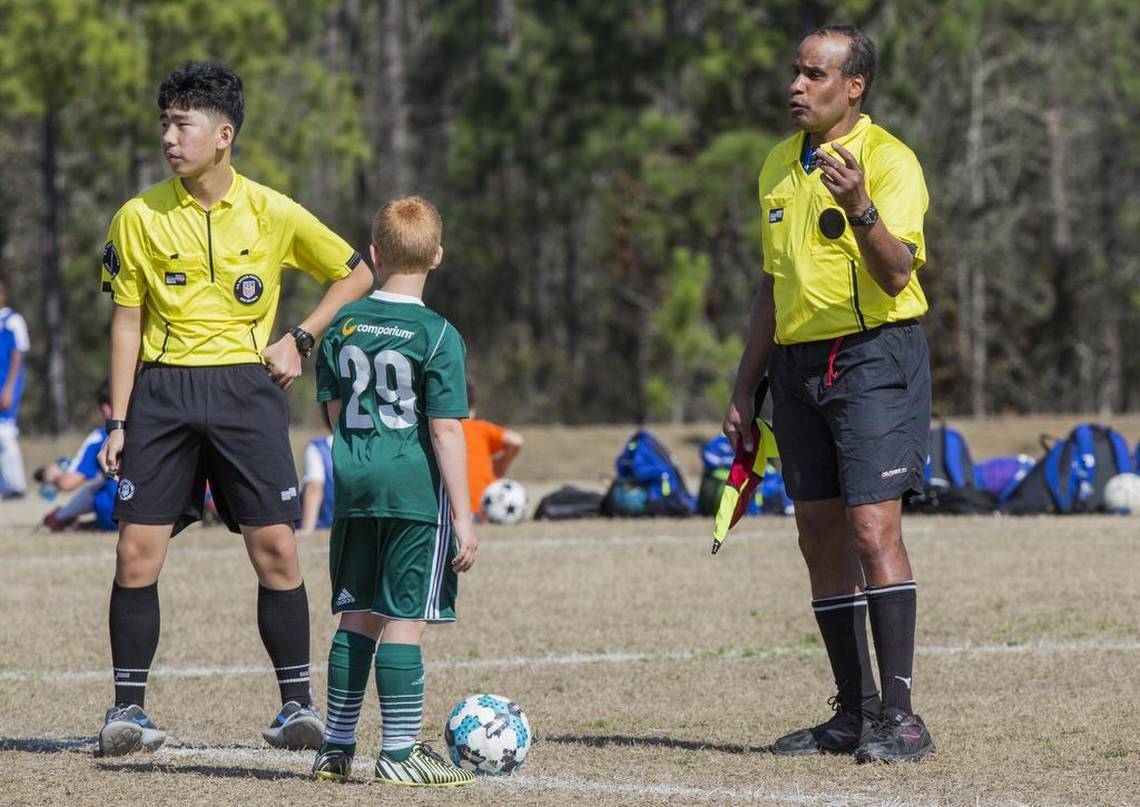 Youth soccer referees have a big responsibility. Each week they are asked to referee multiple games where there will be numerous decisions they’re expected to make and get correct. As if that wasn’t a challenge enough, all the games are played by kids with some of them pinning their college dreams on the sum result of all those games. And did we mention their parents are watching?

We’ve all seen bad calls. As much as we want youth soccer referees to get them all right, we know that won’t be the case. However, it can be frustrating when you feel there are more wrong calls than right. So what is a person to do?

We sat down with SoccerNation’s own Dike Anyiwo to talk about his 11 years as a youth soccer referee. “I started when I was 12 and eventually stopped when I was 23 because I wasn’t enjoying it anymore,” Anyiwo said. “I finished as an R7 level referee which is two steps above entry level. R8 is what you need to referee club games.”

Our goal in talking to Dike was to understand how a referee gets qualified and what it’s like making tough decisions and dealing with the backlash that sometimes accompanies them. “Referees qualify by going to a weekend seminar that consists of two eight hour days where you go through the rules of the game in the FIFA handbook. We do field work where you learn techniques about positioning, calling a foul, and correctly placing the ball at the spot of the foul. This is then followed by a written exam that you have to pass in order to qualify.” 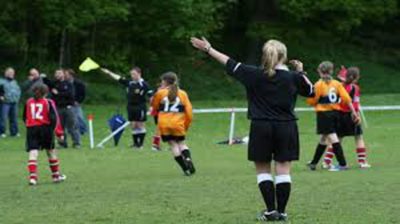 A CR and AR’s communication is vital for a referee

It’s important to know that there are typically three referees for every game. There is the center referee (CR) who is responsible for the overall management of the game and the vast majority of fouls and then two assistant referees (AR) who have the primary responsibility of supporting the center referee, most notably by helping to identify offside violations. Inexperienced referees typically start out as ARs and are placed with more experienced referees so they can learn. Each region has an assigner for these referees and it is their job to ensure the referees are placed at an appropriate level for their experience.

When a referee feels confident enough in their experience to advance a level they can request an assessment. The assessment is given by a senior referee (usually state level or higher) who comes and watches the referee in an actual game and they make the decision whether to move the referee up a level or not.

“As a referee, you know that regardless of whether you make the right call or wrong call, you are going to upset half of the crowd.”

Like anything, refereeing is a skill that must be honed. “There are a lot of useful tips you learn with experience,” says Anyiwo. “Little things like when to make eye contact with players and coaches, body language, and where you position yourself on the field make a big impact in communication and keeping command of the game.”

Regardless of skill, there will always be close calls in front of a partisan crowd. “As a referee, you know that regardless of whether you make the right call or wrong call, you are going to upset half of the crowd.”

So what is it like to make a close call and feel the ire of the onlooking crowd? “The parents were the toughest part about being a referee. I would do my best to ignore any upset parents and keep my focus on the game. The game keeps moving so I can’t afford to be thinking about some call from 15 minutes ago, but if it got to the point of abuse I would stop the game and speak to the coach.”

“I think parents ultimately aren’t there to pick fights,” continued Anyiwo. “They want to watch their kids play and cheer them on. At the older ages, there is more at stake and people sometimes lash out. Referees need to have thick skin and not be easily affected by external forces. You know that going in, but it’s a lot different actually being in the moment.”

“During the game, giving abuse or shouting to the referee is actually more likely to have a negative impact on your own team’s calls as there will always be discretionary calls.”

So what would Anyiwo recommend for anyone speaking to the referee during a game? “There’s a big part as a referee that just wants everyone to keep their opinions to themselves even though I know that won’t happen. I would advise anyone talking to a referee to ascertain whether or not the referee believes they’re right or wrong.

If they are wrong, then hopefully the ref will admit it and you can respect that they’re human and mistakes happen. If they think they’re right, it’s important to remember that it’s already happened and nothing is going to change. Asking the referees to reflect any mistakes in their notes is a reasonable action and it’s the only thing they can do once the game is over. Remember to be respectful and address them as sir or ma’am.

During the game, giving abuse or shouting to the referee is actually more likely to have a negative impact on your own team’s calls as there will always be discretionary calls that could very easily go against you. Remember that many of the referees are young and have a life off the field and they are doing their best to enjoy the game they love while making some spending money. You don’t know what else is going on in their lives and there is never a good reason to disrespect someone.

Being respectful and decent towards refs even in the worst calls is not only a great example for the kids to see, it is the right way to treat another human being. You wouldn’t accept a player speaking to the ref that way, so there is no excuse for a parent to do so. Treat your fellow human beings with respect.