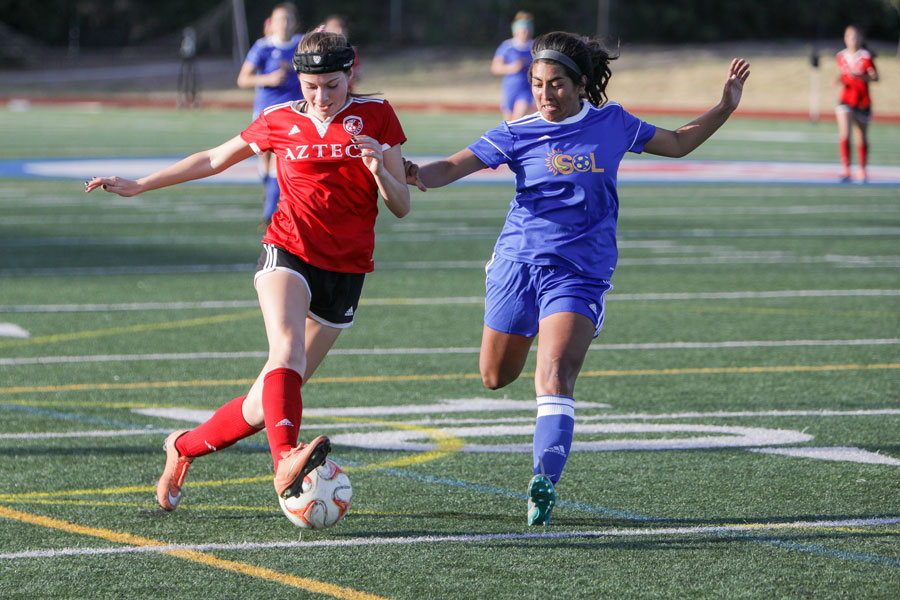 The 2017 Cal South Adult State Cup kicked off this Wednesday in LA and continues this weekend in Santa Barbara. The women’s side of the tournament is made up of the following teams, L.A. Villa FC, Sol and Central California Aztecs Legends.

Results thus far are as follows:

This tournament is ultimately about competing, but it also serves as a way to keep women involved in the game after college and way beyond. The three teams are very different in the way that they formed. The Central California Aztecs Legends are made up of I19 players who are prepping for the U19 National Cup.  The L.A. Villa FC team is a highly competitive team that plays in the WPSL.

The 2017 Sol Soccer Women’s team was put together to compete in the Cal South Adult State Cup. Sol Soccer founder and Director of Coaching d’Alary Dalton is the driving force behind the team, “We are excited to watch these women play. More importantly, Sol is excited that girls throughout our community will get a chance to see them play and see positive role models for young girls in soccer.”

Team members are drawn from current and former collegiate ranks and include NJCAA, NAIA and NCAA Division I, II & III players and coaches. While their backgrounds, experience and ages are diverse, what they all share is a commitment to growing the women’s game in the U.S. and abroad, as well as the desire to provide opportunities and support for girls and women to play and pursue careers in soccer as coaches and leaders. Whether the girls they inspire go on to play in college or not, “my hope is that team will offer lots of role models for girls and a pathway to playing and coaching opportunities as young adults”

The game on Sunday was amazing in so many ways and not just from the way the beautiful goals that were scored. To see the Sol team: a group of post college women, being coached by women who were title IX babies, play against a group of soon to be college women, while youth players served as ball kids, was almost a blending four of generations of soccer on the pitch. The experience was much more impactful than the score.

Also in order to encourage female players to think of the world and needs outside of their own soccer experience. Each member of the Sol team was asked to make a donation in support of The Sports Bra Project. The bras collected will travel with the Sol Women’s coach Carrie Taylor to Africa where they will be distributed and provide girls and women with the equipment necessary to take part in athletic activities. To find out more, follow The Sports Bra Project @sportsbraproject.  Follow Sol Soccer Club @solsoccerclub.