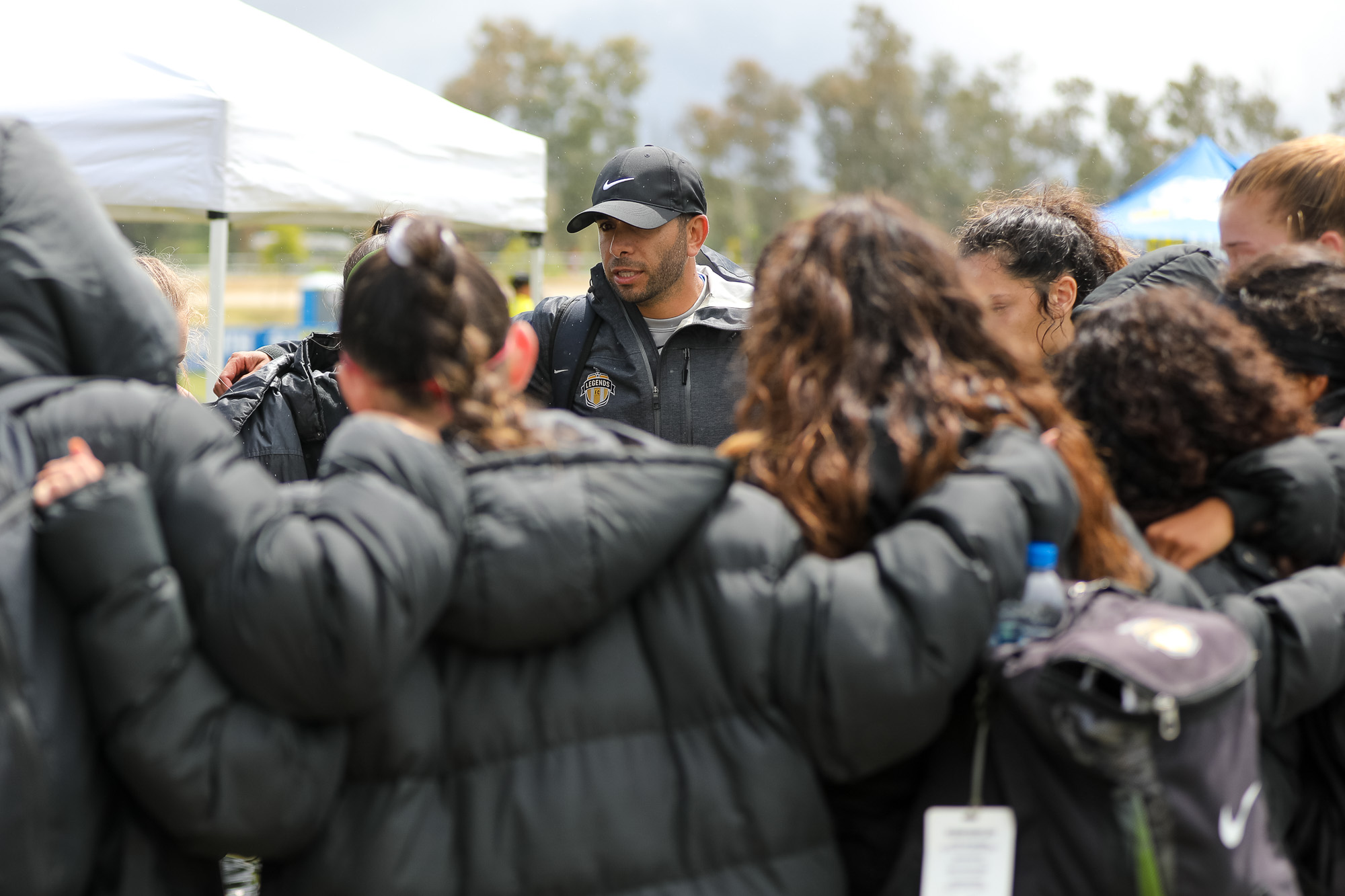 Before their championship game at Cal South’s 2019 National Cup against the reigning USYS National Champions Rebels SC, Legends FC G01’s coach Andy Plascencia told me, “This team has an awesome story.” Legends FC G01 had already achieved their goals (and then some). Sure, the result of this championship game was important. But this team had already blown past every expectation that had been set for them.

The championship game kicked off while the rain poured at Galway Downs in Temecula. Coach Ryan Marquez’s Rebels played their tried-and-true possession-based game. They passed the ball across their back line, patiently driving towards the midfield, trying to find cracks in the Legends’ game. Occasionally, Rebels were able to get into the attacking third, as were the Legends in the opposite direction, but the game went into halftime knotted at zeros. Rebels were finally able to break the deadlock in the second half, and that was all they needed. The game ended 1-0, and the Legends run was over. The team, made up of high school juniors and seniors, finished their run as National Cup finalists.

“I told these girls they were better than everyone else thought they were.”

Once the girls began gathering their gear before the awards ceremony, I asked Coach Plascencia what he meant earlier when he told me this team has an amazing story. He told me, loud enough for his team to hear, “Nobody thought this team would achieve as much as they have. Legends has a DA first team, and a DA second team that plays in the DPL. This is the ‘third team’ [air quotes], a team full of players that none of the other coaches wanted. After those tryouts last year, I told these girls they were better than everyone else thought they were. I told them if they could stick together and commit to improving every day that we would surprise everyone. And we have. Look at this. We made the finals of National Cup. That’s huge. These girls need to be proud of themselves for what they’ve accomplished.”

Coach Plascencia continued, “This team is full of juniors and seniors. We have eight high school seniors on this team. All eight are going off to play college soccer. That’s impressive for any team.”

From everyone at SoccerNation, congratulations to Legends FC G01. Best of luck in your future endeavors on and off the soccer field!

Here are the action shots from your National Cup final for you to enjoy and share, courtesy of SoccerNation and Soccerloco.