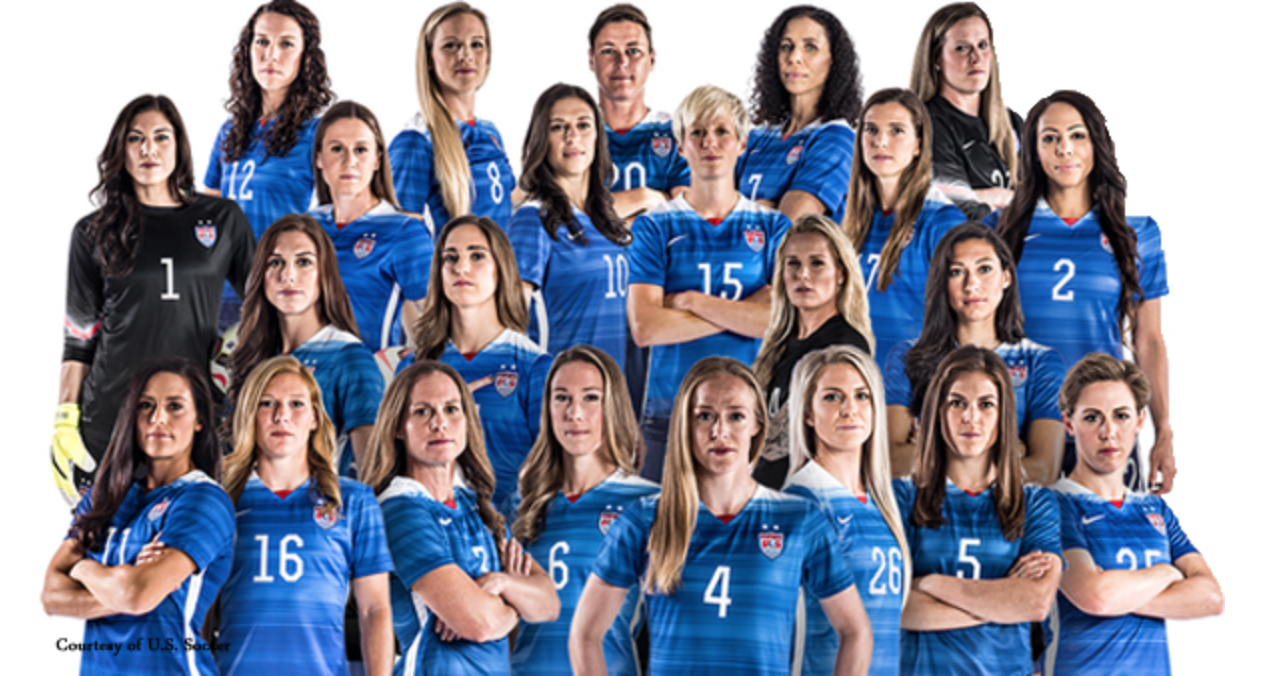 The U.S. Women’s National Team has not won a title in this tournament since *that* famous victory in 1999 against China. Even though they won the gold medal in the 2012 London Olympics tournament, they still harbor hurt feelings about the last World Cup when they lost to Japan in PKs four years ago. 2015 in Canada is a second chance for this team to triumph and remember this tournament with a happier ending since it might be the last one for some of the players.

The structure of the tournament changed because of the number of teams participating, so now the group phase has become more forgiving, meaning that a poor result or performance might not be as fatal as it used to be. However, the better the result coming off the group phase, the easier path the team will have to go through. 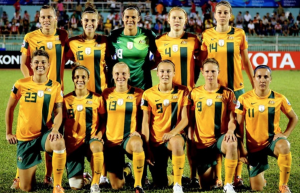 As far as the first game against Australia, who plays a 4-3-3 formation, we can expect the Matildas to be pressing up high, be good counter attacking and have their forwards Lisa De Vanna, Michelle Heyman and Sam Kerr on top their game. However, their most dangerous players, and definitely important to mark is De Vanna. As mentioned before she is their main striker and very dangerous up top. For this 30 year old, this will be her 100th international appearance. Even though Australia has never won against the U.S. there are 9 Australians playing in America right now, so they won’t be so intimidated anymore. 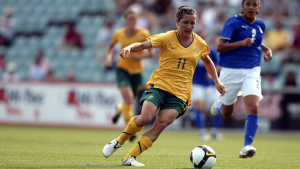 As far as the U.S. squad, we have the veteran Shannon Boxx from Redondo Beach, California who is the most experienced midfielder on the team. She plays in the same position as Carli Lloyd, who is the captain and has started all of the previous 10 matches. We also have Whitney Engen from Rolling Hills, California who is one of the newcomers on this squad, playing as a defender.

Meagan Rapinoe the midfielder from Redding, California is a veteran who brings probably the most experience in wide areas of all the Californian players, and she a very dangerous and creative player. Even though she had a minor injury recently, she is most likely going to be back in the starting lineup for the game.

Regarding the forwards on the team, we have another three players from California: Christen Press from Palos Verdes Estates, she is somewhat new to the team but has been playing really well and therefore starting most of the matches. There is Amy Rodriguez from Lake Forest, and Alex Morgan from Diamond Bar, who are both tried and tested forwards, bringing some experience to the team. Morgan has not been playing for a while because of her latest injury, but according to her, she is fully fit for the World Cup. We anticipate that she will most likely not make the starting XI until she gets more playing time and increases her fitness. She will probably come off the bench at some point in the second half against Australia, depending on the current status of the game.

[quote_box_center]”Obviously, we’re going to look at what our needs are,” Coach Jill Ellis said. “I’m excited now that Morgan is back in 100 percent training; looking great, sharp.”[/quote_box_center] 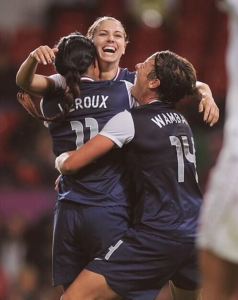 The trio: Morgan, Wambach and Leroux

With Wambach’s most important feature being her strength, she will need a partner up top that will provide the requisite speed, and we believe Sydney Leroux will do that job. 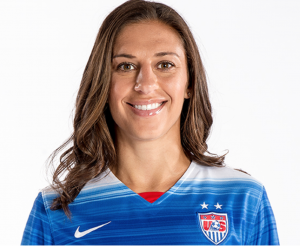 What we can expect from Australia is a team pressing up high, something that usually causes trouble to the American team. The Matildas have very dangerous forwards that will test out the U.S. defense, which has not been as watertight as desired as of late. At the back, Johnston and Sauerbrunn do not have room for mistakes with an opponent forward like De Vanna. We expect Rapinoe to come back well from the thigh injury and help Lloyd be more offensive instead of trying to help too much the defensive side. The performance of U.S. midfielders will be crucial to controlling the balance of the game. The team will be relying heavily on Carli Lloyd, Morgan Brian, and Lauren Holiday as their center piece to coordinate the team. Victory for the U.S. will hinge on the midfield creating chances for the strikers and the strikers converting said chances.

As far as the starting XI for the game, we will line up in a 4-4-2 with the personell probably be looking at something like this:

Today’s game, June 8th,  will be the opening game for group D with the match starting at 7:30 ET.