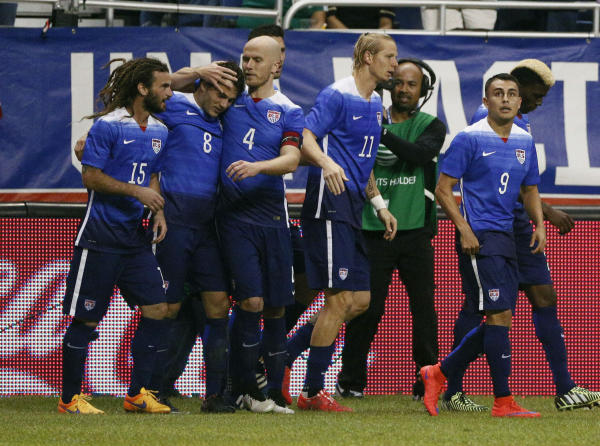 USA Tick Down One Place in the FIFA’s Rankings

Despite yet another 2-0 victory over Mexico in April, the United States Men’s National Team dropped a place from 27th to 28th. Russia is the team who jumped up above the USA due to their results in European Championship qualifying matches. The US currently have 825 “points” as determined by FIFA whereas the Russians are just 3 points ahead on 828. The United States gained 10 points in the last cycle as a result of the victory over Mexico, but Russia collected a massive 47 points after their 3-0 victory over Montenegro.

The United States senior team next take the field on June 5th in a high profile friendly against the Netherlands as they look to tune up to top gear going into this summer’s Gold Cup.

The US u20 though kick off in the Under 20 World Cup in New Zealand against Myanmar on May 30 at 3:00 am Eastern time. Coverage of the U20 World Cup will be hosted on Fox Sports 1.