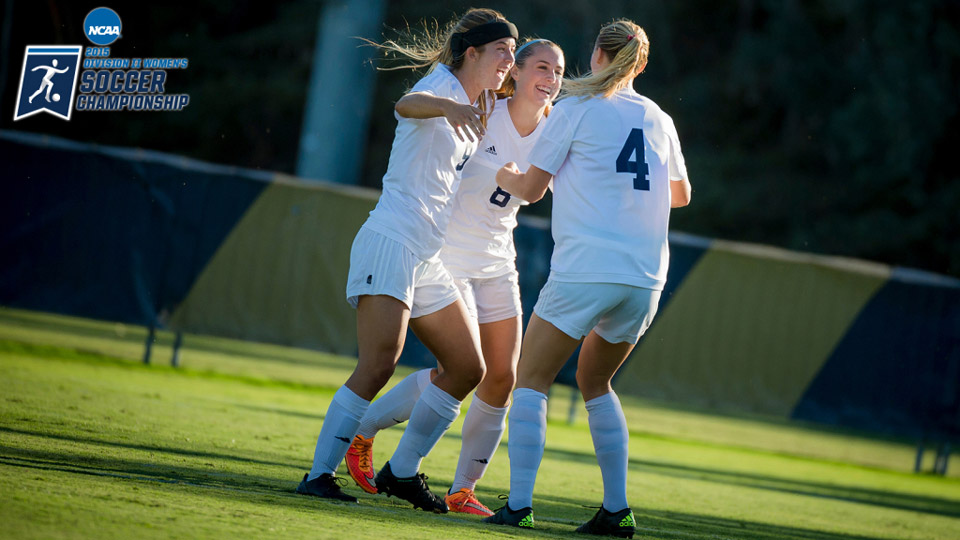 The women’s soccer program at the University of California, San Diego is not usually the first thing that comes to mind when the university comes up in casual conversation. But the name of long time head coach Brian McManus is basically synonymous with women’s soccer and UCSD. McManus came to San Diego thirty years ago from Scotland and landed in La Jolla playing with the San Diego Nomads from 1986 to 1989. In addition, McManus started his tenure with the Lady Tritons as a coach then, took over the program in 1987.

Since then, McManus has guided the team to seven national championships, two at the Division II level with the rest at Division III. Overall, the team has advanced to the semifinals over fifty percent of the time he’s been at UCSD. In conversation, McManus deflects attention away from his coaching ability and technique. You can see the genuine care he has in all the players he’s coached. He will talk highly of the talent that comes in year after year, naming all the great players he’s had the privilege of coaching. “They are here for the education, it’s a bonus that they are also great at soccer!” he said.

Recently, the OC Register featured a story on local San Diegan Christina Burkenroad and her recent success at the collegiate level. McManus coached Christina while she played for the Nomads. Her peers had already committed to a collegiate program. However, Christina had no such plan. With the guidance of McManus and a former Nomads player who is coaching at Cal State Fullerton, Christina was able to flourish on the soccer field again. McManus states that players like Christina are not uncommon. This is just one example of how McManus and the soccer community in San Diego allowed her to shine.

“Jordy McNutt played in the top team at San Diego Surf and she wanted UCSD,” said McManus. A benefit to playing with the backbone of a higher education supplements the commitment of his players and coaches have to the game. He has seen Division I players get worn out by the pressure to succeed and tire from the rigorous training. But, there’s a difference with the young women he coaches. These are players who want to come to UCSD for the education but also, they embrace the San Diego community wholeheartedly.

If you haven’t noticed already, there’s a common theme that surrounds McManus and his coaching style – community. When the players work with McManus they go on to coach at the high school and club level, committing themselves to the soccer community in San Diego. McManus, a proven winner, said that the biggest thing that he likes about the graduated players is that, “they are still playing today. The local leagues in San Diego have about 30 players who played with the UCSD program.” He commended the players that surround him who “possess the love and passion for the game” like many professional stars do. In addition to their passion,  he speaks highly of the soccer culture here in San Diego which helps to breed quality talent he is exposed to and maintain the community aspect.

McManus hopes to reach Division I level soccer to compete with other programs who have access to local top ranked players. He is most excited for an upcoming match in the spring against the Division I women’s soccer team at San Diego State. “We will be able to see how we match up against a program of that magnitude,” he said. But, in the near future, he will continue to show support for the San Diego soccer community.