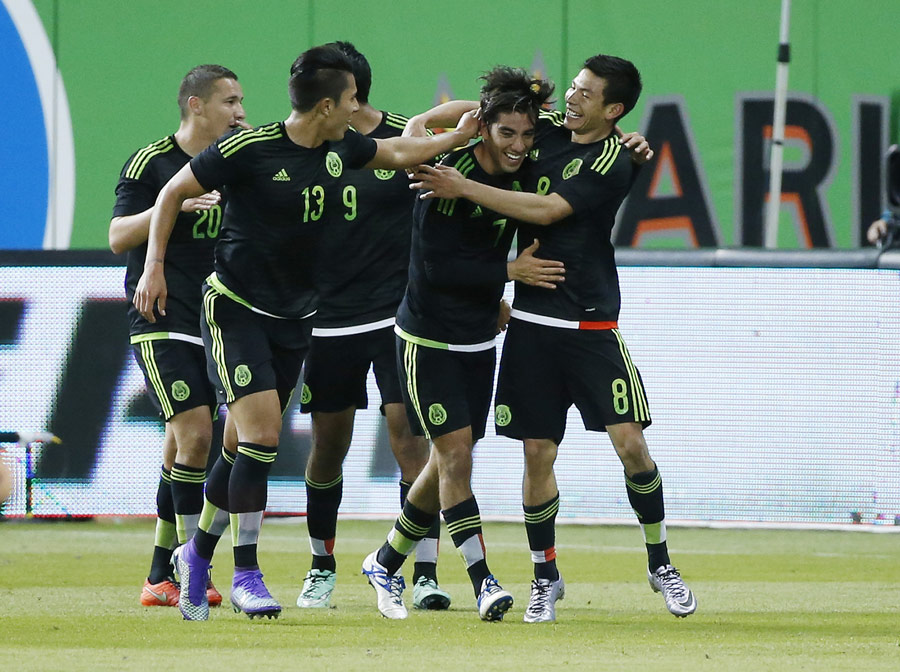 This Friday’s World Cup qualifying game against Canada will truly be the start of the year for El Tri.

The obvious objective for Mexico manager Juan Carlos Osorio is to gain three points in Vancouver this week, but the Colombian will also likely use this match to gain some insight on his team in a significant year.

In today’s El Tri preview, we are going to step into Osorio’s shoes and look at some of the questions that are no doubt lingering in his mind before the first significant game of 2016:

1. Can Mexico succeed without Carlos Vela and Giovani dos Santos?

It’s the big question that has garnered plenty of attention from Mexican media. If you’re the kind of person who is reading this article, there is probably a good chance that you’ve already had an argument with your tio about the absence of the two players.

Vela and Dos Santos are arguably some of the most talented Mexican players around, but their inconsistencies for their club teams are truly worrying. Dos Santos is currently injured, but was outclassed by striker Mike Magee in his first L.A. Galaxy match of the season. As for Vela, questions continue to emerge for not only his underwhelming form, but also for the future of his career

Vela not exactly concrete on future: Today I may want one thing, tmrw another and in the end I say: I’m bored of football and I’m retiring.

Other hard-working options like Jesus “Tecatito” Corona, Hirving Lozano and Javier “Chicharito” Hernandez have the capabilities to push away the worries of a national team without Vela or Dos Santos, but if the starting XI struggles in the attack, many supporters may soon call for the return of either player.

2. Who should be El Tri’s starting goalkeeper?

This is another fascinating question that continues to spark debate amongst fans.

Toluca goalkeeper Alfredo Talavera is the current favorite to start in net and will probably have an opportunity in at least one game for Mexico this month. A solid performance will likely solidify his spot in that position, but Cruz Azul’s Jose de Jesus Corona may give some competition to the 33-year-old.

Corona was easily one of Mexico’s best players in last month’s friendly against Senegal and has rediscovered his form with Cruz Azul that once made him Mexico’ No. 1 option in net.

As for Pumas’ Alejandro Palacios, the 35-year-old has yet to play a single minute with El Tri and doesn’t have the national team experience of Talavera or Corona. Sorry to any “Pikolin” fans out there, but you will probably once again see him on the bench during the next couple of national team matches.

Looking ahead, keep an eye on Guillermo Ochoa. The Malaga goalkeeper isn’t in this national team roster selection, but is slowly picking up minutes in Spain after the injury to Carlos Kameni.

At the moment, the answer seems to be Talavera for Osorio, but there is still a chance that Corona will have an opportunity to make a case for himself.

3. Who should start alongside Andres Guardado and Hector Herrera in the midfield?

With the form that Guardado and Herrera are in with their European clubs, there is little chance that either player will be on the bench in Friday’s game. Recognizing this, and assuming Osorio continues to use a 4-3-3, who will start alongside the two?

Plenty of the decision seems to rely on the positioning of Guardado. If the PSV player is slotted in as a lone defensive midfielder, somebody like Pineda, Fabian or Pizarro could all easily play as the attacking midfielder for El Tri.

Both Pineda and Pizarro are thriving in the Liga MX and are exciting young talents that could become difference-makers in the midfield. In Germany, Fabian has become a vital player for Eintracht Frankfurt, but has yet to reach the high expectations that were set for him.

The three players would be decent options in the midfield but may face stiff competition if Osorio were to instead place a more defensive-minded Jesus Molina or Rafael Marquez in the formation.

If either of the two previous names are given the start in the midfield, there is no question that Guardado and Herrera will be the two attack-minded midfielders.