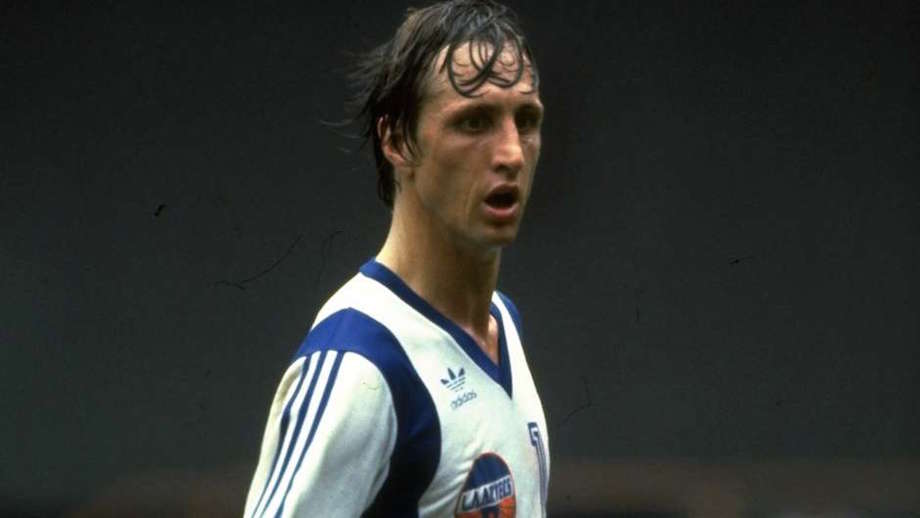 In many respects, Johan Cruyff was a larger than life figure. Possessed of immense talent and seemingly limitless intellect, he may have been a demanding teammate but helped transform the sport of soccer as we know it with three different teams. At his first club Ajax, and again with the Dutch National Team, he helped implement the “Total Football” style in the 1970s. He also instilled value in the patient homegrown approach and attention to detail with technical skill and team understanding as player and later coach of Barcelona, something that continues to be influential around the world today.

The midfielder has his acolytes who believe him to be the best ever, above Pele, Maradona and Messi. Truthfully, he’s typically placed at a level below the Pele and Maradona on the playing pedestal, although this standing neglects the immense influence he had over the game after hanging up his boots. Whereas Pele primarily became a pitchman and Maradona battled personal demons before a shambolic stint coaching, Cruyff’s intellect on the sport, as well as his time spent coaching, far outstripped the other two in their post-playing days.

Cruyff spent the last years of his life as a consultant, as well as someone willing to say something interesting to the press no matter if you agreed with his conclusion or not. With him, there was no sense that he was taking an outrageous stand on modern football to get attention — he had thought deeply about these topics, and was always blunt in his conclusions.

Of course, Cruyff also had an influence on American soccer, too, albeit one that was overshadowed by his exploits in Europe. Joining the NASL’s Los Angeles Aztecs in 1979 after a brief retirement, he reunited with “Total Football” coach Rinus Michaels at the Aztecs and embarked on a successful season at the Rose Bowl. The Aztecs finished second in their division behind eventual Soccer Bowl champions Vancouver Whitecaps, and Cruyff himself played well, scoring 13 goals and 16 assists in 23 games. He was named an NASL first-team All-Star and also NASL MVP in 1979. Vancouver knocked Los Angeles out in the conference semifinals that year, and by 1980, Cruyff had moved on to the Washington Diplomats.

What was Cruyff’s time like in Southern California? Like subsequent stars who moved to the United States late in their careers, Cruyff and his family relished the sense of anonymity they felt in LA. At the same time, the team benefited from the Dutch star’s presence, as he became a draw and helped attendance reach its peak for the club at an average of more than 14,000 a game in 1979.

In the end, Cruyff’s sojourn in Southern California was brief, but he remained a citizen of the world and was supposed to help Chivas USA find a coach in 2012 in his capacity as advisor for Chivas de Guadalajara and Chivas USA. But he was fired before he could actually select a coach for the doomed MLS club. Given the club’s tumult at the time, perhaps it would have made little difference, but it may have been pretty interesting to see who Cruyff would have picked to coach the team had he remained on the job.

All in all, Cruyff’s death today after a battle with lung cancer is a sad thing for soccer. His influence looms large over the game as a whole, but he played a very tangible role in the history of soccer in the United States and in Los Angeles, too. May his influence not be forgotten.