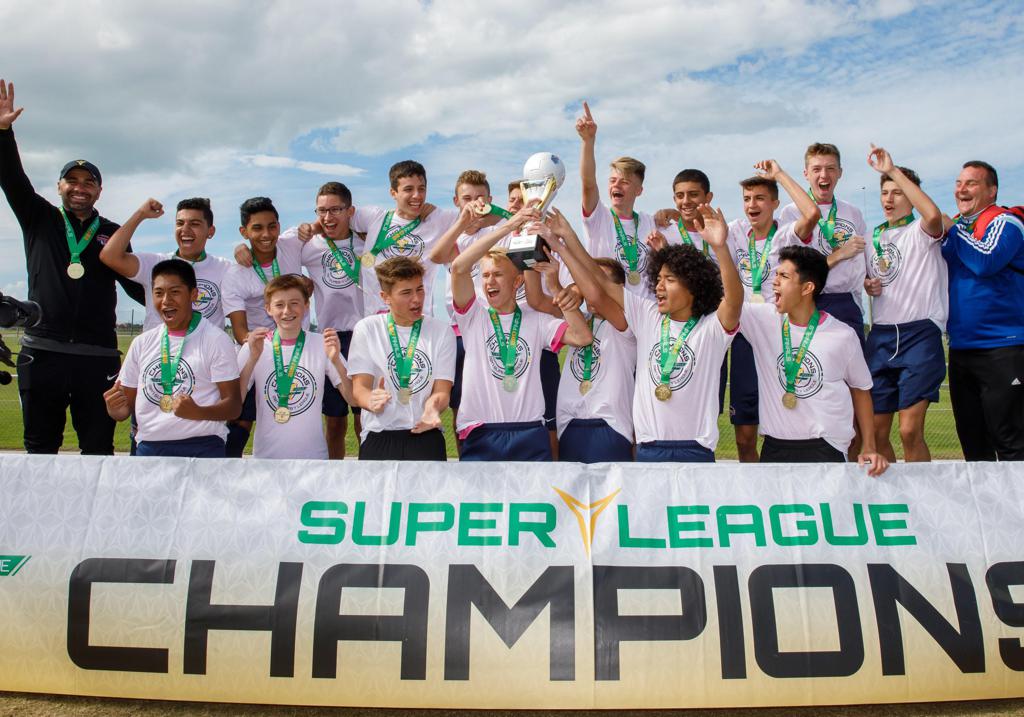 The Super Y League, a part of the United Soccer League family, today announced an expansion of its growing circuit into Southern California. As part o

“We’re excited to build relationships with quality groups looking to build on their current programs,” said Joel Nash, USL Director of Business Development. “We have been given great insight into the region, and are focused on providing the unique, customized and proven platform that Super Y League provides.”

The USL Experience is a one of a kind partnership between USL clubs at the professional level and the youth clubs that make up the SYL membership. Through this annual event, elite players are afforded the opportunity to train in a professional-level environment; play matches against professional academy teams and are recognized at halftime of the host team’s regular season match. In 2017 San Antonio FC hosted the USL Experience and Phoenix Rising FC is scheduled to host in 2018.

This expansion into Southern California shouldn’t come as a shock to very many people. USL President Jake Edwards described the ambitions of the Super Y League in an interview with SoccerNation at the back-end of last year:

“We (USL) have the Super Y League with over 600 teams across North America. We’re very active in the youth space. What we’ve been trying to do is connect the Super Y League into our USL professional leagues in the right way. We’ve started a few things to do just that. Two years ago we started something called the USL Experience. It was most recently held in San Antonio, and was in Cincinnati prior to that.

“What we do there is we take the elite players from the Super Y program and we bring them into a professional USL club for a couple of days. They play games, they train, they listen to the coaches talk, they meet the players, they do press conferences, they are on the pitch and they learn to understand what it looks like to be a professional during an immersive 2-3 day experience.
We fund that. We run that. It’s been fantastically successful and that’s something we want to build upon.”

Those who have seen the rapid expansion of the professional tier of the USL across the country likely anticipated this accompanying push at the youth level to reinforce the foundation of the pyramid that the United Soccer League is building.

Currently, there are two USL teams in the neighborhood of this new Southern California Division, LA Galaxy II and Orange County Soccer Club. The Galaxy, with their Major League Soccer legacy, have an extensive youth club network, with affiliate clubs in San Diego, Orange County, and South Bay.

Orange County Soccer Club has also recently taken a number of major steps forward in their youth development initiatives, partnering with Surf Cups Sports and bringing Keisuke Honda in as a part-owner. Honda comes with his internationally established Soltilo FC brand, which is designed to provide professional pathways for young players.

“As part of a larger overall organizational structure, and given its position as one of the longest-standing national youth leagues in the United States, the Super Y League has always been extremely important to the overall pyramid of the USL,” said USL COO Justin Papadakis. “Top clubs from across the country are seeing the benefits and opportunities of being part of Super Y League, and the USL.”

While the individual member clubs that will join the Southern California Division of the Super Y League have yet to be confirmed, it is certain that the SoCal Division will be one of the league’s most competitive groups. Southern California is a true hotbed of youth soccer talent that is becoming spoiled for choice when it comes to gaming circuits in which to compete.

The soup to nuts pathway that the USL provides for ambitious players who want to challenge themselves is perfect for an area that often sees potential talent fall by the wayside due to lack of opportunities.

Stay tuned to SoccerNation to keep up to speed with the Super Y in Southern California, and be sure to visit www.sylsoccer.com to learn more about the league at large.