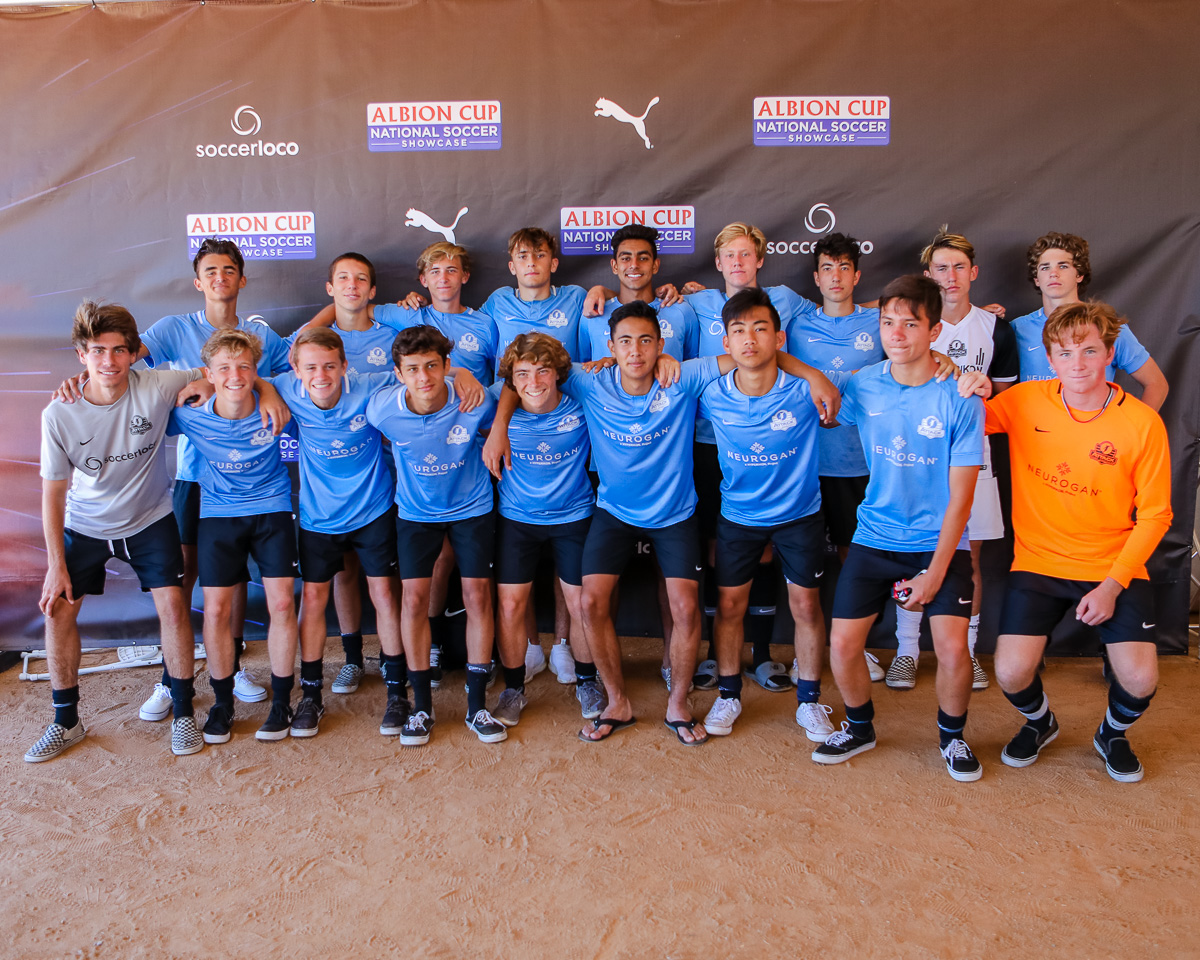 At the recent Albion Cup National Soccer Showcase, I watched the championship game of the Men’s 2002 Showcase group. Held at the So Cal Sports Complex in Oceanside, Albion Cup is one of the top soccer tournaments in SoCal & the nation. Teams from across the country come to compete at Albion Cup. Making the championship game, however, is not an easy task. Since Albion Cup is such a competitive event, earning a spot in a final takes stamina, a deep roster, speed, and skill.

Darren Parker’s RSF Attack B02 was competing in the top bracket (the “Showcase” group) at Albion Cup. They fought their way through tough competition to earn a spot in the championship game. After three grueling group round games, and a Sunday afternoon semi-final, the Monday morning final tested both teams’ limits. Attack’s opponent was the very tough HG Eagles.

HG Eagles play their fall soccer in the top bracket of Coast Soccer League (CSL “Premier”). RSF Attack B02 competes in the SoCal Developmental Soccer League (SCDSL). Albion Cup, and other top summer tournaments, are a great opportunity for clubs across the region to face teams from other top SoCal soccer leagues (and there are a LOT of them!).

The Albion Cup B2002 championship went down to the wire. HG Eagles came out on top by a 2-1 score line. The winning goal for Eagles came off an unfortunate miscommunication on Attack’s back line. As Attack’s center-back waited for his goalkeeper to come claim the free ball in front of goal, an Eagles player swooped in a buried the winning goal.

Such miscues happen across all levels of soccer, from recreational youth games to Champions League and the World Cup. Coach Parker was quick to acknowledge the painful, yet valuable, lesson his team was able to learn through the experience.

“Monday loss was a tough one for the lads.”

Coach Parker told me, “Monday loss was a tough one for the lads. They had played well, and deserved to be in the final. Overall I was very pleased with the team, we set a goal to make it to the final and played against some tough opponents.  So far, the team has reacted well to the fundamentals I’m trying to teach and technical awareness on the field. Their performances so far means that they are moving in the right direction, we have made to the semi-finals of Man City Cup, champions of the Rebels Showcase, and now finalist of the Albion showcase. Playing tough opponents like this, and learning these hard lessons will help the boys compete in SCDSL this Fall.”

From all of us at SoccerNation, best of luck in the Attack Summer Classic and in your SCDSL season, boys!

Here are more images from the game. Enjoy!

If you have a team that you would like profiled, let me know! carey@soccernation.com