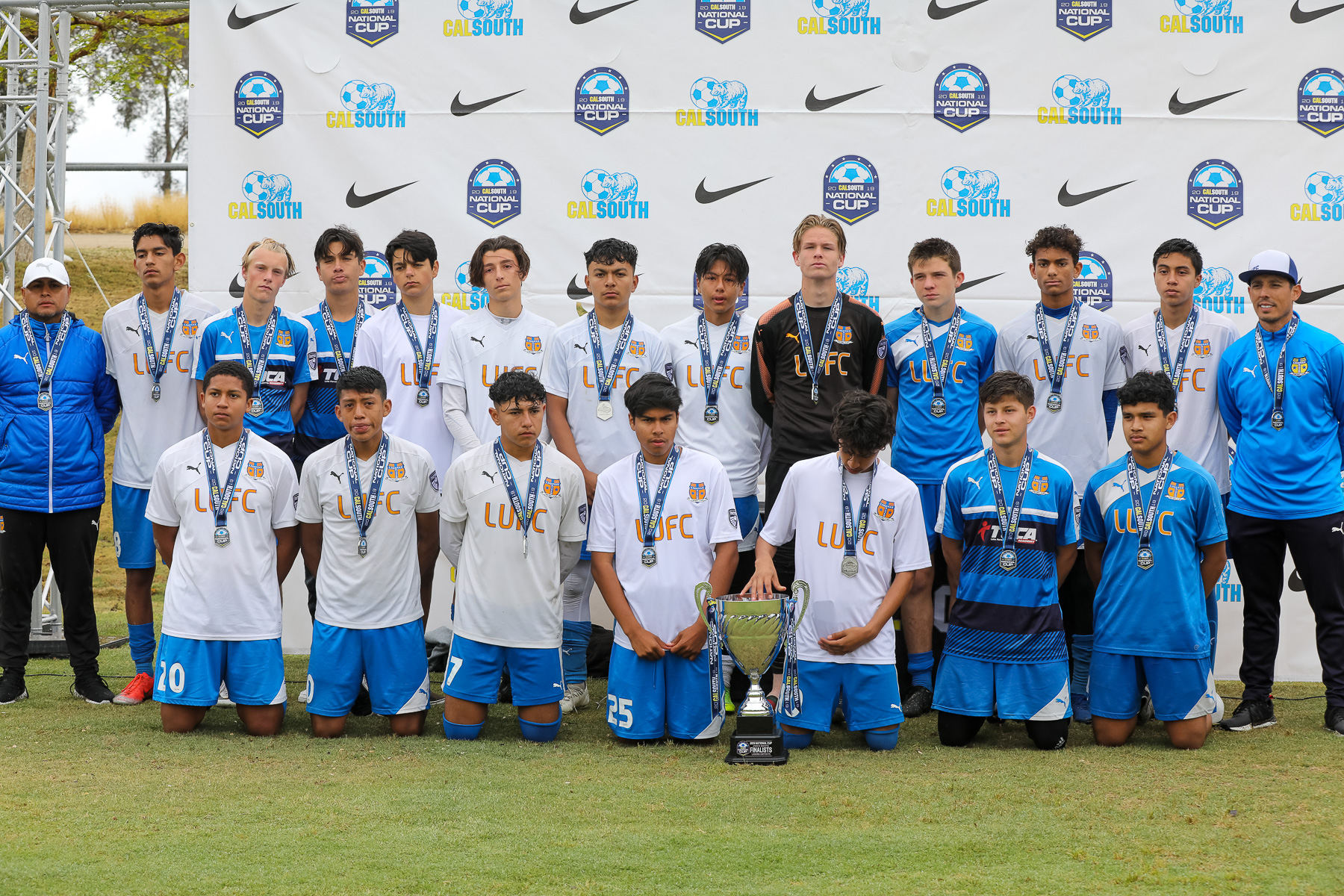 Boys 2003 Championship: Regionals on the Line

Cal South National Cup recently completed their championship weekend. Competitive club teams from across the region were all fighting for a spot to represent SoCal in Far West Regionals in Boise, Idaho. The championship game of the Boys 2003 division had huge consequences for both teams. Neither LA Galaxy San Diego nor Laguna United FC had earned a spot in Regionals by way of Regional League. Both teams play their league soccer in the SCDSL Discovery League, and had tied 0-0 during the regular season.

The game ended 1-0 in favor of LA Galaxy San Diego. Galaxy’s lone goal came by way of a penalty kick in the second half, minutes after Laguna United FC had a goal called back because of an offside call.

Laguna United FC head coach, Marcelo Aguirre, told his team after the game, “I couldn’t be prouder of you boys. You fought hard that entire game and never gave up. That’s all I can ask of you.” As his team was packing up to head to the awards ceremony, Coach Aguirre told me, “This team is amazing. They fought hard through this entire tournament. Every knockout game went to PKs or extra time. This team never gives up. I’m so proud of them.”

“We are all going to emerge from this day smarter than we were coming into it.”

Laguna United FC players, Benjamin and Vincent, said they’re taking so much from this game. Benjamin said, “I can’t express how proud I am of these boys. We are all going to emerge from this day smarter than we were coming into it.” Vincent added, “We’re gonna get it next year. We’re gonna win.”

From everyone at SoccerNation, congrats to Laguna United FC on a great National Cup run. And best of luck at ManCity Cup and Surf Cup later this summer!

Here are some more action shots from your game to enjoy: