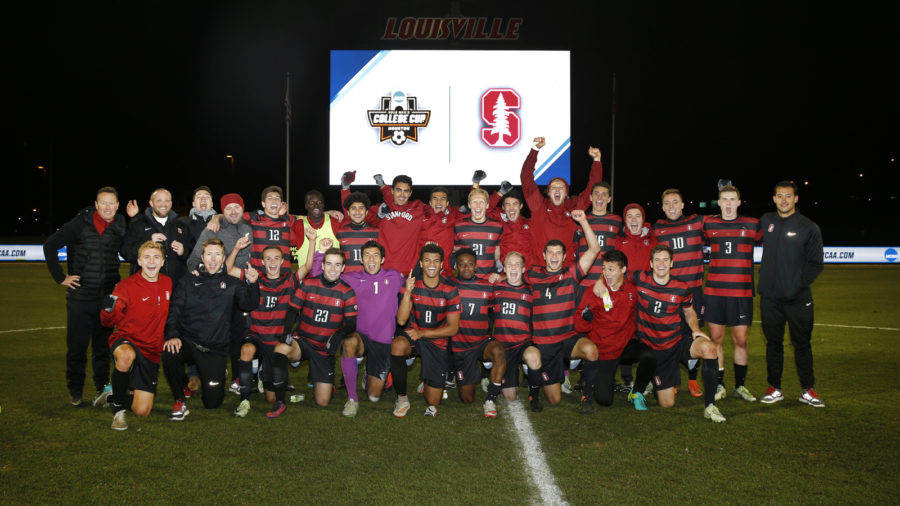 Stanford is back in the College Cup Final Four for the second straight year following their 2-0 victory over #7 Louisville on the road on Saturday night. Stanford is now just two wins away from repeating as national champions.

Against Louisville, Stanford scored what would be the game-winning goal in the 63rd minute after a back-and-forth match between the two sides. A corner was whipped in from freshman Derek Waldeck. The ball dropped on a dime to Foster Langsdorf, who headed home his 15th goal of the season.

Stanford then doubled their lead in the 78th minute when Sam Werner’s free kick from 30-yards out sailed by the diving Louisville goalkeeper. Stanford’s defense limited Louisville to just 4 shots on goal that were easy saves for Cardinal goalkeeper Andrew Epstein.

In three College Cup matches, Stanford has defeated Pacific, #12 Virginia, and now #7 Louisville. Stanford has also held all three opponents scoreless while tallying 5 goals. Up next for Stanford is #9 North Carolina who are looking for their first national title since 2011. The other College Cup Final Four matchup pits #2 Wake Forest against #6 Denver.