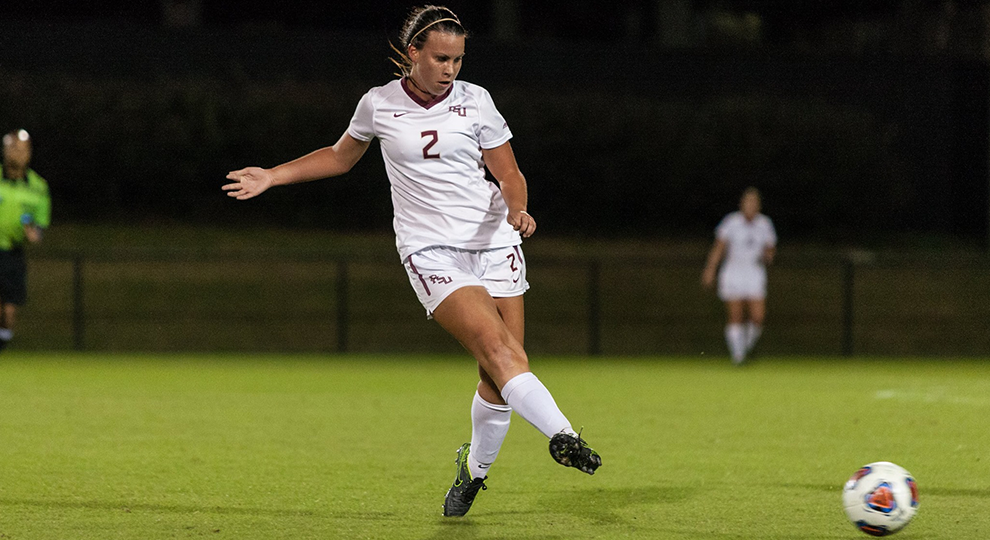 More than 280 players from California on 46 different teams competed in this year’s edition of the NCAA Women’s College Cup. That massive list of players is now down to five on four teams, who will all be playing for a championship spot tonight in Cary, North Carolina.

Below we take a look at the California players still competing.

Florida State University (18-2-4) has scored 15-0 against its opponents in the College Cup. Sophomore midfielder Haylie Grant, a former Mustang Fury player from Brentwood, has played in 11 matches and has contributed four total shots this season.

Duke (13-5-5) has three California natives on its team: former So Cal Blues player Kelly McCann of Palos Verdes Estates and Krysia Sikora and Danielle Duhl of Los Angeles. Duhl, a junior midfielder, has appeared in three matches this tournament and has contributed one shot. She has one goal for the season, which she scored against California on September 6. Duke barely escaped Stanford last week in the quarterfinals with a penalty kick shootout. The Blue Devils and Seminoles play tonight at 7:30 p.m. PT and the match will air on ESPNU.

Rutgers University (19-3-3) takes on Penn State (20-3-2) tonight at 5 p.m., also airing on ESPNU. Former  Surf player and midfielder Cassandra Taniguchi has not made an appearance this tournament but has made four appearances for her freshman season with Rutgers. The Nittany Lions have scored 17-0 against their opponents this tournament and the Scarlet Knights have scored 7-0.