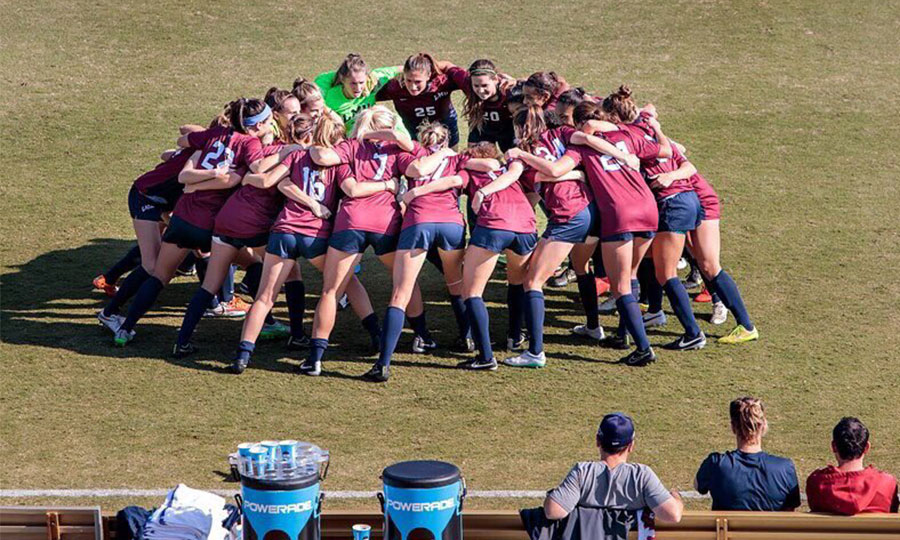 The 2015 college season has been a remarkable one for the Loyola Marymount Lions. The Lions upset #17 California in the first round of the 2015 Wom

The 2015 college season has been a remarkable one for the Loyola Marymount Lions.

The Lions upset #17 California in the first round of the 2015 Women’s College Cup last week for its first-ever NCAA Tournament win in program history. The Lions set a new program high for wins on the season with 14 and their 10-0 record at home marked just the second time in program history that the Lions have gone undefeated at home since 1998.

This year’s success, according to head coach Michelle Myers who was named West Coast Conference Coach of the Year, starts with senior leadership. The Lions have eight seniors on the roster, who Myers says have stepped up and set high expectations for each other to make this season special. One senior in particular, Callie Taylor (Beach F.C. and Irvine Strikers), has been a large part of that leadership.

Taylor scored the game-winner against California in the 39th minute off a corner kick from fellow senior Jocelyn Blakenship.

“Me as well as the other eight seniors are just so blessed to be able to continue playing while prolonging our season as long as possible,” Taylor said. “Against California, we started looking around at each other like, ‘okay we got this one. [Blankenship] set up an amazing ball and [senior defender Cassidy Nicks] screened the keeper, so the keeper couldn’t really get to the ball and it just kind of fell right in front of me. I just kind of pushed the ball in the back of the net.”

Taylor transferred to LMU from Cincinnati for her junior and senior seasons. She was originally from Long Beach and already knew some players on the team.

“When I came on my official visit I kind of just knew that this was where I wanted to spend the next two years, it would be a good fit for me and I could make a good impact on the school,” Taylor said.

When Taylor arrived prior to her junior season, the LMU team already had six forwards in the rotation. Injuries to other forwards opened up an opportunity for Taylor. She delivered and finished the 2014 season with three goals and an assist in 18 total appearances. This season, Taylor scored two goals in 20 starts.

“We feel very blessed that she ended up deciding to transfer to us,” Myers said.

Myers and LMU will look to Taylor and the other seniors on the squad for leadership as LMU gears up for a second round match against Minnesota, who defeated South Dakota State 5-0 in the first round.

“We’re trying not to deviate too much from what we normally do and who we are,” Myers said. “We know that [Minnesota] will be a little bit more of a physical team and we’ve dealt pretty well with that all year so that’s not something I think will overwhelm us.”

Taylor also plans to treat this game like any other.

“It’s definitely a wonderful game for us and if we go in and play the game and compete and work hard, we can get the result that we deserve,” Taylor said.

A win on Friday will be another milestone for LMU in what has already been a season full of them.