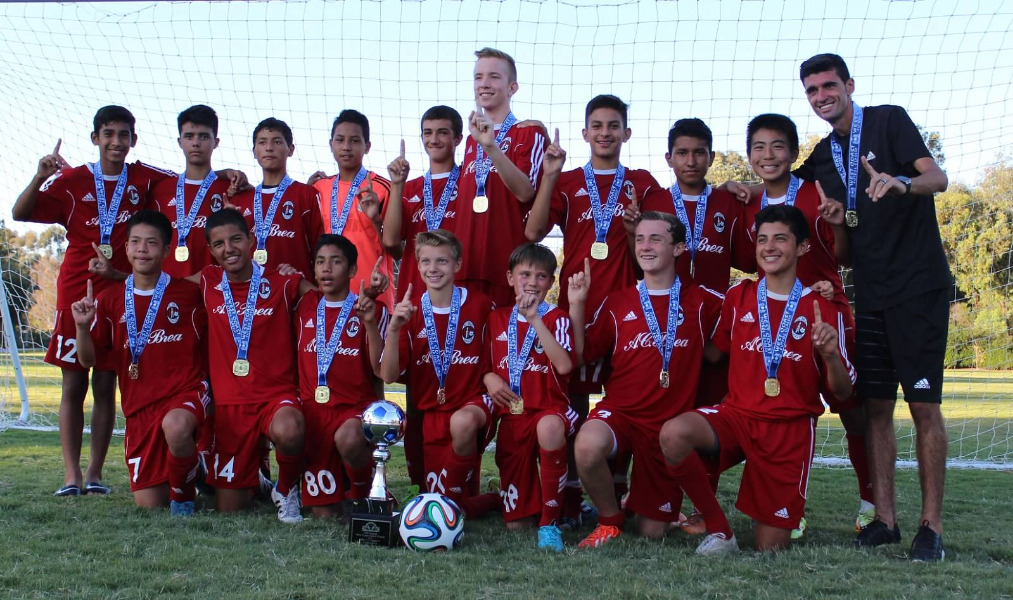 Matt Morse is no stranger to SoccerNation. After a detailed chat this week about his role as President of So Cal Premier, Morse sat down with our own Nate Abaurrea to discuss his Director of Coaching position at AC Brea in Orange County. AC Brea have some unique philosophies in the youth soccer landscape, and Morse is extremely proud of what his club represents.

Here’s the full conversation, in our latest edition of the SoccerNation Sitdown.

Nate Abaurrea: Matt, let’s talk AC Brea. You’ve been the D.O.C. at the club since 2006, and you take ample pride in the badge. For you, what makes AC Brea different from the rest of the clubs in Southern California?

Matt Morse: I think there are two things that really stand out. One is just how we operate overall.

When I got hired back in ’06, I made it clear that I wanted to oversee every aspect of soccer, not just the top club sides. I oversee the rec teams as well. The board handles all aspects of the business, and I handle all aspects of the actual soccer.

The other main thing within our operation that stands out as a main difference from the norm is that as the D.O.C., I do not coach any of the youth teams. That’s by design.

To me, a D.O.C. coaching a team is a conflict of interest. At that point, you’re your own boss. How are you supposed to examine the job you’re doing as a coach if you’re the one that’s coaching? That’s never made sense to me.

And if you’re spending time recruiting your own players and coaching your own teams, how are you really able to evaluate your other coaches and see if they’re doing a good job? Do you just go by wins and losses? Word of mouth?

It’s important to have a strong system of checks and balances in place, and be sure that everyone is on the same page. I think we have that at AC Brea.

Nate Abaurrea: Now AC Brea is also 100% independent. How does that play in to your club’s philosophies?

Matt Morse: I think that independence is one of the main reasons why we’ve been successful. We’re not a franchise or an academy. As you said, we are 100% independent. I like to say we’re “all Brea all the time”. It’s mandatory that we have a heavy majority of Brea citizens as our players. That’s something we take great pride in.

We also take great pride in the way we develop players. Developing players is what youth soccer should be all about.

At AC Brea, we have age group coordinators that oversee the development phases within our club. There are 9 different phases:

The majority of clubs in our country stop there. Not at AC Brea. We continue on with Phase 7 which is our U23 team (currently in development), then Phase 8 which are our Adult teams. We even have an Over 35 team for players to play after they pass their prime. We know that at any time a player may grow beyond our club, it could be that they enter an Academy program as a youth or move on and go to play at a college or even have an opportunity to play professionally. Regardless, if they are in the area and want to play, we want to provide a place for them to continue to grow in the game no matter what the age.

I feel like most coaches excel with a particular age group, and at Brea we want to play to our strengths in that regard. We want coaches involved with the age group with which they best connect.

One other thing I want to highlight is that we have three adult teams at AC Brea, made up almost entirely of alumni, people who have suited up for Brea in the past and still have that love and passion for the shirt and for the game of soccer as a whole.

Nate Abaurrea: That’s quite unique, and quite intriguing as well. What was the impetus behind those AC Brea adult teams? Does it connect in some ways to your mentality as President of So Cal Premier?

Matt Morse: Absolutely. It’s at the same philosophical core. It’s all about giving people a chance to play quality soccer after their youth careers are over.

Whether it’s the staff at AC Brea or the board at So Cal Premier, we don’t look at soccer as something that ends when you’re over 18 years of age. It’s a mindset that I want to see spread around Southern California and beyond.

If you’re a club president or a D.O.C., keep players around as part of your club. Those are your alumni. They’re part of your family. That should be the mindset.

These adult teams are great. They keep people involved and passionate, people in their 20’s who still live in the community and have pride for the shirt they wore for so many years.

What if the kids play their last season of club soccer and then go off to college? Whether they’re college athletes or just people who still love the game, give them a team to play on in the summer with your club’s name. Keep people around! The adult teams might not make a ton of money for the club, but the benefits are endless.

We get board members out of it. We get volunteers out of it. It’s a total community thing. And 15-20 years from now, who knows, AC Brea could have a little stadium and a 2nd division team. It starts with keeping people involved.

I would encourage every club to have at least one adult team that plays in a local amateur league. All it takes is one or two practices a week and a game on a Sunday. Our adult teams often get to play on Saturday nights. How cool is that? Night games under the lights for these players who are still playing for their true love of the sport.

Look outside the box of want your club and the game of soccer in your community to become. Provide that space for people to play beyond 17 and 18. Look long term. Do it for your people.

Nate Abaurrea: Matt, it’s been great chatting with you and learning about the unique qualities of AC Brea. One last question: What do you love most about the game of soccer?

Matt Morse: I love people. I love culture. And I love to travel. Soccer at its truest core is about all of those things.

I remember playing AYSO as a little kid, and there were always people around. It was a weekend event. I would play my game and then stay at the fields all day. That’s a beautiful thing.

The game of soccer is about discovery, learning things about others and about yourself.

The game is about adventure. I had my first chance to go to mexico when I was 14. I played soccer all over that country, and it was all I could think about for most of the time I was there. I’ve been privileged to have traveled to over 30 countries, going back to my incredible cultural studies program in college, and with my current masters program.

The game is about diversity, and it’s incredible to see how diverse things are here in Southern California. With my involvement with So Cal Premier, I’m interacting with so many different cultures. Just this week, I got calls from a guy from Bulgaria and another from Ethiopia, guys bound for Southern California who are just trying to play soccer and keep their careers going. It’s amazing to be a part of something like that.

It’s great to be a part of the game at all levels. The kids. The parents. Competitive players. Recreational players. Seeing people develop as players and as people. I love everything about it.