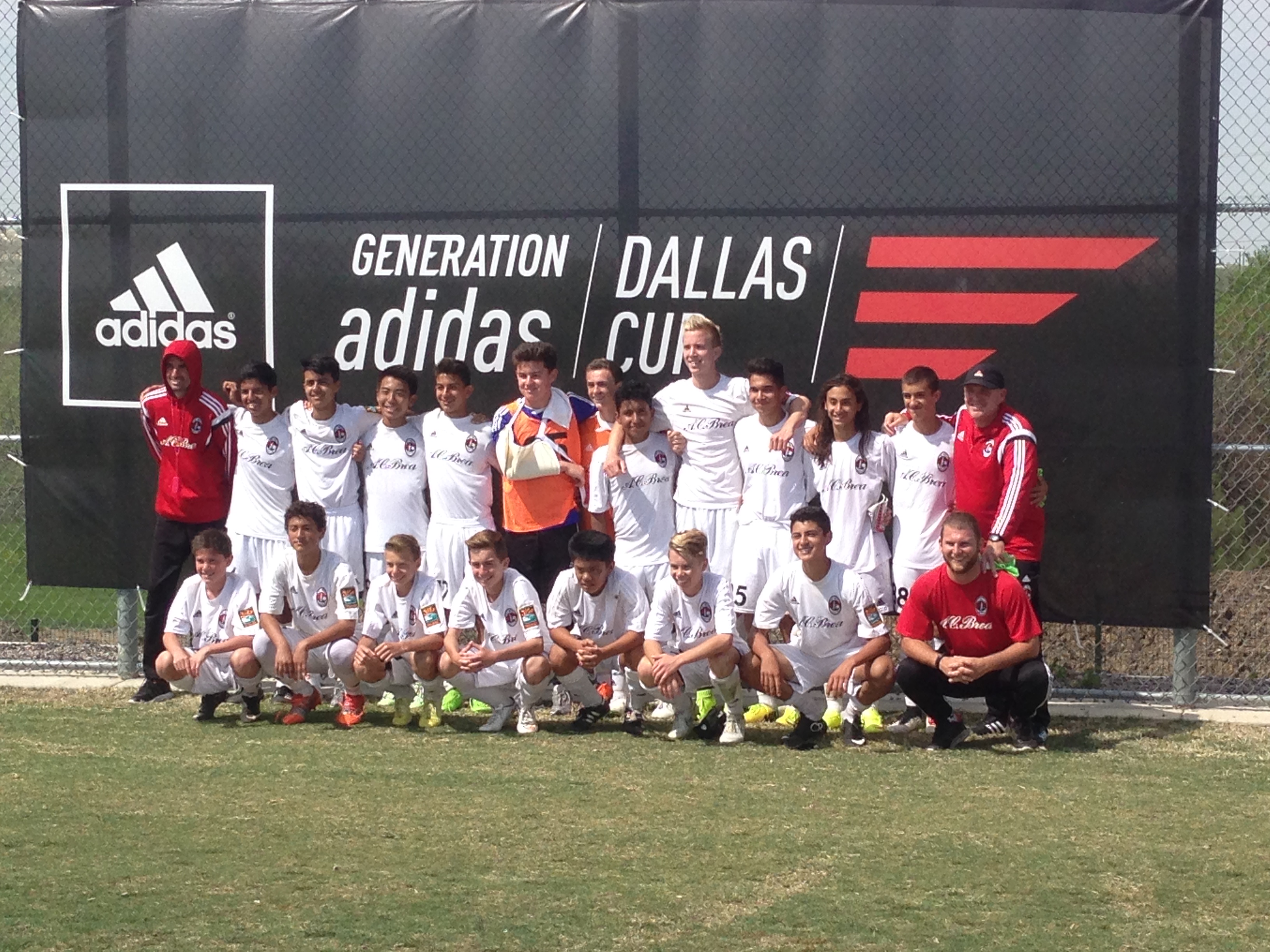 AC Brea B00 captured the 36th Annual Dr. Pepper Dallas Cup tournament Boys U14 Division (www.dallascup.com). This tournament is the largest internationally represented tournament in the United States, with there being 27 different countries represented. This was AC Brea’s first shot at Dallas Cup and the team didn’t disappoint and represented the club admirably. In pool play the team went 3-0, scoring 11 goals and surrendering none. The team opened up with a 2-0 win versus FC Dallas Premier, who is currently ranked #19 in the country, highlighted by a late goal by Paco Hanon. The 2nd pool play game matched the team against La Roca FC, who is ranked #5 in Utah. The team scored early and often, winning 5-0 highlighted by Ryan Candelario’s second free kick goal of the tourney. In the 3rd pool play game the team played Sporta Punto from Guatemala. After being 0-0 at halftime, Steven Arreola scored in the opening 30 seconds and added another goal later to lead the team to a 4-0 victory. The team captured the group and was primed for the playoffs.

The quarter-finals opened against Lonestar Academy, a very technically skilled pre-academy team. AC Brea built a 2-0 lead during the 2nd half; however, Lonestar gained a wind-aided goal and in the final minute of regulation tied it up at 2. Brea dominated OT but could not get the game winner and went on to PKs. In PKs the drama was increased. After making his second PK save, goalkeeper Sean O’Brien injured his shoulder and was out for the rest of the tournament. In entered 6’3″ Aaron Tebay who had never played goalie to face the pivotal 5th round of penalty kicks. Tebay’s size and intimidation forced the shooter off the post and saw Brea advance to the semi-finals.

In the semi-finals Brea faced the prior years’ finalist and #11 ranked team in the country, TSC Hurricanes from Oklahoma. With keeper O’Brien injured, in stepped Ryan Kay. Through regulation the game was 0-0 and the team was headed to its 2nd consecutive OT game. In the final minute of the first OT Aaron Tebay scored on a beautiful pass by Eric Torres. The drama was not over there as TSC went off the post in the final seconds that would have tied the game and sent the teams to PKs. 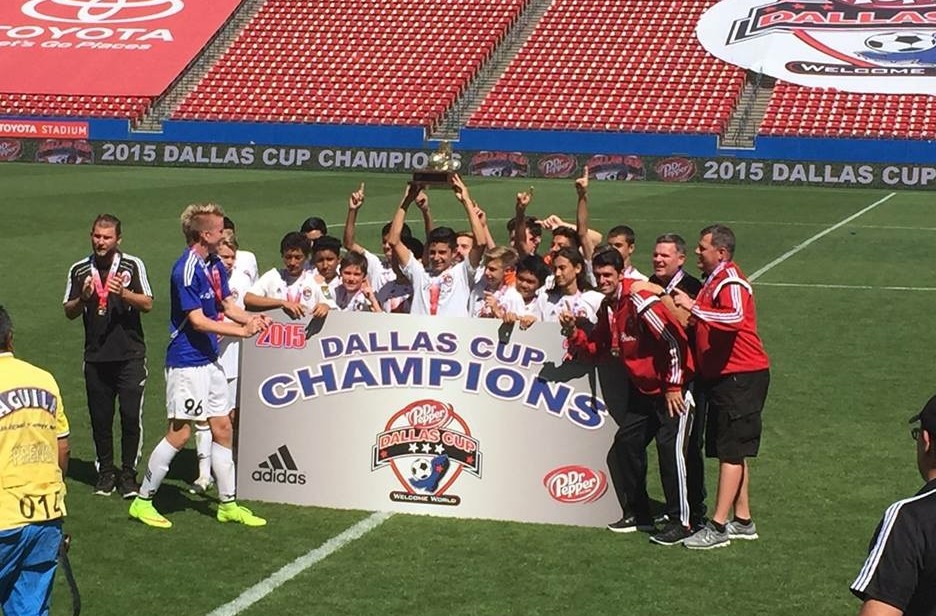 In the finals at Toyota Stadium, home of the MLS FC Dallas franchise, AC Brea would play hometown FC Dallas Pre-academy in a televised game on Time Warner. In the 13th minute Brea jumped out on top with a goal from team captain Tye Hernandez. FC Dallas countered with a goal in the 22nd minute. The game remained scoreless through regulation and sent AC Brea to its 3rd straight OT game. In OT Brea pressured but could not find the game winner and went to PKs again. In entered Aaron Tebay to replace Ryan Kay at keeper to face the PKs. In the 1st round Paco Hanon open with a goal and was countered by FC Dallas. In the 2nd round Eric Torres notched a goal and FC Dallas goes off the crossbar to give Brea a 2-1 lead. In the 3rd round Aaron Tebay blasts a goal and then saves an FC Dallas attempt to allow Brea to take a 3-1 lead. In the 4th round with a chance to win Brea misses; however, with a sufficient lead if Brea can stop FC Dallas they capture the crown. Aaron Tebay did just that and the celebration was on with the team capturing the legendary boot and ball trophy!