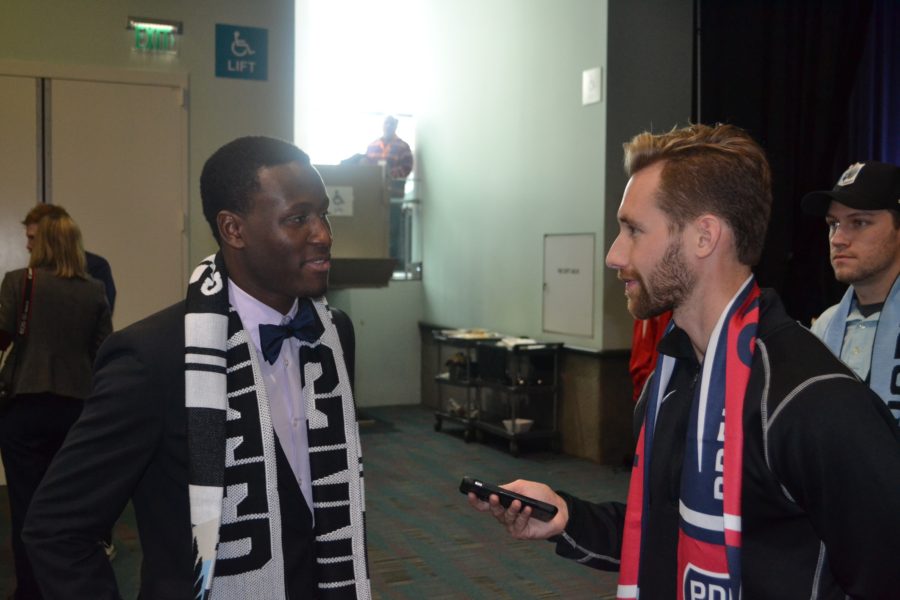 The 2017 MLS SuperDraft was a landmark event for the United Soccer League’s (USL) Premier Development League (PDL). Functioning as the amateur division of the USL’s professional league, the PDL has long been the offseason destination for elite collegiate soccer players to hone their skills while away from school for the summer.

SoccerNation spoke exclusively with Todd Eason, Director of the USL’s PDL to discuss the impact his league had on the MLS Draft, the role the PDL has in preparing players for their “Path2Pro” journey, and the void in Division 3 professional soccer following the United States Soccer Federation’s decision to award provisional Division 2 status to the USL.

First of all, why should soccer fans pay attention to PDL?
The PDL provides an opportunity for soccer fans across North America to see future professionals, stars and national team members develop as they establish a name for themselves. Just look at the men who have come through the PDL – DeAndre Yedlin, Matt Hedges, Jordan Morris, Keegan Rosenberry, Kekuta Manneh, Sacha Kljestan – they all developed in our league. Last year alone, more than 550 PDL alums were a part of the MLS and USL regular seasons, and the PDL will continue to help produce that level of talent year after year.

So many of the players in this draft have collegiate and PDL experience. Will that trend continue? Where does the responsibility for player development truly lie?
The 2017 MLS SuperDraft was one of the most successful in recent years for the league, with 73 percent of all selections having PDL experience. I see this number increasing because the league has a proven pedigree of high-level competition.

Responsibility is ideally on the player. U.S. Soccer has established many different platforms for players to get extra training, and it is up to the player to find ways to stay sharp and develop their craft. We see the PDL as a platform that provides elite, proactive players a more competitive environment to showcase their ability for MLS and USL clubs. Seeing a player compete in multiple competitions and various environments allows coaches to better evaluate players.

Can you give us a feel for where the PDL will be in the next 2-5 years?
In the coming years, you’re going to continue to see an improving level of professionalism and operation among the PDL teams, thanks to our already strong ownership groups who are committed to attracting the highest caliber of Under-23 players. In addition to the caliber of play, exposure is essential, and it was less than two years ago when we unveiled our Scouting Network. That unique element of our league will evolve and play a direct role in helping players reach their professional paths and highest potential.

I’m curious to know how the league anticipates reacting to the shifting balance of power in the professional realms, and also what the change in the NCAA college season means for PDL as well.
The USL attaining provisional Division 2 status is exciting for the PDL because it provides a higher professional league for our players to land. It brings attention to our USL- and MLS-affiliated clubs on a national level and creates more opportunities for the ‘Path to Pro’ concept to be applied through players, administrators and coaches. It also allows more resource sharing among all USL properties.

As for the NCAA’s efforts in potentially expanding the college season, we don’t see there being an effect on the PDL but we are aware of the potential changes and looking to stay proactive in ways that will allow us to work closer with NCAA. More opportunities to play will always benefit a player’s development, and conditioning them for a longer calendar of competition will only help prepare them for the longevity of a pro season.

Is there any aspiration for the PDL to push into the Division 3 void?
The PDL will always remain as an amateur league for talented college-aged players, but there are clubs within the league that have greater aspirations and resources to become pro. We spend a great amount of time grooming our clubs to operate more professionally each year, and there are many teams that have the capabilities to move to a professional level.

What would need to happen in order to accomplish that transition?
We have already started that transition on an individual club basis by identifying the high-performing PDL teams in pro markets, but as far as the league, it will remain an amateur league. We’ve helped groom many teams by pairing them with our USL club services department and assisted them with best practices in educational initiatives that will enable them to be considered for professional expansion.