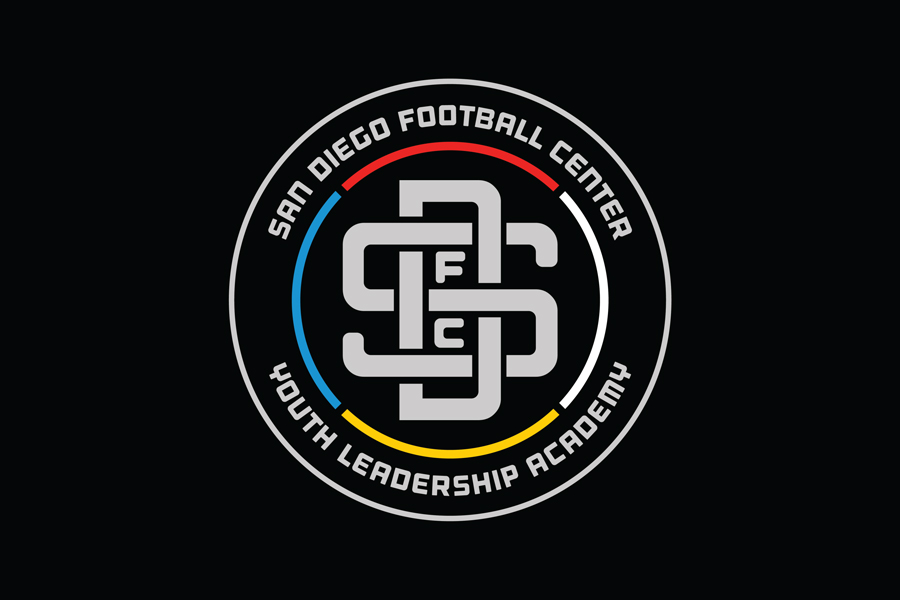 The San Diego FC Youth Leadership Academy works to prepare young soccer players for the road ahead, emphasizing the important life lessons that can be taken from the beautiful game. The organization aims to simultaneously help talented players push themselves to the point of dreams coming to fruition, i.e. making it as a professional footballer, while also focusing on giving all boys and girls involved with the program a sense of purpose by helping them prepare for the real world.

For the last three years, SDFC has sent groups of young people to various soccer locales around Europe, including Barcelona and London. These trips have been designed around the academy systems of clubs such as FC Barcelona, Dinamo Zagreb, Liverpool FC, and Fulham FC. A handful of players from the SDFC groups have been called back to continue their training trials with these clubs. The trips have proven to be a valuable tool for young players looking to make it the top levels of the game.

SoccerNation caught up with Shervin Erfani, the Co-Founder and Chairman of SDFC, helping us to learn a little more about this unique organization and what it’s all about.

SoccerNation: Shervin, before we get into the scouting and networking level of all this, tell us about the youth leadership aspect of SDFC.

Shervin Erfani (SDFC): First off, I love this game. I like to think of myself as a student of the game. As I learn more and more, I’ve been able to connect with people at the top levels of game. We do not want to reinvent the wheel. We want to learn from people tried and tested who know the game, people who share that love and passion.

In life, we have ups and downs much like we do in soccer. Therefore, the leadership lessons and overall life lessons that can be taken away from soccer are powerful. So many kids dream of playing professionally, but the reality is that on the European continent, one of the most commonly thought of soccer hotbeds in the world, just one out of every ten thousand kids will make it as a professional. And that’s lower division soccer most of the time.

Even for players that become pro’s, there’s not really much longevity. Often times, by someone’s late 20’s, their career is over. It’s the end of the road. Everything they’ve invested in for their whole life up to that point is gone. But at age 30, you’ve still got such a long way to go in life. So how do you get your life back on track, when you’ve spent all these years in soccer, and now you have no real work experience or qualifications outside of the game.

This is what it all comes back to with SDFC, taking the life lessons from soccer, helping to give those lessons to the young people who are going to make it as pro’s and giving it to those who aren’t going to go pro, but want continue to play the game and be around the game. It’s about applying a work ethic to everyday life, the same work ethic applied to soccer. It’s about applying that same passion for the game of soccer to one’s work, their family, and other important areas of life.

SoccerNation: Talk about the scouting and player development aspects of this organization.

Shervin Erfani (SDFC): I remember when the representatives from Fulham came to San Diego. They scouted my son and they wanted us to come to London. I was able to get another kid to come on the trip to train with Fulham, which was great. They were both midfielders at heart. When we got there, I remember some people asking me, “why are you bringing another midfielder, isn’t that direct competition for your son?” I said look, if that’s competition, he ain’t good enough. That’s his peer. That’s his friend. The entire world is their competition.

We videotape all of our sessions and share them with our advisors. The folks from these top clubs are then able to look at these videos and select players straight from them. They’ve already done it!

It’s important to note that these are not vacations for these kids. Nobody is interested in wasting time, or going to London or Liverpool, Barcelona or Eastern Europe, or even just down the road to Tijuana, Mexico with the Xolos (where we’ve sent groups recently) to have a friendly match or a vacation. We are providing these kids with an opportunity to elevate their games to the next level. Those kids who have the fire inside come back more pumped up. Those 1 in 10,000 type odds can be daunting. But it’s no different from getting into a really good school or getting that great job. Again, it all comes back to the life lessons and the work ethic instilled by the game of soccer.

SoccerNation: Tell us a little more about the structure of the SDFC Youth Leadership Academy.

Shervin Erfani (SDFC): I remember when we went to Liverpool and Barcelona, when I told people at those famous clubs about my vision. We are truly nonprofit. Our coaches get paid, but the rest of us are not making a dime. They loved it and wanted to get behind it.

At Barcelona, I was introduced to the great Andres Iniesta, who gave some advice on the curriculum that we have gone forward with. Iniesta, one of the great players of our time, spoke all about bringing in more and more of a youth leadership aspect to what we were doing and combining it with cultural experience.

We want to make soccer decisions. We do not want to find ourselves making business decisions. Plain and simple, we are not a business. We are not even a “club” by common American standards.

We never advertise. These trips are by invitation only. Either we’ve seen a player, they know us, or someone has contacted us about a player. Birds of the feather flock together, and its no different within our organization. We want good people with the motivation to better themselves and give back.

We almost always go to orphanages on these trips. We visit homeless shelters, pick fruit and walk around the towns and cities with the kids and have them give the fruit to homeless people on the streets and in these shelters. We want these kids to be altruistic, helping to create an army of do-gooders, helping to build strong people. And in turn, I know we will help kids become professional footballers, and be well equipped for life after the game.

SoccerNation: Shervin, thank you for chatting with us. How can folks that are interested in SDFC Youth Leadership Academy learn more about the organization?

If someone contacts us, we will chat and ask questions for a while. After that, we invite the player to a free tryout on a Friday. We want to see their habits, who they are, what they are, how they tick, and what their motivation is. We have boys and girls of many different walks of life, and I look forward to continuing on this path.

We also have two camps coming up in late June and early July that we’re excited about.