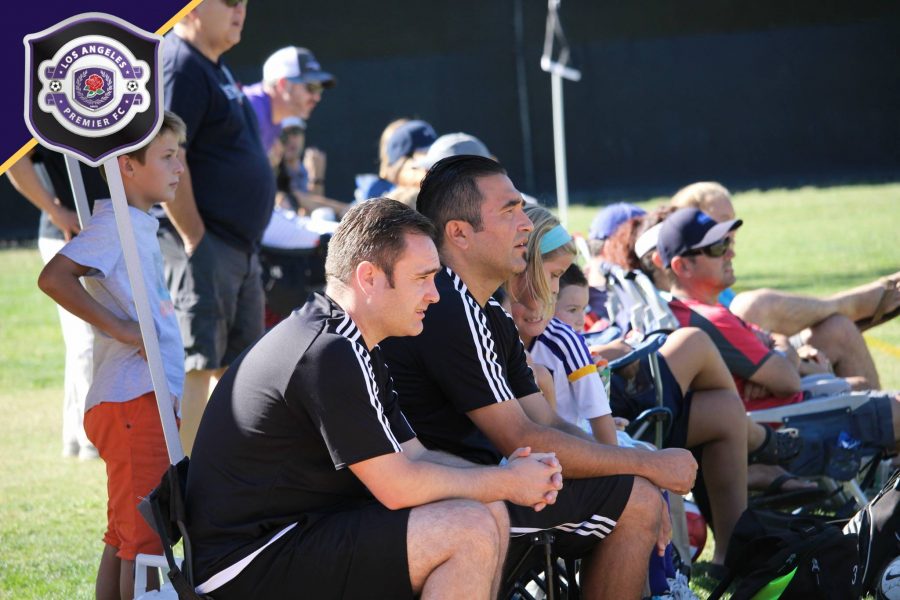 With involvement in U.S. Soccer’s Development Academy, a team in the WPSL, and even a volleyball team on the side, the club is one of the more intriguing institutions in southern California’s soccer scene.

In an exclusive interview with Barry Ritson — LA Premier’s Executive Director — Soccer Nation’s Cesar Hernandez got a chance to ask the director about LA Premier, his thoughts on local youth soccer, and also a bit on Ritson’s own personal history with the sport.

SN: How did you first get into the beautiful game?

BR: My interest in the game back home in England was born out of watching my father play. From a small town in the North East, my father was influential in the local soccer scene and I tagged along everywhere when I was young. It was from there I fell in love with the sport and was lucky to have a support system that gave me the opportunities in the game when I was a kid.

SN: I see that you have spent some time playing professionally in England, tell us about your experience.

BR: I was fortunate to play at a good standard in the UK, but not quite good enough to make a living out of it long-term. I was able to secure a scholarship in the states that helped me continue in the game at a decent level and not have to enter the 9-5 day to day work-life back home.

SN: When did you make the transition from player to coach?

BR: After playing in college I knew I wanted to stay in the game, and more importantly, create a future for me in the U.S.

Coaching was the natural progression for me and allowed me to pass on the knowledge that I had gained. First from my father, and then through the coaches I played for, onto the young players that played for me.

SN: Tell us about LA Premier FC and how you became associated with the club.

BR: I have been at this club for over 14 years. I came on board with 2 bronze teams with the SGV Flyers. We then merged and became LAFC, with a few affiliations along the way, before re-branding and assuming the LA Premier FC name. So I started as a novice coach and have risen to the level of Executive Director.

SN: Interesting to note that your organization also has a volleyball club. What inspired the decision to also incorporate a volleyball team? Any other current sports for LA Premier or sports you are hoping to bring in?

BR: The volleyball side of our club started as a project for a course I was doing through the NSCAA, the Advanced DOC Course. We were tasked with developing a new program, or revising a current program within your club, and trying to impact change. I wanted to broaden our community outreach, involve more of our youth and creating a multi-sport approach was unique in our state.

We are looking at other sports and want to continue to offer the kids in our area various ways to be a part of LA Premier.

SN: Exciting to hear that you are now officially a U.S. Soccer development club for girls. What changes have been implemented to reflect this new status?

BR: We are excited at the opportunity to be a part of the inaugural season of the Girls DA. With it being a new program to us we are working extremely hard to make sure the program is as robust as possible.

We have fantastic partners in Adidas and CATZ with the Athletic Gaines Sports Performance department and they have both committed to aiding our program in many different ways, all for the benefit of the athlete. We believe the program at LA Premier for the Girls Academy will rival those in our state and beyond.

Some of the plans we have are very exciting and are truly groundbreaking in athlete health and performance, including a full sports science and medical department dedicated to keep our athletes on the field and maximizing their physical potential. Technology will be a staple of the day-to-day planning for our players and our staff are some of the best in southern California with more coming on board over the next few weeks and months.

We will be ready!

SN: I have also seen that LA Premier has a WPSL team. When did you first join the league? Any noteworthy highlights from the recent season?

BR: We have been in WPSL for over eight years. I am the commissioner for our conference and believe it’s a crucial piece of our programming as players head into Zone 3 of their development.

Highlights for me include starting six youth team players versus national champions Beach and watching our youth players such as Alyssa Hinojosa and Oreoluwa Aderibigbe, to name a few, go up against some of the top players in the country including Kayla Mills, Katie Johnson, and Miranda Freeman.

SN: Does LAFC’s incoming presence impact your club at all? If so, how?

BR: The talent pool within southern California is diverse and deep. By having professional organizations such as LAFC and LA Galaxy investing in the girls’ side of the game can only be a good thing.

In terms of competition, we are comfortable with where we are. We will put a great program together and make it as cost-effective as possible for our players, covering the cost for many of those that need the additional financial aid. We are blessed to have an even playing field to showcase the ability of our players, staff and organization and relish the challenge to develop players to the national team level.

SN: What are your thoughts on the current state of youth soccer in southern California?

BR: First and foremost the talent in terms of players and coaches is as deep as anywhere in the country. The issue we have is that we are fragmented. With multiple leagues it isn’t always possible to put the best kids on the field to compete and learn from each other.

I believe that if the top soccer minds in the country can work towards a common goal then that’s ultimately a great thing for this country, and I know southern California can be the catalyst for that. I am looking forward to seeing how programs such as the Girls DA is implemented club-to-club, and hope the player development priority remains, regardless of opponent or competition.

BR: Collaboration and accessibility to coach education at all levels of the game is critical. Being able to share ideas with your peers is a lost art in this game here in this country. Very few people are comfortable sharing their content and experiences. I am a believer of sharing of ideas, coaching documents, curriculums, promoting discussions to make sure that the game continues to evolve.

I have seen the changes within the US Soccer Coaching Education department. I trust that the leaders have the educational background to improve the coach education in this country but my reservation is the difficulty of being able to afford that education and being able to cement places on these courses at all levels, grassroots to the Pro license.

Lastly, I believe we need to embrace technology. Around the world it’s becoming the norm to have technology aid sessions, recovery, analyze games and even create structures for staff communication. Even at the youth level, change is needed to keep players healthy and to optimize their development.