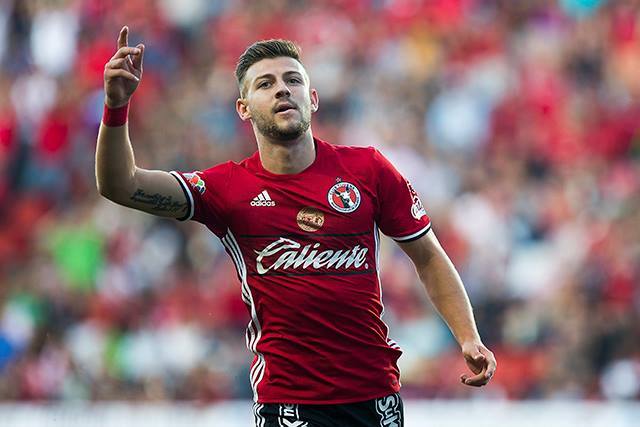 If you missed part 1 of Nate Abaurrea’s conversation with Club Tijuana and United States winger Paul Arriola, you can find it here.

If you’re ready for more, here’s part 2, with Arriola discussing what it’s like playing for two of the most recognizable managers in North America in Miguel Herrera and Jurgen Klinsmann, his favorite spots to eat ramen in San Diego, and his go-to courses to work on his golf game.

Abaurrea: “You play for two of the most unique people in this region’s managerial landscape. What’s it like playing for Miguel Herrera and Jurgen Klinsmann?”

Arriola: “They’re definitely very different. Piojo (Herrera) can be a little tougher, but you have to understand why. Being a club manager is completely different, seeing your players every single day as opposed to maybe seeing them once a month or every other month depending on FIFA dates and all that. You’ve got to be tough to succeed.

The one thing I can really talk about with Jurgen is that he’s an excellent coach. I’ve had such a great time with the national team, and I feel confident playing there. You mess up, he’s right there clapping you on. He’s not yelling at you, he’s not putting you down, or trying to make you feel like you’re not a national team player, because you are. Some players work real well with that type of coaching. Some players work a little better with the coaches that will maybe put you down a little bit and try to wake you up. I feel like I’m that kind of guy that just excels when I know a coach has confidence in me, a coach that’s constantly supporting me, those kind of situations where if you make a mistake, they say ‘keep going, we want you to play free’. That’s exactly how Jurgen is with me, and I think that’s a major part of why I’ve had success with the national team overall and in my first two games.”

Abaurrea: “Paul, you’re a Chula Vista native, a local boy through and through. Despite the fact that the club is in Mexico, you’re playing for what you often call your hometown team in Xolos. We’ve heard what that aspect of suiting up for Club Tijuana means to you, as well as the fact that you get to live in San Diego. I’m sure after the last month or so, it was especially nice for you to get home this week, and have a substantial chunk of time in the area coming up. I have to ask you, apart from spending time with family, what are the first few things you do when you get back to San Diego?”

Arriola: “Well, I do have a girlfriend here in San Diego, as well as a lot of great friends in San Diego and Tijuana. I’m from here and I love it here, and this week it definitely felt good to truly be home. And when you travel so long and so constantly, when you finally do get some time off or get done with practice, sometimes the best thing to do is just go home. But lately, I’ve actually been picking up on my golf game. When I was actually real young, I started playing golf. I played for a while growing up. It wasn’t until recently though that one of my good buddies got into golf, and he’s been pushing me quite a bit to get back into it.

I’m also all about ramen. I love to go eat ramen in San Diego. So ramen and golf I’d say are my two big go-to activities.”

Abaurrea: “So what’s your go-to spot for ramen in San Diego? I’ve heard through the grapevine you’re a big fan of Underbelly in North Park.”

Arriola: “Underbelly was my spot. I did really like Underbelly, but I’ve kind of stepped my game up a bit, ramen wise.”

Abaurrea: “Where has the game stepped up to, ramen wise?”

Arriola: “Well there’s a place called Tajima. You heard of it?”

Abaurrea: “It’s actually one of my favorite restaurants in San Diego.”

Arriola: “I go to the one on Convoy. I know there’s a few in town. It’s amazing, man. I’m thinking about just going now as soon as we’re done with this interview.”

Abaurrea: “Should we just end this and go get ramen?” 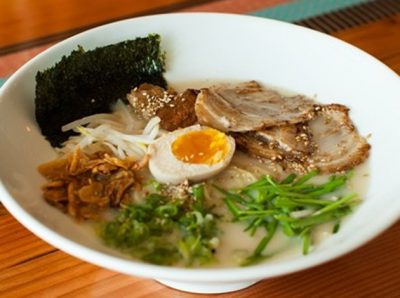 Is Tajima home to the best ramen in San Diego?

Abaurrea: “What about your favorite golf courses in the area?”

Arriola: “I like to stay pretty local when it comes to the golfing. I like Eastlake. Bonita’s pretty nice for me. But like I said, I usually keep it very local with the golf game. Recently, I played a couple times at that par 3, Tecolote. It was cool.

Now if you’re from Chula Vista or the South Bay area, pretty much the cheapest golf course to go to, the one you go to real quick at the last minute with your buddies, it’s National City. And man, no offense, but I’m just tired of National City. Just too many times growing up. National City’s just not the place anymore. So I try to do Eastlake and Bonita. I’m also liking Salt Creek. Those are my go-to spots.” 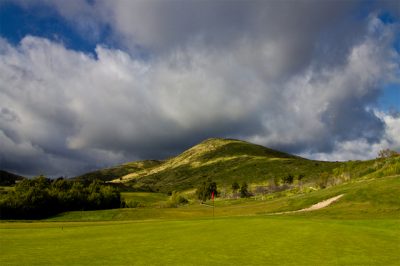 The 12th hole at Salt Creek in Chula Vista, beneath beautiful Mt. Miguel

What’s next for Arriola, Xolos, and the USMNT?

Club Tijuana currently sit in second place in the Liga MX table on 21 points, just one behind undefeated league leaders Tigres, the Nuevo Leon side who will visit Estadio Caliente for the regular-season home finale on November 4th. The next match for Xolos is away to Santos Laguna on Sunday, September 25th. Santos have had a miserable campaign, just one place off the bottom in 17th place. The next match at home for Xolos is against Atlas, another struggling side, currently in 14th place in the league. Barring injuries, Arriola will likely feature off the bench for Miguel Herrera against Santos and Atlas, the same way the speedy winger has for the entirety of the league season thus far.

The United States Men’s National Team will play two friendlies in early October. The squad will be named sometime around October 1st. The Xolos v. Atlas match takes place in Tijuana on Friday, September 30th. The U.S. play against Cuba in Havana on October 7th, before taking on New Zealand at RFK Stadium in Washington D.C. on October 11th. The Hexagonal round of World Cup Qualifying is already looming for Jurgen Klinsmann and his staff, as the U.S. are set to square off with Mexico in Columbus on November 11th before traveling to San Jose, Costa Rica to battle the Ticos on November 15th, where the Yanks have never won a match. The October camp will surely be a major opportunity for players such as Arriola to clinch a spot on the roster for the November showdowns with the CONCACAF elite.