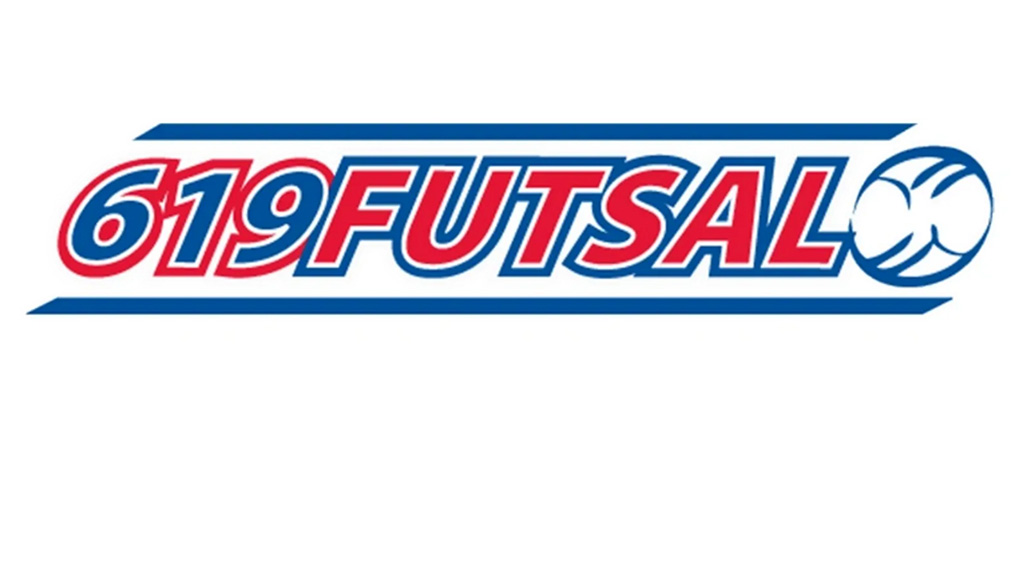 Some point the finger at “pay to play.” Others claim the Development Academy has failed to produce large numbers of globally competitive players. Top-down leadership change may be needed at US Soccer. Whatever the reasons, US Soccer is still nowhere near a world soccer power on the men’s side.

American soccer: Futsal can be a part of a solution.

While the pundits and US Soccer big-wigs debate possible solutions, Sean Bowers is doing his best to create positive change in the soccer world. Sean is the Academy Director for 619 Futsal. He is convinced, with good reason, that Futsal can and should be a big part of the American soccer landscape.

I sat down with Sean to talk about all things Futsal, including 619 Futsal’s upcoming Winter League here in San Diego.

An interview with Sean Bowers

SN: Thanks for talking with me, Sean. Can you give a quick description of Futsal for families who don’t really know what it is?
SB: Sure sure. It’s [showing air quotes]”indoor soccer” kinda, but not really. There are no walls. It’s played on a hard surface, like a basketball court. The balls are a little heavier and smaller and don’t bounce as much as a normal soccer ball. And the goals are smaller. It is very fast-paced, that’s for sure.

Futsal skills on the outdoor field

“At an outdoor game, a c-back may touch the ball twice during a game, and once is with your head.”

SN: I can see that. A center-back, for example may only touch the ball a few times in an outdoor game.
SB: Exactly. At an outdoor game, a c-back may touch the ball twice during a game, and once is with your head. At futsal, everyone gets tons of touches every game. And the positioning, putting yourself in right spots when you DON’T have the ball is so important. Most of what you do at any game, futsal or outdoor, is WITHOUT the ball. Futsal teaches you how to move and think quickly so you are in the right spots.

“When you play futsal, you can’t help but improve your soccer IQ.”

SN: Professional athletes talk about the game “slowing down” for them when they really get “in the zone” at a high level. I can see how Futsal’s quick thinking would help.
SB: Yup. That’s right. When you play futsal, you can’t help but improve your soccer IQ. You can see the game before it happens. It’s so fast.

So how can parents get their kids into Futsal?

SN: Seems like Futsal can be super fun and so helpful for soccer players. How do parents get their kids involved? Is it though their clubs? Can individual kids join your 619 Futsal?
SB: Sure. Here’s the breakdown. 619 Futsal is two different entities. We have the 619 Academy, and we have leagues in Winter and Spring. We started in 2011 with leagues. You sign your team up, and you come play games.

SN: Are league signups happening now?
SB: Yes, we are taking signups for our Winter league now. All the club soccer kids are in their Fall outdoor leagues now. There’s no time for yet another league. But once those outdoor leagues are done, our Futsal leagues will start up. Teams can sign up with an early-bird discount if they sign up by the end of September on our website. Can you post that link for people?
YOU GOT IT. SIGN UP HERE.

SN: How many kids are on a team, and is it co-ed?
SB: There are boys leagues & girls leagues, not co-ed. Teams are six to nine players. For the most part, it’s usually club teams. But we have had groups of friends across multiple clubs sign up as a team together. That’s always fun, too. The games will start November 17th and run through February.

SN: It does sound fun. What’s the 619 Futsal Academy?
SB: We started the Academy last year, and now we have over 140 kids. We are the biggest Futsal academy in California by far. It’s a way for players to get Futsal training and games as a supplement to their normal club soccer training.

“The academy is a ten month program, September through June. “

SN: Can you describe that a bit more? So it’s not just games like the leagues?
SB: Right. We had tryouts for the Academy back in July and August. Players came to tryouts, and the kids that were selected for the Academy were placed onto the team for their age group. The academy is a ten month program, September through June.

SN: How often do the kids come to Futsal during those months?
SB: Academy training is once a week, on Fridays. The teams play in Futsal tournaments around the region, plus they play in our Winter and Spring leagues. There’s a big regional in December here in San Diego. We’re really excited about that one.

How much does it cost?

SN: How much does this cost for a kid that makes an Academy team?
SB: For any age, U10 through U19, it’s $125 a month. That includes three tournaments, the weekly training, and the winter and spring leagues. The kids’ uniforms are also extremely discounted through Soccerloco. They’ve really helped keep costs down for these kids.

“Our coaching staff is second to none.”

SN: Burnout is a real problem, I’m sure you’ll agree.
SB: Absolutely. We’ve had players decide not to play Futsal because of burnout. Every family has to decide how much training is best for the player.

SN: The DA requires a lot of training every week.
SB: Yup. Four days a week, then weekend games. That’s a lot. Even non-DA clubs are having their teams train three to four times a week. Adding in a day of Futsal is a lot, I get that.

“I’m a huge believer that Futsal should be part of any club’s curriculum.”

SB: I’m a huge believer that Futsal should be part of any club’s curriculum. It should be a part of soccer training, not extra on top of what they’re doing. Burnout is a very big deal, especially with the DA.
SN: You have a master’s degree in Exercise Science. Burnout is mental, but also physical, isn’t it?
SB: Definitely. Taking off my Futsal hat and putting on my kinesiology hat, these kids aren’t resting and recovering their bodies enough.

“All of the Futsal experts hope that club directors are well-educated enough to institute Futsal into their curriculums. Futsal could help US Soccer so much.”

SN: How does burnout affect your Futsal program?
SB: It’s unquestionably affecting us at Futsal. All of the Futsal experts hope that club directors are well-educated enough to institute Futsal into their curriculums. Futsal could help US Soccer so much.

“All the successful countries have Futsal youth programs.”

SN: I think I know the answer to this, but do other countries have Futsal built into their youth soccer, “football,” systems?
SB: Yup. All the successful countries have Futsal youth programs. We have nothing like that. US Soccer tried, kinda, to do it with the Academy. But there aren’t enough coaches that understand Futsal and know how to coach it. A huge missing piece of the US Soccer puzzle is Futsal.

“Futsal should be built into US Soccer. Until that happens, we are here.”

SB: Here, Futsal is outside the club curriculum. Futsal should be built into US Soccer. Until that happens, we are here. This could be a huge turning point for the senior national teams, the men especially, if we get Futsal into the youth systems. It’s obvious we are behind the rest of the world, and instituting Futsal into youth club systems will make a huge difference, I have no doubt.

SN: What would you tell a mom whose son or daughter just can’t mentally or physically handle adding Futsal to the calendar?
SB: I do talk to those moms. I tell them totally understand, and I tell her to talk to her club coaches and directors. Tell them they need Futsal as a part of their normal training schedule. If we get enough parents asking for it, clubs will have to join the revolution. We always say “Join the Futsal Revolution.”

SB: We need changes at US Soccer. I won’t claim to know exactly what changes need to happen so that America can be a world power on the men’s and women’s sides. But I do know that adding Futsal is one change that will make a major shift in the right direction if we start it young. There’s nobody in the leadership of US Soccer who really believes in Futsal, and that is frustrating. Until then, and after, I’ll be here.

Thanks so much, Sean for taking the time to talk. Everyone at SoccerNation and Soccerloco really appreciates all you do.