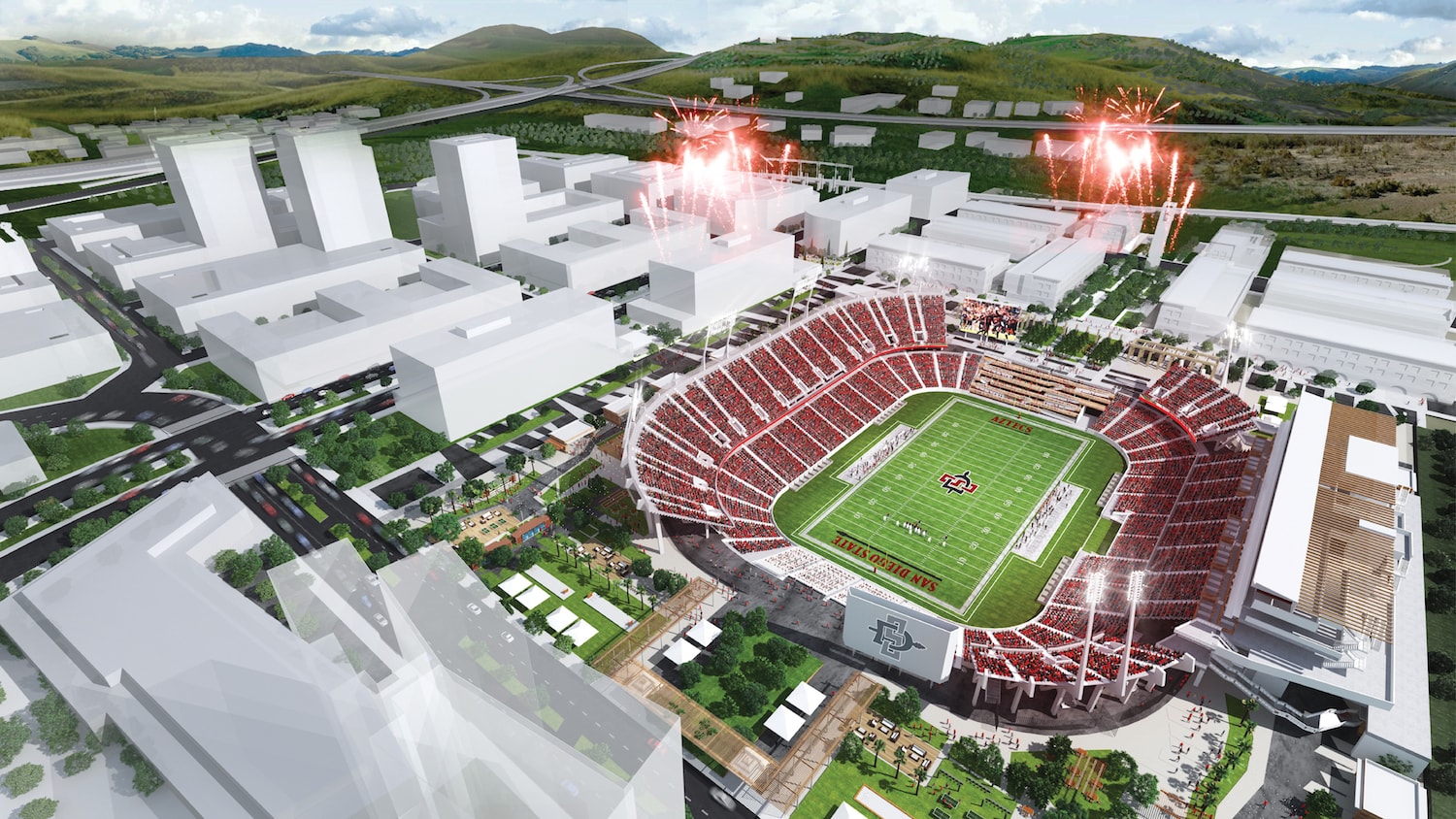 SDSU West – What You Need to Know About Measure G

SDSU West is a plan that proposes to build a new multi-use stadium to anchor a wave of new development on the current SDCCU stadium site that includes housing units, hotels, some retail and a River Park in the heart of San Diego’s Mission Valley. In order for the plan itself to be realized, registered voters in the city of San Diego will need to vote yes on Measure G at the polls during the upcoming midterm election. With that election fast approaching on November 6th, we are looking in depth at the two proposals aiming to redevelop the former home of the San Diego Chargers.

In the last year since this process began, there has been a lot of talk about proposals and plans but the SDCCU stadium site boils down to a few key issues. Those issues revolve around financing the overall construction at the site, along with the stadium and additional amenities, building and maintaining a proposed River Park, mitigating additional traffic caused by the new development, and the potential for San Diego State University to expand on that site.

“Measure G says they will cause the park to be built so they (the University) have an obligation to do it. Where they get the money from state park grants or state campus funds will be in their discretion to figure out where that money is going to come from. It’s clear in the initiative that the city’s general fund will not pay for it. If there are other funds that happen from negotiations for state grants, procreations from the state legislature, or campus revenues, then that’s up to the University to figure out how they’re going to pay for it. But they have a responsibility to build it. The Soccer City initiative as its structured now is reduced to $20 million if the park isn’t built by the end of this year which is a physical impossibility. They will require public funds.”

“(Should SDSU West win) The beginning of 2019 would be the negotiations for the acquisition of site. SDSU is already preparing the environmental documents for the project. The SDSU plan is to have the shovel in the ground for the new stadium in 2020 and to open up to play college football and hopefully professional soccer in 2022. The University would make the offer directly to FS Investors as a joint owner or tenant in the new stadium. That invitation is wide open. I think soccer fans are assured with Measure G of a new stadium right away. They don’t have that assurance with the Soccer City initiative because they don’t have a franchise. The stadium has to be built because by the terms of the initiative SDSU takes over the financial obligations for the operation of the site which involves a $6.5 million loss each year. So SDSU has a major financial incentive to get the stadium built by 2022. That does not exist in the Measure E initiative.”

“We know that there are other parties interested in going after an MLS franchise. If the Soccer City guys gave up their rights, I’m confident there are other groups that would like to come in. We’ve had discussions with the Xolos to play games in the new stadium and vice versa. SDSU might be going down to Tijuana to play an exhibition game or two. The University is incredibly interested in having professional soccer as a tenant and we are confident there are other ownership groups that would step in and acquire an MLS team. We know the MLS wants to come to San Diego.” 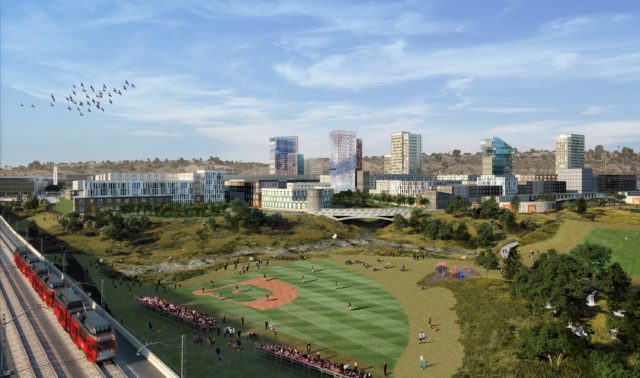 “The initiative (Measure G) convinced the University to build a large River Park and community parks for the community. In fact 52% of the sight plan is dedicated to parks and open space.”

*Note from SoccerNation – see above comments on finance regarding the Riverpark and Measure G’s commitment to building it.

“SDSU will prepare an environmental document which analyzes traffic impacts and that SDSU will pay its fair share of all traffic mitigation/improvements that are necessary.”

“SDSU University needs to expand. They are landlocked and need additional space to expand and accommodate 15,000 additional students. Measure G is the measure that guarantees a new stadium will be built because we already have a football team in hand. The stadium is going to be designed so it is a joint use between soccer and football. The sight lines, the angles, and the amenities will all be soccer friendly. We are confident that a professional soccer team will want to play in that stadium. It’s being designed by Populus who have designed several joint use soccer and football stadiums. The University is committed to making sure this will be a soccer friendly stadium.”

The full audio of the conversation with Jack can be heard starting at exactly 20 minutes into the audio below. More information on Measure G and the SDSU West initiative can be found at https://sdsuwest.org/.