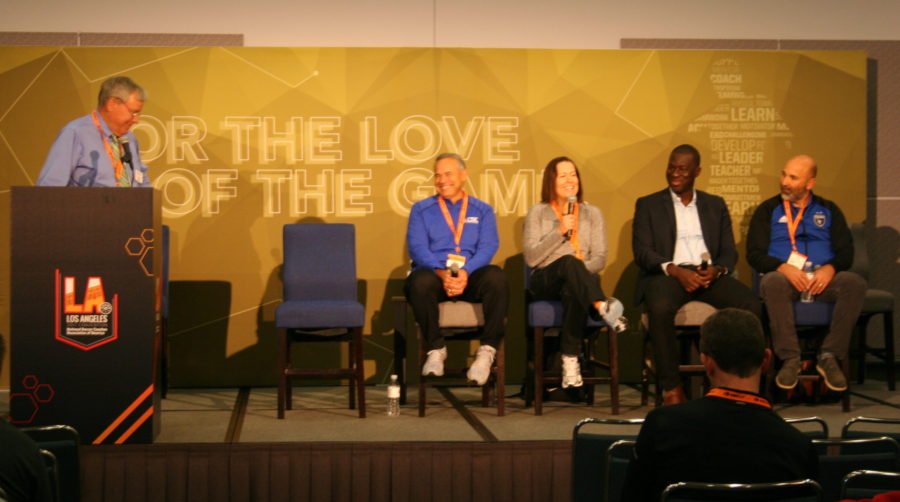 This is part 3 in our series. You can see Part 1, with the coaches’ introductions and bios here. Part 2, where the coaches discussed finding the right fit, can be seen here.

“Player development” has become the prominent buzz phrase in American soccer over the last decade. Since the inception of the US Soccer Development Academy and the ensuing recommendations from US Soccer to club coaches and directors, competitive clubs have been implementing strategies and coaching programs to foster as much “player development” as possible. Most of the coaching methods focus on individual progress over game results, with training sessions filled with top-level skills development.  However, according to top college coaches, Sasho Cirovski especially, one major piece is still missing: the “INDIVIDUAL” part of “individual player development.”

Coach Sasho explains, “Every minute of every day and every practice is scheduled down to the minute with drills and scrimmages, and athletes are never taught how to be in charge of their own athletic development. At the end of every Maryland soccer practice, I give the guys ‘self-development time’ on the field where they can set up their own drills. The freshmen are absolutely lost. They have no idea what to do because everything has always been planned for them. If a freshman can come into a soccer program with the ability to be in charge of his own development and improvement, that will help the player further along in athletics and in life.”

He described how it’s a pity that American youth players “have more soccer shoes than soccer balls.” If a player were to have a free hour to work on skills on his/her own, it wouldn’t be possible because he/she doesn’t have the necessary equipment to set up rigorous drills or training sessions.

Incoming college soccer players can give themselves a huge advantage if they comes into pre-season with the ability to “self-develop” and set up drills and training sessions on their own.  Club coaches of high school aged players would be wise to add self-development to their coaching plan, helping their players create drills and training methods they eventually run on their own and take with them to their college soccer programs.

Adding to the topic of pre-season, Jeremy Gunn of Stanford agreed with Coach Sasho that most young players are not fit enough for the college game. The college game is physical, and freshmen will be playing rough games against upperclassmen three and four years older.  This puts new college players at a disadvantage, and if they are not in top physical condition, they get injured quickly. Incoming college soccer players need to spend the Spring and Summer leading up to pre-season becoming the most fit that they have ever been, and then become even more fit after that. This has to happen on their own, without their coaches’ or parents’ assistance, to further encourage and foster self-development.

Stay tuned for more from this group of top college coaches in upcoming articles.