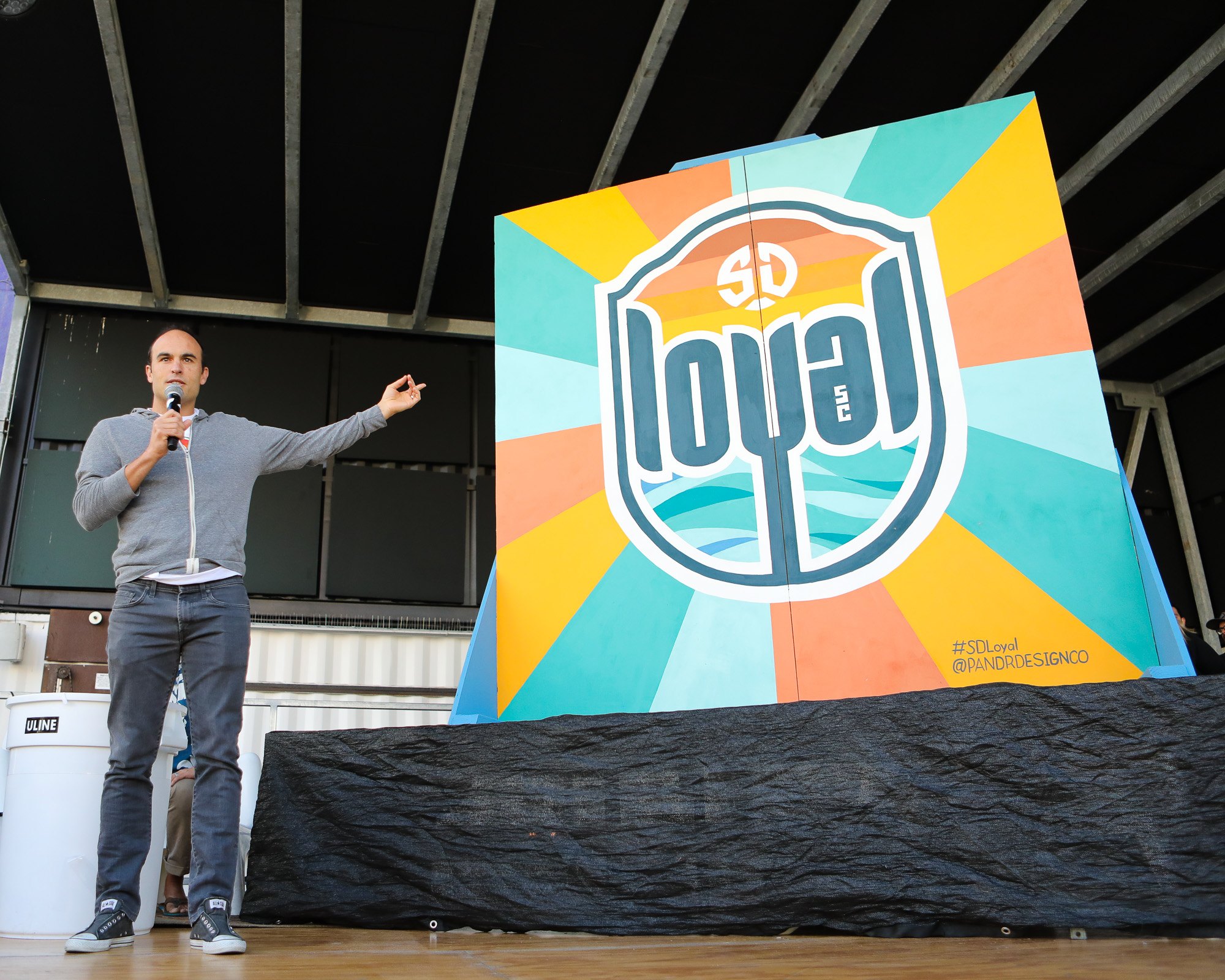 Were you there for the big announcement? Keep reading to re-live the big launch event. Did you miss the event? No worries. Read on, and you'

Were you there for the big announcement?

Did you miss the event?

No worries. Read on, and you’ll feel like you were there.

On the morning of November 2nd in downtown San Diego, the announcement was made to hundreds of San Diego soccer fans.

The club’s supporters group, The Locals, spent hours creating a Tifo for the big reveal:

Media set up their gear.

Landon Donovan passed the time kickin’ it with local ballers.

As the reveal was about to happen, LD spoke to the crowd about his love of and dedication to his new home town of San Diego.

The club’s video announcement took fans through the description of the new team and the name: San Diego LOYAL:

It may take a while for the name, colors and crest to grow on some folks, but the crowd was energetic and overwhelmingly supportive of the new name and crest.

The VP of Marketing took to the stage with the artist to explain the details of the crest and the thought that went into every aspect.

The supporters group leadership then took the stage and led the fans in some team chants.

Big thanks to USD

Smith made sure to point out USD’s contribution to San Diego Loyal. USD’s Athletic Director, Bill McGillis, was instrumental in bringing this USL Championship team to San Diego and USD’s Torero Stadium.

Fans of all ages enjoyed the morning and are eagerly awaiting March 2020.

Stay tuned to SoccerNation for all San Diego Loyal SD updates and announcements.

And get ready to shop for your SD Loyal swag at Soccerloco in the coming weeks. (Just in time for Christmas!)