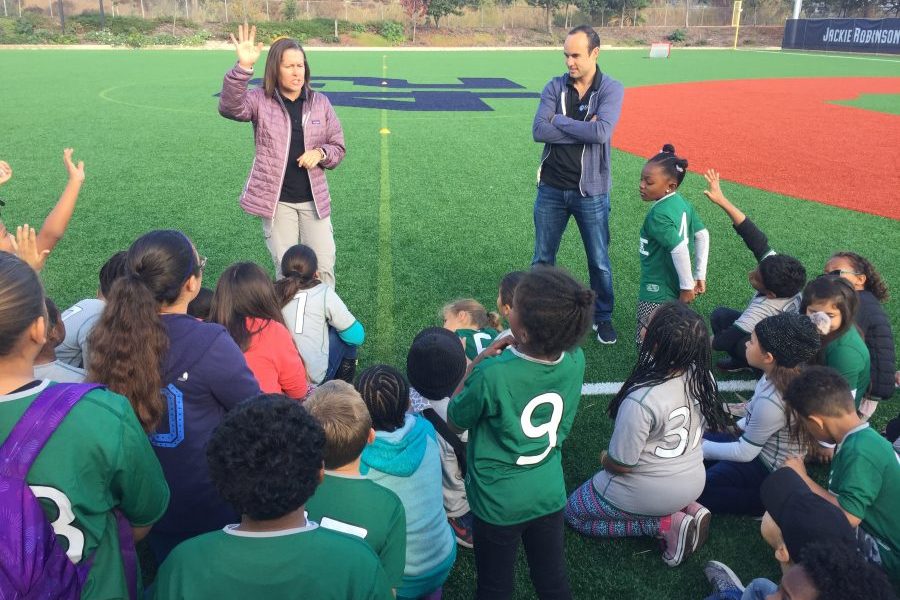 For a bunch of rich guys from La Jolla, the FS Investors group behind SoccerCity sure know how to have a good laugh.

When the proponents of the San Diego MLS Expansion bid opened up voting for a potential name in March of this year, no one expected the process to go viral, and no one could have conceived that the winning name would be Footy McFooty Face.

What was chalked up as a prank made by fans from Los Angeles, dovetailed beautifully into an April Fools Day video that raised more than a few eyebrows.

Fast forward some eight months and Footy McFooty Face lives on today. Some members of the San Diego soccer community took it upon themselves to kick off a food drive campaign in the name of Foody McFoody Face, and now FS Investors have stepped up to solidify their commitment to furthering the development of soccer in San Diego.

Despite not yet having an MLS club, the SoccerCity SD team has brought Footy to life with the Footy for All program in partnership with the YMCA of San Diego County. The partnership made sense for both parties due to the shared mission of the people behind SoccerCity and the core values of the YMCA. The Y brings people together, nurtures potential, a has a local presence with global potential, just like soccer does on a local, regional, national and international scale.

“We wanted to show San Diegans that we are invested in not only in the SoccerCity SD project, but that we care about helping young people get access to opportunities in sport,” said Landon Donovan. “There has been much talk about pay to play lately and ultimately this program helps jump-start young people into the sport that gave me so much during my career, which is something I care about deeply”

The Footy for All Campaign is geared towards excellence on and off the field. Footy will pick 500 players from online entries and cover registration fees for them to join a City of San Diego YMCA soccer program. Footy will also help to outfit players with basic equipment they need to play from local retailer soccerloco.

In addition to the on the field fun, the Footy For All program reflects SoccerCity’s belief that excellence starts in the classroom. The participants in the program will also receive a school backpack, along with basic school supplies and Footy will check in on them throughout the year and focus on their school attendance and grades.

“With the Footy for All program, we wanted to help provide lasting experiences with young players. This is not a one-time investment, we plan on creating relationships with the families and players, by being a guide on the side for their entry into the great sport of soccer,” said Shannon Mac Millan, an Escondido native and United States Women’s National Team World Cup and Olympic champion.

“Ultimately when we win the vote on November 6, 2018, and then have an MLS franchise awarded we will begin right away with our youth academy, but until then, Footy for All give us a way to connect with young people immediately, and helps to support their academic and athletic endeavors.”

Interested in how to sign up to participate in Footy for All? Anyone 6-12 years of age who lives in the City of San Diego can apply here.

If selected for Footy for All, the participants will receive:

As we turn the corner into a 2018 that is sure to be full of drama in the form of the Friends of SDSU, SoccerCity has proven that while you don’t always win in sports, you can always enjoy the process.

Newer Post
Guide to Making 2018 Your Best Year in Soccer
Older Post
The Xolos Podcast: Wrapping up 2017, transfer rumors and looking ahead to the new year