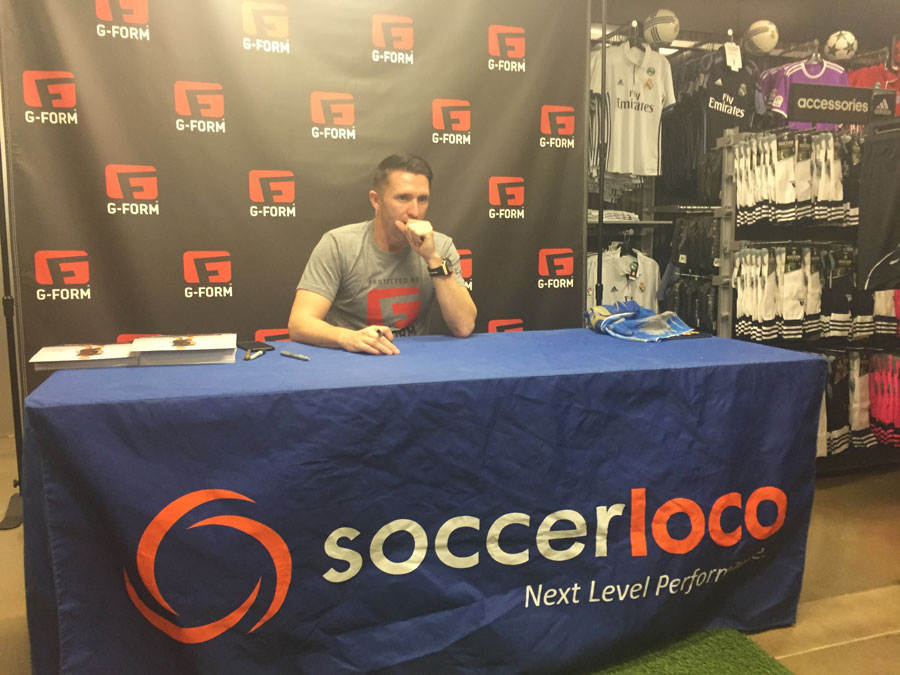 Republic of Ireland and legendary striker Robbie Keane has called Southern California home for much of the last six years. In the wake of the announcement that he will be leaving the Los Angeles Galaxy, having led the Major League Soccer team to three MLS Cup Championships in his five and a half years with the club, Keane stopped by the soccerloco store this past weekend for a meet and greet event with San Diego soccer fans.

The Galaxy maintain an affiliate youth club in the Carlsbad area, the creatively named LA Galaxy San Diego, but this event was organized by G-Form, a leader in impact protection apparel for athletes. G-Form Global Marketing Manager, and San Diego native Nick Surface was clearly enjoying his return to his old stomping grounds, and spent much of the event conversing with the eager fans patiently waiting in line to meet Keane.

Robbie Keane took a few minutes to discuss his thoughts on Major League Soccer, the implementation of the USL as a reserve system for MLS talent, and the rebuilding job ahead of the LA Galaxy in the wake of his own departure and those of Steven Gerrard and Bruce Arena. Keane also stated that while, “there has been interest from all around the world,” he has not yet decided on where he’ll play next. 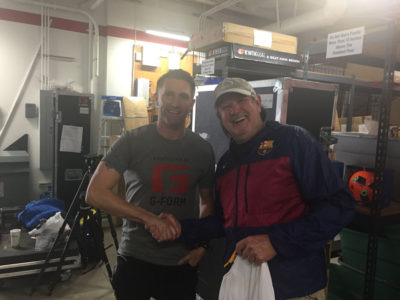