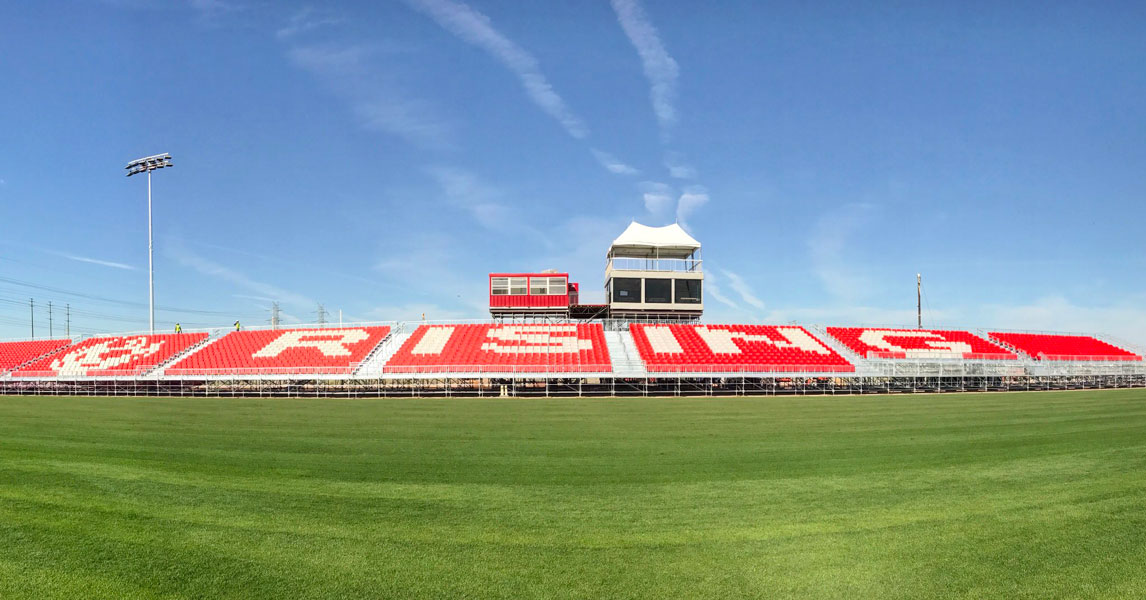 Newly re-branded Phoenix Rising FC kicks off its fourth season in the United Soccer League this Saturday night against Toronto FC II, in what will be an interesting match of firsts.

Rising FC will be inaugurating the Phoenix Rising Soccer Complex, a 6,200-seat “pop-up” venue in the Salt River Pima-Maricopa Indian Community, adjacent to the cities of Tempe and Scottsdale. Constructed in less than two months, the soccer-specific stadium is a shining example of the ownership group’s investment in the club’s long-term identity, not to mention its Major League Soccer aspirations.

The home side will face the Eastern Conference’s Toronto FC II for the first time in the clubs’ short histories. The meeting will be an odd exception to the USL’s preference for intra-conference regular season schedules.

As the reserve and feeder side for Major League Soccer’s Toronto FC, TFCII’s roster is constructed primarily around supporting its parent team. Fortunately for Phoenix, this often means that the Young Reds are outmatched in league play.

TFCII finished near the bottom of the Eastern Conference in both 2015 and 2016, and last year’s side claimed the East’s worst goal differential, minus-22. Raheem Edwards, the team’s 2016 co-leader with six goals, signed an MLS contract earlier this month, and has been in the lineup for each of Toronto FC’s three matches this season. TFCII will hope that his production can be replaced by second-year man Malik Johnson, or his fellow academy grad, 19-year-old phenom Luca Uccello.

For Rising FC, all eyes should be on Omar Bravo. The 37-year-old striker is a living legend, especially in Phoenix. Bravo scored 15 goals for the Mexican National Team, and a staggering 132 for Chivas of Guadalajara, two teams which command Arizona-based followings in the tens of thousands.

Bravo most recently played for Chivas in 2016, but he spent most of last year with NASL side Carolina Railhawks, where he scored four goals in 14 appearances. That production is nothing to sneeze at, but on a club in search of its first-ever playoff appearance, it should be the bare minimum for a player hoping to start at striker every week. Bravo’s star could fall rapidly should he fail to contribute to a winning start in Phoenix.

Phoenix can score goals from elsewhere, though. Head Coach Frank Yallop showed a willingness in 2016 to allow electrifying midfielder Luke Rooney the freedom of a true playmaker. Look for Rooney to attack the Young Reds in the middle of the park, where he is more than capable of hitting the final ball to one of his strikers, or simply choosing his own spot. Rooney bagged eight goals in 24 appearances last season.

A number of TFCII players traveled with the club’s top academy team – aptly named TFCIII – to compete in the Viareggio Cup, and just returned to North American early this week, so look for Head Coach Jason Bent to rotate a relatively fresh mix of players, particularly at the back, into the organization’s preferred 3-5-2 setup.

This could be a bonus for Phoenix, which boasts former Colorado Springs striker Mike Seth. The big 29-year-old tallied 12 goals for the Switchbacks over two seasons, several off of his head, or in other poaching opportunities.

The match kicks off at 7:30pm Saturday night, and has been declared a sellout by Phoenix Rising. All 32 Phoenix Rising matches in 2017 will be broadcast locally by YurView Arizona, or streamed for free at the Match Center on USLSoccer.com.