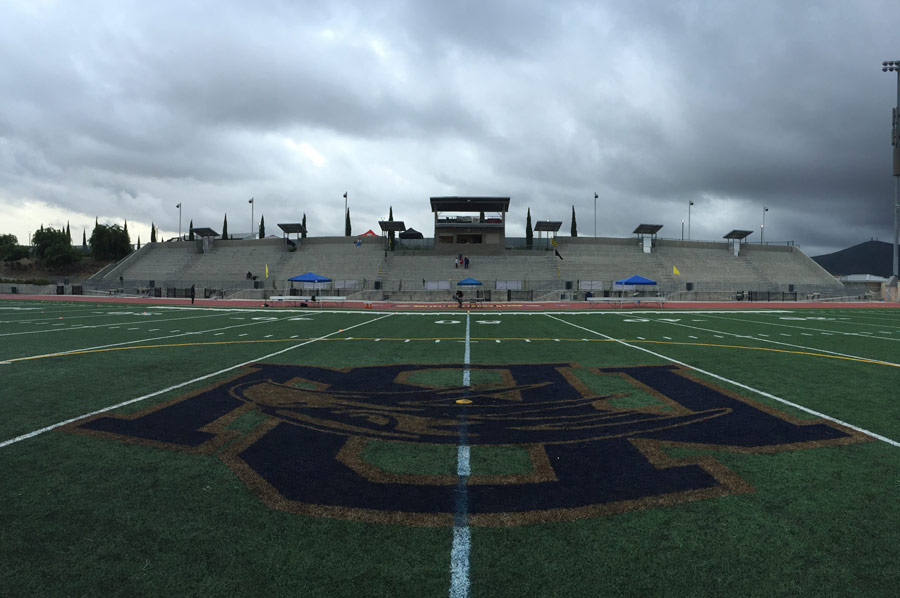 Do you remember the first time you hosted a party?

Maybe it was a small shindig for you and your closest friends. Maybe it was a festive bash that saw you open your doors to hundreds of strangers. Maybe it was a great opportunity to welcome important figures in your community and garner multifaceted investments into your future parties.

Perhaps it was a well-balanced blend of all three.

A party needs all the right components, especially when your guests are diverse in age, gender and cultural makeup.

First, you need a venue, a place that suits the size and structure of your event. It should be a place where your guests feel welcome and comfortable but also a place that feeds their sense of adventure.

You need refreshments. You need food, and it needs to be good food. You don’t want your guests to be hungry, but you also don’t want to serve them something sub-par.

You need decor. There must be color and an attention to aesthetic detail at your party, but it should not be overdone. It should be noticeable but not of the “in your face” variety. Your decor should be tasteful, while fanning the flames of curiosity.

You need music, preferably live music. Few things contribute to the energy of a party like the sounds of instruments, voices and musical heartbeats. A party with bad music is difficult to tolerate. A party with no music is merely a sad excuse for a get together.

Imagine putting all of these things in place in early April in San Diego, Calif. Imagine doing it well, combining forces with a few of your friends and associates to make it the best possible party within your mental, physical and financial means. You prepared like it was a pivotal exam to advance to the next class. You got a fantastic outdoor venue. You nailed the refreshments and food. Your decor was on point. And the music was going to be top notch.

Then, the unthinkable in a city that is internationally acclaimed for its gorgeous spring weather… a storm! And it hits literally the second you open your doors, on the night of your first party, into which you put these countless hours of hard work. This has got to be a joke.

Now your guests are going to flake out and make up some lame excuse as to why they’re not coming, simply because they don’t want to be cold and wet in the rain. The band might even bail on you! And quite frankly, how can you blame any of these people for lacking the desire to brave the elements? It’s not like you have some well-maintained reputation for throwing the finest fiestas in town. This is your first party!

This is what happened to North County Battalion this past Saturday, all except for that crucial last bit about everybody flaking at the last minute.

NC Battalion hosted its first party Saturday night, its inaugural home opener in the National Premier Soccer League against FC Hasental of Simi Valley. The club pulled out all the stops and helped create something that was truly special in its organic qualities.

It had Del Norte High School, an accommodating and modern venue on the north side of San Diego. It had BBQ tri-tip, pulled pork sandwiches, roasted corn, coleslaw and baked beans. It even had sweet Italian ice! It had expressions of color through large flags, banners and garments. And it even had an experienced, savvy and energetic drummer with a beautiful drum set, ready to beat along with the rhythms of soccer for 90 minutes, plus added time, with a chorus of devoted supporters behind him throughout the night.

The Del Norte gates opened at 6 p.m. It couldn’t have been 6:01 before the heavens broke open. There was a 50% chance of showers that evening, and the coin most definitely landed on the wet side. It absolutely poured for the next hour. Yet, as you looked at the entrance gates, you saw people filing in, one after another, boy after girl, man after woman, family after family. You saw team staff staying calm and setting up as many canopies and water-guarding structures as possible. Despite the driving rain, the good vibes of this party were not going to be dampened or washed away. Fans continued to descend into the unknown, intrigued by the prospects of this home opening party.

What occurred from 7-9 p.m. Saturday was the most important thing of all: The game itself. North County Battalion and FC Hasental played one of the most exciting, gritty and action-packed soccer matches that the city of San Diego has seen for some time. Those same adjectives could be used to describe the crowd at Del Norte, which begs the question: Which way was the energy feeding?

The answer is both ways. There was a symbiotic relationship that developed Saturday night. NC Battalion won 4-2, and a boisterous crowd danced, hugged and sang its collective heart out all night long. It is safe to say that Eric Lopez’s two goals, Brandon Zuniga’s header, Esteban Reyes’ pinpoint crossing and player-coach Ryan Guy’s early Goal of the Year candidate (a 35-yard thunderbolt that closed the scoring with 12 minutes remaining and has already become a viral sensation) did as much to energize the crowd as the songs, drum beats and thick wall of noise provided by the Battalion faithful did to energize the players on that rain-soaked field.

Soccer matches around the world are cultural gatherings, parties in the truest sense of the word. When you throw a good party, people want to come back for more. This upcoming Saturday, April 16th, NC Battalion is at it again. It will host Albion Pros in the highly anticipated first match-up between the two new San Diego professional outfits.

Fans of both teams will be in attendance, the unmistakable yellow and black of Battalion sure to be accented by the red and blue of Albion. There will be great food and tasty desserts. There will be songs, drum beats and banter aplenty, creating an atmosphere that is both relaxed and intense, a glorious oxymoron that only a fan of the beautiful game could ever understand. In addition to all of that, it probably won’t rain this time!

And if you’re into that whole “the game itself” thing, then consider this. Both North County Battalion and Albion are 2-0-0 in NPSL play, with Battalion holding an advantage in the standings through goals scored. The winner of this match will propel themselves atop the NPSL Southwest table and possess those highly sought after local bragging rights, at least until the two teams meet again in late May in Pacific Beach.

So whether you go to parties to feel the energy, make new friends, have a good time, or you just love soccer, you’ll be a fool if you pass up this invitation.

Saturday night. Gates open at 6. Kickoff at 7. See you at Del Norte.

Hailing from Watsonville, California, Nate Abaurrea is a writer and broadcaster specializing in coverage of the beautiful game on both sides of the USA-Mexico border. In addition to the #SNPod, Abaurrea's voice can be heard calling Liga MX matches in English for Club Tijuana, USL-PDL action with So Cal Surf, and the MASL with the San Diego Sockers. He also loves wine. And tacos.
Newer Post
U.S. Futsal Federation Appoint Platini Soaf as Director of Futsal
Older Post
San Diego SeaLions Prepping for 2016 WPSL Season