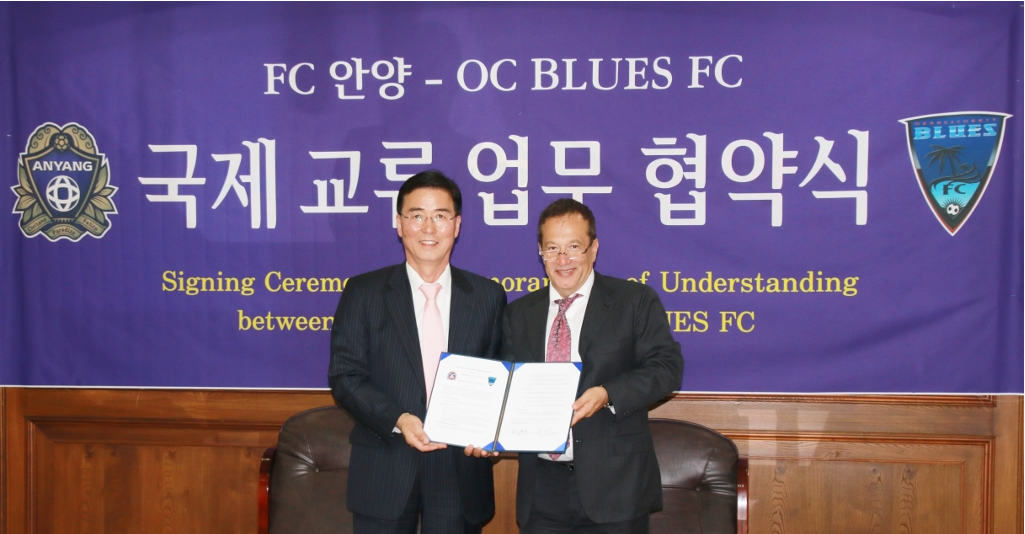 The Blues and FC Anyang, of the K-League Challenge in South Korea, will be utilizing each party’s expertise and fair guidance on football operations matters, and work together on player development. The latter aspect has already started, as Blues defensive midfielder Seth Moses was loaned to FC Anyang for the entire K-League Challenge season. FC Anyang is based in the city of Anyang, in the Gyeonggi Province, in South Korea.

Moses, from Baltimore, Md., made 23 appearances for OC during the 2014 season, and was in training camp this season until being loaned out back in February. The loan agreement ends on December 31st, 2015.

“I want to thank FC Anyang for their hospitality during my visit to their club facilities and their wonderful city, and I’m excited to establish this working partnership between our two clubs,” remarked Mansouri.

OC Blues FC next takes on LA Galaxy II at StubHub Center this Friday night, with kickoff set for 7:30 p.m. PT. The next home match is Saturday, June 27th vs Vancouver Whitecaps FC 2.