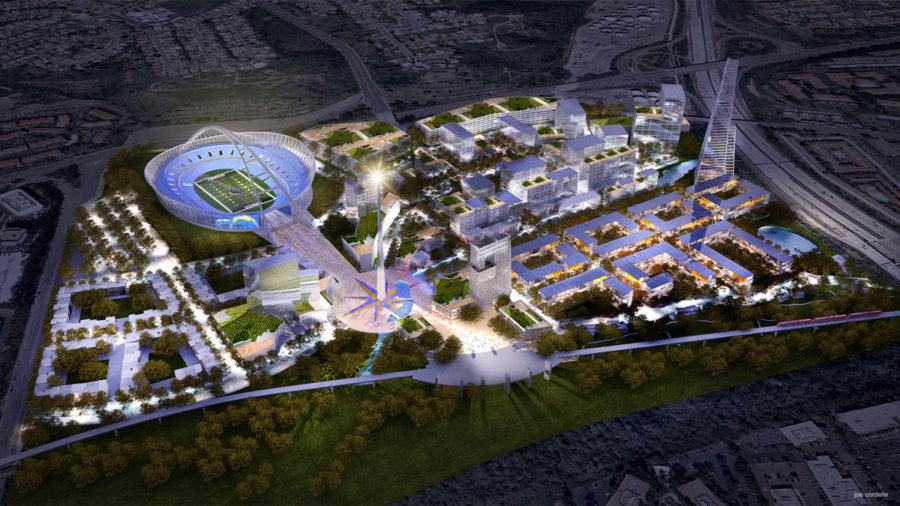 MLS to San Diego and The Sports Elephant In The Room

San Diego wants a top flight professional soccer team to call its own. Well, good news for San Diego, as it was confirmed this past week that the city is indeed one of the ten American metropolitan areas being considered by Major League Soccer as the location for an expansion franchise.

There is an unbridled passion for the game of soccer in San Diego and the surrounding region. There is a multi-cultural love and a breadth of knowledge, backed by one of the most engaging and talent-packed youth soccer communities in the country. Thousands of local residents see top flight professional soccer and San Diego as a match made in heaven.

There’s just one thing that’s not being talked about enough in regard to a potential MLS team in the place dubbed as “America’s Finest City”. To properly examine this topic, we have to briefly step away from soccer entirely. I’m referring to San Diego’s dodgy history with professional sports.

It’s no secret that the NFL’s San Diego Chargers are on their way out of the city. Last ditch efforts to “Save Our Bolts” look as if they were moot at best, as team owner Dean Spanos continues to flirt with dreams of Los Angeles pastures and other American football locales. The voters of San Diego took a bold stand in November when they overwhelmingly rejected the referendum that would’ve seen a proposed $1.15 billion in increased hotel occupancy taxes go towards the Chargers efforts to build a new stadium. It seemed like the nail in the coffin, and the open-letter that was recently sent to Spanos by members of the San Diego City Council (which read in a borderline sarcastic tone, essentially saying he could have a $1 per-year lease for 99 years on a stadium site, as long as the stadium was privately funded) looks like an extra nail for good measure.

Now obviously, the Chargers leaving town has a variety of potential effects as far is MLS is concerned. In fact, the Bolts blazing their Spanos-devised trail to the north could be a major blessing for the folks trying to lure MLS to San Diego. Commissioner Don Garber had no qualms in admitting such, saying that San Diego is a more enticing market for MLS if the Chargers skip town. Garber went on to specifically reference what the NBA’s Seattle Sonics move to Oklahoma City in 2008 did for the growth of the now reigning MLS Cup Champion Seattle Sounders.

That line about the Sonics opened up quite the rabbit hole, and it sadly shot right past Gary Payton, Sean Kemp, and Detlef Schrempf. (It did stop at that great Frasier episode where the Sonics beat the Bulls.) Garber is not the first to shine this specific light. There have been dozens if not hundreds of persuasive articles written by Seattle based journalists over the last few years that cover the topic in grand detail.

Seattle was deeply saddened by the departure of their beloved Sonics, and the timing of the Sounders joining MLS in 2009 provided a perfect outlet for fan healing, in turn helping to yield one of the most loyal followings in all of American soccer. However, to heap much of the praise for the growth of Sounders fandom on the timing of their entrance into Garber’s league and how it related to the goodbye wave of a basketball team is rather disrespectful to the decades upon decades of fascinating soccer history possessed by the city of Seattle and the Pacific Northwest as a whole. Garber also makes a very reasonable point in this, and it is definitely something that is at least relevant to the current situation with the Chargers in San Diego.

On one hand, it’s a pretty simple and logical sports business plan, capitalizing on the temporarily empty souls of thousands of die-hards after their favorite team leaves them in the wind, and quickly guiding them to the full embracing of something new in order to fill the void. That something new is soccer. On another hand, you might say that making soccer converts out of heartbroken fans from other major American sports is a rather desperate way of going about “growing the game”. There’s legitimacy to both feelings.

Weaving this back to San Diego is where this whole ride gets tricky. While the Seattle comparison is relevant, it’s also not completely accurate. In fact, relating it to San Diego unearths some teeth gritting irony.

Sure, Seattle lost the Sonics, but they still had the Seahawks, and many of those same quality journalists in and around the Emerald City have written extensively about how integral the various partnerships between the NFL franchise and the Sounders have been in the success of both organizations. The official partnership ended in 2014, with the Sounders fully taking over their own business operations after being co-operated by the Seahawks front office. But they still share a stadium that is possibly the only place in modern history that is looked at as the provider of the biggest home field advantage in two professional sports. They share their bright and unmistakable colors. They share thousands of fans, something not often seen in cities housing NFL and MLS teams. They share a unique city. They share a professional sporting culture, a culture that is now one of winning championships.

What is San Diego’s sporting culture? It’s likely that someone would casually read that question and answer “surfing”.  Any way you look at it, San Diego does not exactly have a culture of winning championships. The San Diego Sockers are the only active team in the city’s history to be crowned champions of a league, the indoor stalwarts with fifteen to their name. And let’s not forget about all the fantastic, first prize grabbing surfers the area has produced over the years.

Not only has their never been a champion of a major sports league from the city, San Diego doesn’t really have a culture of keeping teams. If/when the Chargers go, the NFL will join the NBA as the second major American sports league to relocate a San Diego Franchise, the Clippers leaving for Los Angeles in 1984 after eight seasons in San Diego. (Even the Sockers went defunct for a while before a recent reincarnation.)

The Padres, despite not playing very good baseball in recent seasons, are at least in San Diego to stay. Routinely right in the middle of Major League Baseball’s attendance rankings, the Pad’s have an element of stability to their organization. But even the beloved Friars, who call one of the finest ballparks in the big leagues their home (a ballpark that took six years to get approved by the city), are tasked with the never-ending challenge of getting people through the gates at Petco Park. Winning obviously helps in that effort, but circumstance and geographical setting also play their roles.

This brings us to two of the most important factors in the aspirations for organizational success and the ongoing struggles of professional sports in San Diego. To put those two factors bluntly, there are a lot of other things to do in the area other than go to a game, and a significant portion of the city’s population aren’t locals. (See Sunday’s Chargers v Raiders Relocation Bowl for corroboration.)

When you look over the other nine cities on the potential MLS expansion ticket, you see cities like St. Louis, Cincinnati, San Antonio, and Charlotte. With no disrespect intended to those cities, they are not exactly spoiled for recreational options and leisure-friendly weather patterns like San Diego. Those cities are also more likely to possess strong loyalty to their hometown teams. That’s not to say there’s not Chargers and Padres fans who are as loyal as any other fan in the world, but in regards to a soccer team, there is a greater chance of a true connection developing between a team and a fanbase when a strong core of that fanbase actually hail from the area.

Then it all comes back to a stadium, a word Don Garber loves perhaps even more than Dean Spanos. Between the Chargers debacle and the original bureaucratic hoops jumped to build Petco Park, San Diego seems far from a city inclined to quickly build a stadium fit to house an MLS team if that stadium has any bearing on the public budget. There are all sorts of rumors flying around regarding stadiums in San Diego, from a complete demolition of Qualcomm Stadium once the Chargers leave to proposed sites in East Village and Chula Vista. They vary in legitimacy, but it should be reiterated that without a fresh stadium, there is no MLS in San Diego.

It should also be pointed out that the earliest an MLS team would begin play in San Diego would be 2020, likely even later. That means over the next few years, San Diegans can still take it upon themselves, without any dependence on the Soccer Don, to support some of the fantastic professional soccer endeavors on display throughout the city.

The Xolos of Club Tijuana in Liga MX are just across the adjacent Mexican-American border and their games are always worth the short trip. But as far as in the city proper, the likes of North County Battalion and San Diego Zest of the PDL and the NPSL’s Albion Pros are giving San Diego the best soccer it has at the moment. With what we’ve seen in Detroit in recent months, (with rapidly growing, nine digit MLS expansion aspirations and big name NBA owners with soccer inclinations colliding with the incredible, independently cultivated, low-budget story of the NPSL’s Detroit City FC) whether any of these San Diego clubs are ever “selected” as part of the MLS bid is almost irrelevant (as well as highly unlikely).

San Diegans should seize the day, and use the upcoming 2017 seasons to support local professional soccer, letting the pandering to Garber and MLS rest for a while as the millionaires, billionaires and actual decision makers play out their conference calls. (There’s also a USA vs. Serbia friendly to attend at Qualcomm Stadium on January 29th, potentially the last ever game of any kind at the old concrete lady they call The Q.)

And if all the variables somehow fall into place, a stadium gets built, and the Soccer Don provides the ultimate blessing that San Diego soccer fans have been yearning for, then maybe, just maybe, that MLS team will be the start of something different in America’s Finest City. Perhaps an MLS franchise could finally be that well supported sporting outfit with the perfect blend of loyalty and stability from all angles, on and off the field, with their home matches being that “can’t miss” type of event. Maybe top-flight professional soccer will be what finally breaks the idea of San Diegans always “having something better to do”. Maybe MLS will be something better.