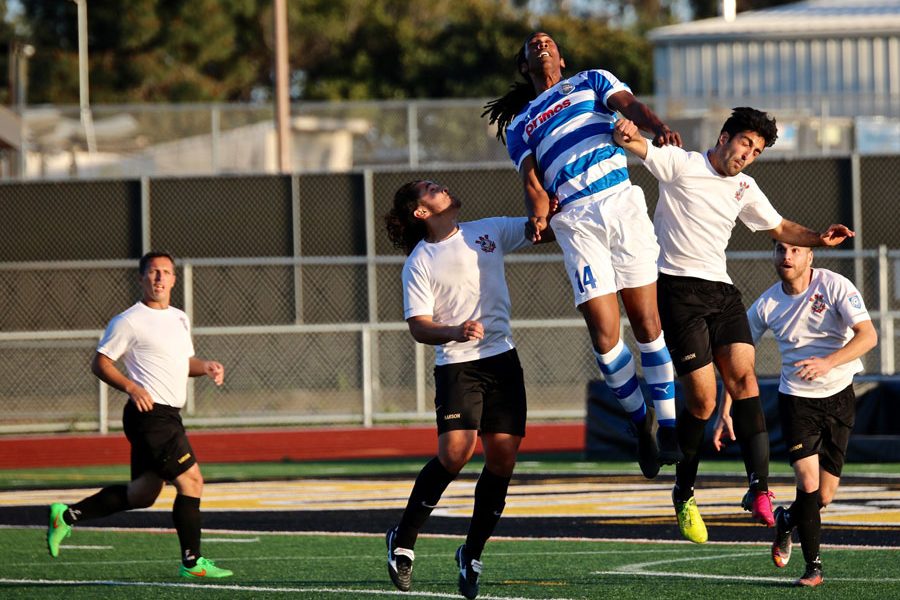 Albion PROS Enter the Business End of the Season

Week nine of the National Premier Soccer League resulted in the third consecutive league victory for an Albion PROS side looking to carry on its rich vein of form in the Southwest Conference and at the same time, was in need of a pick-me-up following a tough exit last week of the U.S. Open Cup at the hands of South Bay side, Chula Vista FC.

Leading the attack on the day were Mitre National Player of the Week Amani Walker, who has accumulated 5 goals and 1 assist this season, and Tre Hayes who along with Walker, found the net in the second half after a scoreless opening interval.

The partnership of Hayes and Walker has been slowly been making itself known in recent weeks and has proven true with fluid attacking play and timely goals. In the last two matches, the pair has linked up to provide 6 goals and three assists.

It seems as gaffer Ziggy Korytoski has set the proper formulas in place and the squad continues to respond on the field.

Today it seems like the memory of a shadowy, distant past when the PROS were having a miserable run of away form. At present, the streak of three wins comes mainly from the away visits, two out of the three to be exact.

Next up for the PROS though, is potentially the toughest home game of the regular season as they welcome one of three unbeaten sides, league leaders Riverside Coras.

In their previous meeting, Coras took a 2-0 over the PROS at UC Riverside. Coras have not lost a match all season, winning seven times and drawing twice. Coras has also accumulated a league-best 27 goals for and the second best defensive record, only yielding 6 goals against.

The PROS will have to rally for another important meeting at home this Saturday in Pacific Beach. Currently sitting in 4th place in the Southwest Conference, a win would go a long way towards establishing Albion PROS’ playoff pedigree. Defeating a Coras side that has been spectacular all season long would be the perfect way to go about setting up for a deep run into the NPSL Playoffs. In the club’s inaugural season, a place in the National Quarter Final was the high water mark. This year, it is the minimum expectation.

The PROS will welcome Riverside Coras at Mission Bay High School this Saturday. Kickoff is set for 6:00 pm and tickets can be found at albionscpros.com.